9/11 Taught Us We Are Vulnerable 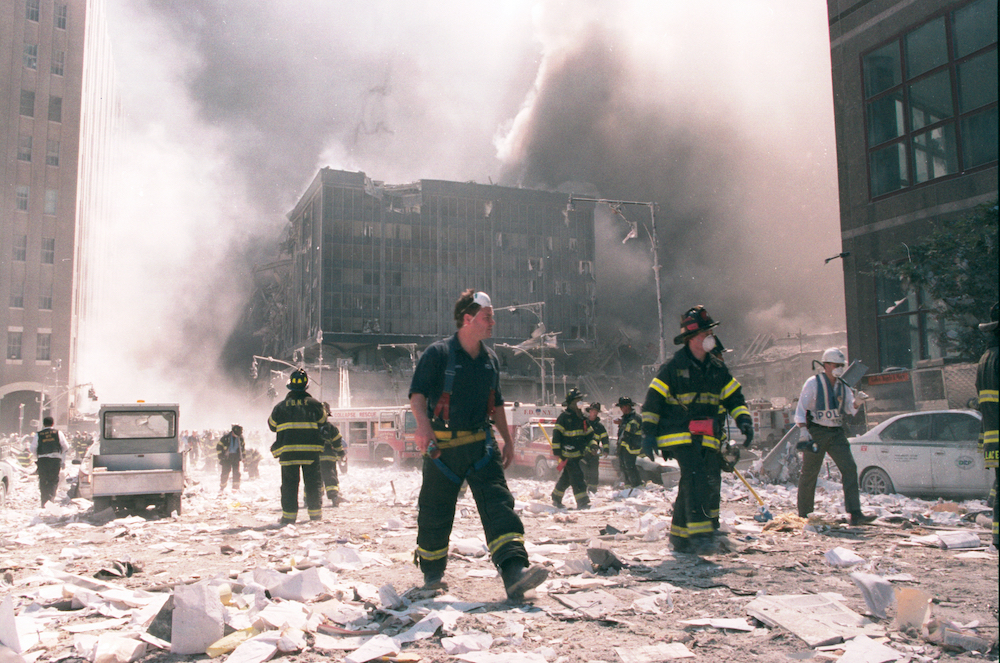 OPINION. After the first jet plane hit the World Trade Center’s north tower at 8:45 a.m. on Sept. 11, 2001, television commentators thought the horrible incident was an aeronautical accident. Then 18 minutes later, another plane struck the south tower on live television. Suddenly, the realization came that America was under attack by terrorists.

As the fateful day unfolded, millions of Americans were glued to their television sets after a plane hit the Pentagon like a bomb and the heroic feat of Americans diverting a commercial airliner on its way reportedly to Washington D.C. into a farmer’s field in Pennsylvania.

The Navajo-Hopi Observer on Sept. 11, 2001 ran a statement by Speaker of the Navajo Nation Council Edward T. Begay informing Navajo Nation citizens that “President Kelsey A. Begaye, several Council Delegates and staff are in Washington, D.C., and were scheduled to attend an important policy meeting today."

"Everyone in the Navajo delegation is safe and the Window Rock offices are in contact with them. We are making plans to transport the Navajo Nation delegation back to Window Rock, Ariz., as soon as all flight restrictions are lifted."

The connection Indian Country had to the World Trade Center began before the tragic events of 9/11. In fact, hundreds of Mohawk ironworkers helped to build the twin towers during the late 1960s and into the 1970s.

After the towers fell on 9/11, many of their descendants lent their hands to clean up the wreckage at what became known as ground zero. The Mohawk story was documented in an exhibition at the National September 11 Memorial & Museum in New York City.

After 9/11, Native Americans enlisted in the U.S. military at a higher percentage than their non-Native counterparts. Photojournalist Steven Clevenger (Osage) spent three years chronicling the involvement of Native Americans during the Iraq War. His project resulted in America's First Warriors: Native Americans and Iraq.

Fascinated by the modern Native American warrior culture, he writes about the definition of warrior “has been basically the same since pre-Columbian times: ‘A warrior is the protector of his people.’”

History records almost 3,000 were killed during the attacks on Sept. 11, 2001. The story of death did not end with the damage perpetrated by the terrorists on 9/11. In a report released earlier this month, the Watson Institute – International & Public Affairs at Brown University reports the post-9/11 wars a staggering 929,000 human lives have been lost with a price tag of over $8 trillion to American taxpayers.

As we commemorate the 20th anniversary of 9/11 today, it is interesting to note only three in four Americans were alive 20 years ago. Almost 29 percent of Americans are younger than 20-years-old.

For those who were alive on 9/11, we came to realize our homelands are vulnerable to attack from foreign terrorists with ideological differences that do not match the precepts of this nation.

But we also have had to observe our vulnerabilities in today’s society—20 years later—with the threat of internal discord, such as the Jan. 6 insurrection and those who are willing to put their fellow Americans at risk because they refuse to get vaccinated against the deadliest pandemic in over a century.

In the ashes of 9/11, we put aside our differences — political, cultural, racial, economic — and came together as one country.  As we remember the darkest day of the 21st century, we must do the same and attempt to work together to make our homelands a safer and more secure nation.