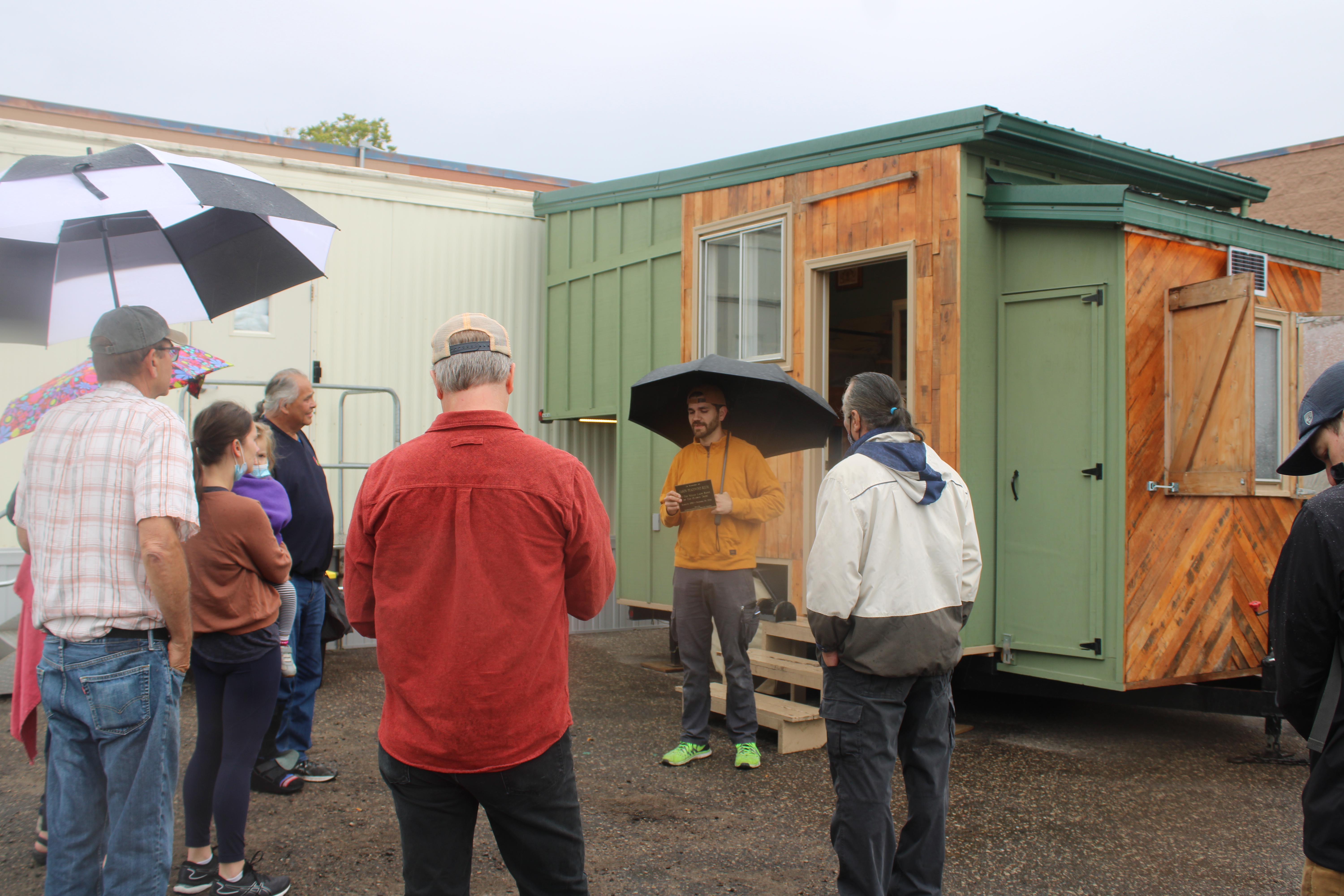 A single tiny home could end up making a big difference for Native Americans struggling to find affordable housing in the Twin Cities.

Today, local builder James MacKenzie donated a tiny home to the nonprofit American Indian Community Development Corporation (AICDC). The home will be sited near the Mino-bimaadiziwin Apartment Complex, owned by the Red Lake Band of Chippewa.

Community leaders in Minneapolis have advocated for tiny homes as a viable solution to the shortage of affordable housing in the Twin Cities metro area. Based in Minneapolis's American Indian Cultural Corridor, AICDC has been providing housing solutions to the American Indian community for more than 30 years. One of the organization's main focuses is addressing homelessness.

"This is a good thing," AICDC Chief Executive Officer Michael Goze said of the tiny home donation. "AICDC will accept this gift for people in need, whether that be an emergency or people needing safe shelter."

Housing and health are often directly linked. A 2019 study found that unsheltered adults are far more likely to suffer from chronic health conditions, mental health issues, trauma, and substance abuse when compared to homeless people who are living in shelters.

MacKenzie’s donation of the tiny home will help give AICDC a needed resource, as well as a model for how tiny homes can help address the housing issues.

How it came to be is not only a story of generosity but also one of tribute.

MacKenzie, a journeyman carpenter living in the metro area, had grown up with a childhood friend who was a Mille Lacs Band of Ojibwe citizen. The friend, Jason Reum, passed away when he was 19 from Leukemia.

"He taught me about Native culture and history," MacKenzie said. "What I learned from Native culture was that they believed the planet was incredibly sacred and that the resources were a blessing, and should not be disrespected or wasted."

While living in the metro area, MacKenzie biked throughout the Twin Cities and saw many tent encampments of shelterless people. Law enforcement frequently targeted the tent cities, clearing them out and sometimes demolishing people’s property in the process.

He started refurbishing an old Bobcat trailer he bought off Craigslist and, with the help of a friend, spent more than $20,000 and 1,400 hours building a tiny house that he says is self-sustaining.

"It can run on 120 volts, and I can even heat and cook food on solar power," McKenzie said.

The house includes a solar system with a battery, a compost toilet, a water collectible tank and a water hold.

"I wasn't ready to lose Jason, and it was devastating to his community," MacKenzie said. "I looked deep into my heart and decided that since I could not give Jason time, then time is what I would sacrifice in his honor."

Many of the Twin Cities's shelterless people are Indigenous, and for years, leaders have been offering solutions, including building a tiny home village some call "Red Road Village."

McKenzie's tiny home donation serves as a beacon of hope for those who wish to see Red Road Village come to life.

Forcia has also proposed to the City of Minneapolis that it return East Phillips Park in south Minneapolis.