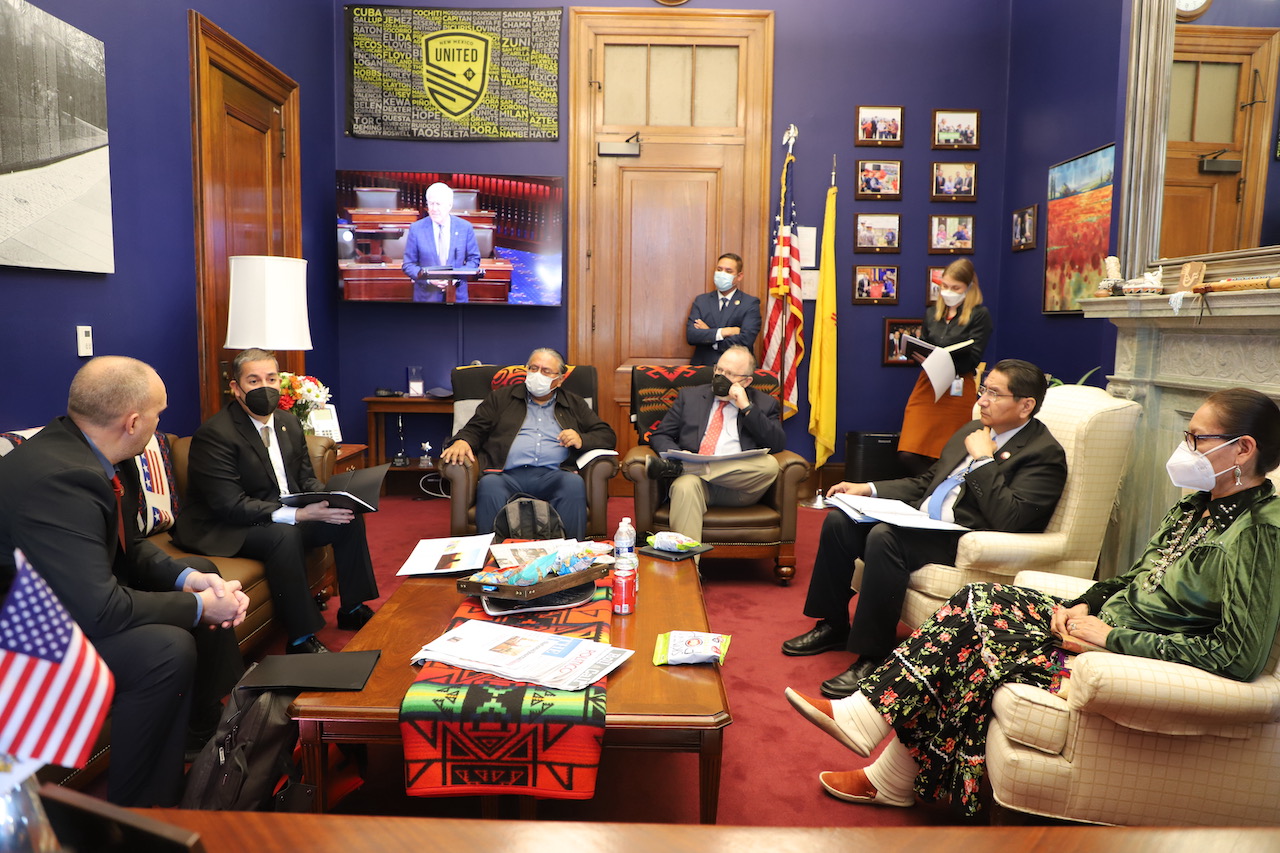 The U.S. Senate on Thursday unanimously approved a two-year extension of an act giving compensation to people who were exposed to radiation from atomic weapons testing and uranium mining. The Radiation Exposure Compensation Act (RECA), which is set to expire in July, provides one-time benefit payments to those who have been diagnosed with cancer or other diseases relating to radiation exposure. The extension now awaits approval by the House.

Since its creation in 1990, RECA has given over $2.4 billion in benefits to more than 38,000 people in Nevada, Utah and other impacted areas. Compensation is available to several groups, including “onsite participants” involved in atmospheric test of an atomic weapon, “downwinders” who were present in certain areas near test sites, and uranium miners, millers and ore transporters who worked with uranium. If passed, the extension would give people more time to apply for compensation.

Navajo Nation President Jonathan Nez applauded the Senate’s approval of the extension, saying it “demonstrates strong bi-partisan support for former uranium miners, downwinders, and many others who have to live with the devastating health effects to this day.”

In March, Nez met with members of both political parties in Washington, D.C., where he voiced the concerns of Navajo people experiencing health impacts due to radioactive contamination and exposure from abandoned uranium mines.

“This is a united effort on behalf of former uranium miners and their families, to secure just compensation and benefits for the health issues and detrimental impacts of uranium mining conducted by the federal government,” Nez said in a Navajo Nation press release. “The RECA bill is an opportunity for Congress to be a part of something historic for the Navajo people, the Navajo Uranium Radiation Victims Committee, and other impacted groups.”

Nez encouraged legislators to work toward a long-term solution that would extend RECA until 2040. A bill sponsored by Idaho Sen. Mike Crapo proposes to expand and extend RECA for another 19 years following the bill’s enactment.

Navajo Nation is pushing for this expansion to include all downwinders, create additional categories of uranium workers and radiation-related illnesses, and increase the minimum compensation received by affected individuals.


The Native News Health Desk is made possible by a generous grant from the National Institute for Health Care Management Foundation as well as sponsorship support from RxDestroyer, The Leukemia & Lymphoma Society and the American Dental Association. This grant funding and sponsorship support have no effect on editorial consideration in Native News Online.
About The Author
Author: Kelsey TurnerEmail: This email address is being protected from spambots. You need JavaScript enabled to view it.
Kelsey Turner is a contributing writer for Native News Online and a graduate student at the Medill School of Journalism at Northwestern University.
Breaking News