For more than 114 days, Annie Neevee Buscemi (Inuk) has woken up in her home in the Canadian territory of Nunavut to the same routine. She sits on her bed facing the window and records an Inuit-specific reason to stay alive. 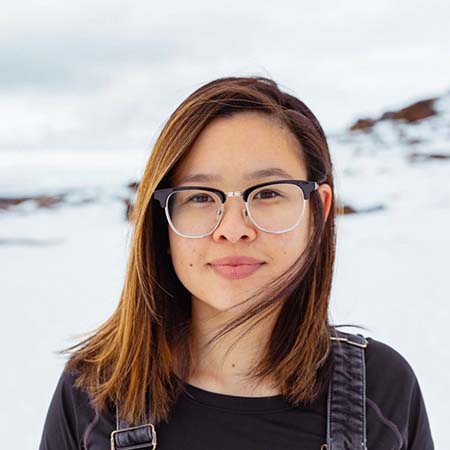 “Ullaakkut, good morning,” Buscemi, who speaks in a gentle, fluttery voice, greets her following of more than 5,000 Instagram viewers at the beginning of each video. ‘Ullaakkut’ –– also the name of her Instagram account –– means good morning in Inuktitut.

“Today I think we should stay alive for pisiit,” Buscemi told viewers last week. “A pisiq is a traditional song sung by the Inuit, almost like a chant, sometimes accompanied by a drum,” she explained. “Pisiit express feelings. Inuit believe that thoughts or feelings of anger and regret should be expressed, or released in a way, and pisiit were a way to do that for Inuit.”

In Buscemi’s hometown of Iqaluit, the capital city of nearly 8,000 people in Nunavut that serves as a hub for surrounding villages, the 23-year-old said it’s impossible to find someone that hasn’t been touched by suicide in one way or another.

“I can't even count how many people that have been in my life that have lost their life to suicide,” she told Native News Online. “And these communities are so small, that it affects the whole community.”

Inuit in Canada have among the highest suicide rates in the world, primarily among their youth, according to The Canadian Journal of Psychiatry.

Part of the reason is because of intergenerational trauma stemming from colonialism, which accounts for a loss of culture and identity among young people, said Carol Hopkins, executive director of a Canadian nonprofit contributing to the Thunderbird Partnership Foundation, a Native wellness institute.

Buscemi, an electrical apprentice who stopped working in the fall due to medical reasons, has approached her series with the same framework. The young Inuk began her series on Oct. 1 to keep her spirits up and combat her own mental health issues.

“I know a lot of other Inuit youth struggle to find the simple joys in life,” she said. “It also took me a long time, as well.”

In Nunavut, there are few mental health resources, so Buscemi’s videos reach a range of people that might otherwise not have access to a trip to the hub city to visit the behavioral health clinic.

She began by brainstorming daily Inuk-specific reasons to stay alive, ranging from the Inuk that can spot animals from a far distance, to community bowhead whale hunts, to return of the sun celebrations. Buscemi gives people mini cultural lessons in her short video clips, often elaborating to include historical context on Inuit practices. Though her target audience was Inuit youth, Buscemi was surprised to find her following spanning across the country and even the world

“I get messages every day from not only just Inuk people like me, but from non-Inuk as well that feel that they resonate with the reasons that I put out,” she said. Some even credit her for saving a life. “I think that's the most beautiful thing.”

One follower, an Alaska Native from Utqiaġvik –– on the other side of North America from Buscemi –– told Native News Online that the Ullaakkut series appeals to her because of a shared worldview.

“As an Alaska Native Iñupiaq, I grew up hyperaware of the loss that our communities experience all too often due to suicide,” Alice Qannik Glenn (Iñupiaq) said. “I know a lot of people that go through hardships and feel like they don’t have anyone one to talk to because the western approach to counseling just doesn’t feel right.”

Glenn said that Buscemi’s culturally-relevant videos are powerful, because they make her feel understood. “For me, it immediately disarms my defense mechanisms and allows me to really connect with her messaging,” she said. “Her messages focus on wellness and strengthening our values, rather than fixing deficits.”

When she began posting self-editing videos on TikTok and Instagram, Buscemi said she didn’t expect to gain so much traction. Now, she has followers such as French-Canadian Inuk singer Elisapie Isaac, and Black author and activist from New York, Rachel Cargle. “It's amazing to find these very huge, influential people follow me,” she said.

But Buscemi herself is becoming an influential person.

Pauktuutit Women of Canada, an Inuit women’s advocacy group based in Ottawa, recognized Buscemi with a “Young Inuk Woman of the Year Award” in January. She’s also discussing a potential partnership opportunity with the city’s behavioral health department.

“She has moved towards a different approach to mental health and we're so happy to see youth interacting and responding to the direction Annie is going with,” ELC program coordinator Tooma Laisa said.

For Buscemi, her series has given her countless reasons to stay alive, and to help others do the same.

“Starting the series has immensely changed my life,” Buscemi said.

If you or someone you know is in crisis, please contact your local health center or the Royal Canadian Mounted Police. The Nunavut Kamatsiaqtut Helpline (Inuktitut, English) can be reached 24 hours a day, seven days a week, at 867-979-3333, or toll-free 1-800-265-3333. If you wish to donate to the cause, the Nunavut Helpline and Embrace Life Council both accept donations.