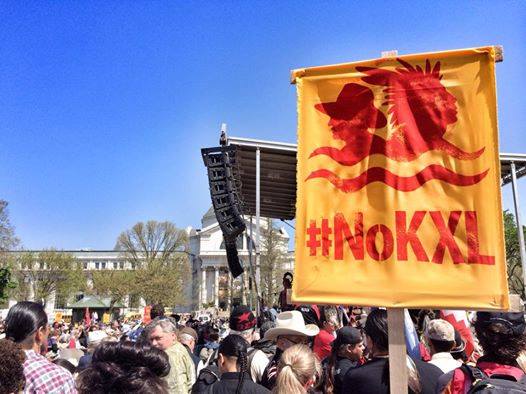 CALGARY, Alberta — TC Energy Corporation confirmed on Wednesday, after consultation with its partner, the Government of Alberta. it has terminated the Keystone XL pipeline (KXL).

On his first day in office, on January 20, 2021, President Joe Biden signed an Executive Order revoking the KXL pipeline permit issued by the Trump administration.

“The Company will continue to coordinate with regulators, stakeholders and Indigenous groups to meet its environmental and regulatory commitments and ensure a safe termination of and exit from the Project,” TC Energy Corporation said in a press release.

“This is great news for the Tribes who have been fighting to protect our people and our lands. The treaties and laws guarantee us protections, and we are committed to see that those laws are upheld," Rosebud Sioux Tribe President Rodney M. Bordeaux said after Wednesday's announcement.

For Faith Spotted Eagle (Yankton Sioux), Elder of Brave Heart Society and Chair of Ihanktonwan Treaty Committee who fought the KXL since it was first proposed, Wednesday was surreal. She told Native News Online that the fight for treaty and environment rights was not about who did what first, it was about coming together inter-generationally and even beyond racial divides.

"After news of the KXL final termination, I went to the Missouri River to give thanks. The same river that heard my anger and tears after brutal state and federal hearings that turned deaf ears to our cultural wisdom and place-based knowledge. She, the land and animals already knew, but the water prayers were also for those who fought with us hard but had left early to the spirit world,” Spotted Eagle told Native News Online.

Spotted Eagle says she remembers those who fought the against the pipeline, but have gone to the spirit world.

“I felt the smiles of Deb White Plume, Rosalie Little Thunder, Tom Poor Bear, Bob Geoff and other Cowboys and Indians and landowners.”

She recalled a Facebook photograph of a group of those who opposed the pipeline at a public utilities commission.

"We were labeled KXL terminators and you know, we lived up to our name," Spotted Eagle said. "Yes we did! We opened doors that are wide open to attack 'the list of 100' things we have yet to do for our home, Grandmother Earth! For now, let’s do that unity dance to the drum and enjoy this red day for the coming generations of all things."

“After more than 10 years of organizing we have finally defeated an oil giant, Keystone XL is dead! We are dancing in our hearts because of this victory! From Dene territories in Northern Alberta to Indigenous lands along the Gulf of Mexico, we stood hand-in-hand to protect the next seven generations of life, the water and our communities from this dirty tar sands pipeline. And that struggle is vindicated. This is not the end - but merely the beginning of further victories. There are still frontline Indigenous water protectors like Oscar High Elk who face charges for standing against the Keystone XL pipeline.”