‘It’s a big deal’: House Passes Funding that would Pay for the Relocation of Three Coastal Tribes in Washington 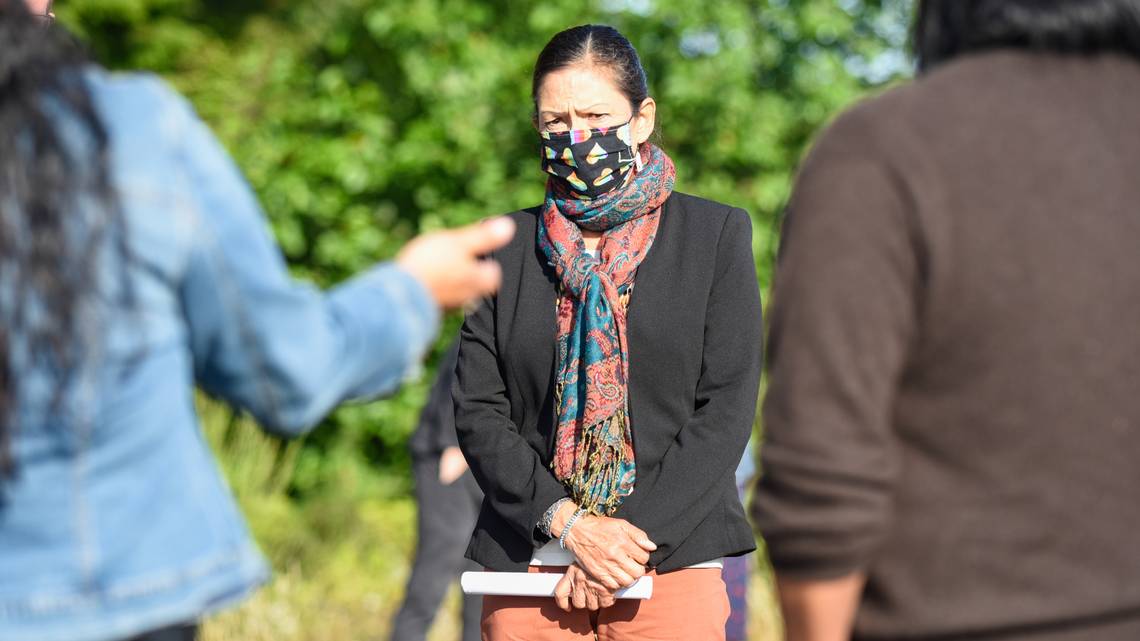 The federal government is set to make good on its trust responsibility by paying for the climate-change caused relocation of three coastal tribes in Western Washington.

The relocation funding, introduced by U.S. Representative Derek Kilmer (WA-06), must now pass the Senate and be signed into law by the president.

If approved, the Hoh Tribe would receive $1.7 million to build out essential infrastructure and bring sufficient electrical infrastructure to each commercial, governmental, and residential lot, according to Kilmer’s summary. Additionally, it would pay to connect the tribe’s existing water and sewer lines to a relocated reservation area.

The Quileute Tribe would receive close to $1.5 million in funding to help them finish developing a reliable water source as they move their communities to higher ground to escape tsunami risk.

The Quinault Indian Nation’s relocation would get half a million dollars to relocate 70 families in their village currently within risk of the tsunami zone.

“Climate change and rising sea levels are threatening coastal communities across our region – including the homelands of several of our region’s tribes,” Rep. Kilmer said in a statement. “The federal government has an obligation to fulfill its trust and treaty responsibilities and to make sure that people aren’t put at risk. It’s a big deal that this funding for the Quinault Indian Nation, the Quileute Tribe, and the Hoh Tribe, has passed the House. I’ll keep pushing to ensure these tribal communities get the support they need as they seek to move to higher ground and keep their people out of harm’s way.”

Quinault Indian Nation President Guy Capoeman, said that the tribe has decided it must relocate Taholah Village to higher ground due to threat of increased storm surge, continued riverine flooding, and tsunami threat.

“When we see that ocean breach up to our only store, our community center, our jailhouse, our courthouse — every one of these is a reminder that we are in harm’s way… We have a duty to protect our community,” Fawn Sharp, vice president of the Quinault Indian Nation and president of the National Congress of American Indians previously told The News Tribune.

This past August, Department of the Interior secretary Deb Haaland visited the Quinault Indian Nation. During the address, she highlighted the bipartisan infrastructure deal’s $216 million allocation to tribal communities for climate resilience, adaptation and community relocation.

“It’s pretty clear and it’s pretty easy to see … why we need to take action and why we need to do everything we can to protect these beautiful areas,” Haaland said. “For the sake of nature, but also because people have lived here for thousands of years and they deserve to have their homeland preserved. They deserve to know that in the future their grandchildren can rely on a place that is their ancestral homeland.”