Fawn Sharp at Davos: ‘Chief Seattle Taught Us All Things are Connected’ 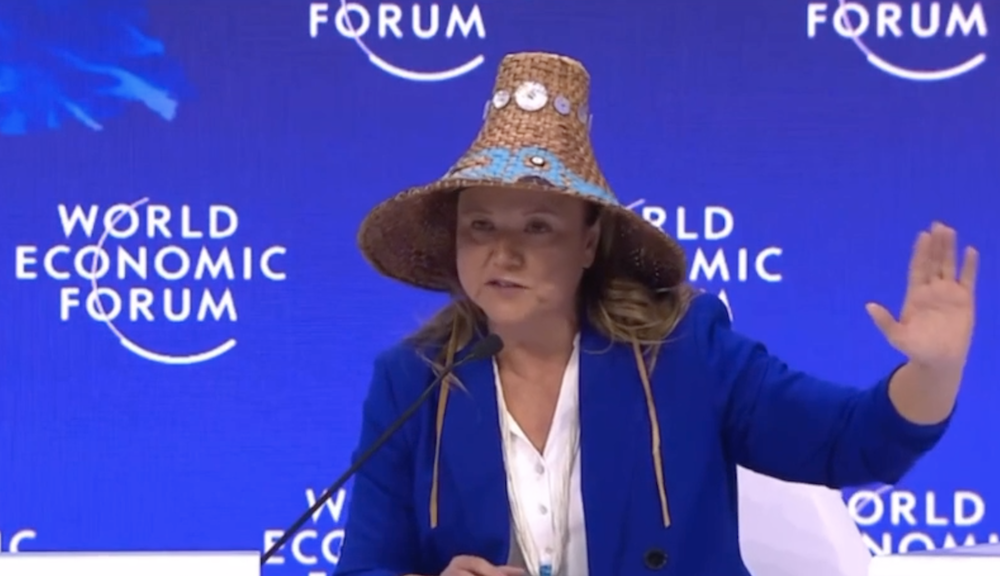 National Congress of American Indians (NCAI) President Fawn Sharp (Quinault Nation) took to the world stage on Wednesday in Davos, Switzerland to bring the Indigenous perspective as a panelist on climate change.

Sitting next to former Vice President Al Gore, Sharp was part of the “Leading the Charge Through Earth’s New Normal” panel discussion that provided an overview of how climate change impacts economies around the world.

“One-third of all US territories are owned or governed by Indigenous communities, and 91 percent of this land is actually in good or fair ecological condition. So they are contributing disproportionately to the health of our ecosystem,” Neo said.

During her remarks, Sharp invoked Chief Seattle, who is famous for his 1854 speech on environmental issues.

“Chief Seattle taught us that all things are connected. What we do to the earth, we do to ourselves. We are but one strand in a very complex web of life,” Sharp said.

In addition to her duties as NCAI’s president and political leadership of the Quinault Nation in Washington state, Sharp has done extensive work in the realm of environmental protections.

In 2018, Sharp co-authored and co-led the state of Washington’s Initiative-1631, the most aggressive climate change initiative in American history.

“It's important to understand from our perspective, we've been taught through the ages that every life form on the face of the planet has its proper place as divinely ordained by our Almighty Creator,” Sharp said.

Sharp emphasized the importance of Indigenous knowledge that was given in the past generations and then passed down through generations about how to take care of the environment.

“I want to make it very clear here today. Indigenous peoples are not weak and vulnerable. We are strong, we are resilient. We have in our DNA ancestral knowledge that goes back from that very first generation that was called to planet earth. We were taught these things. And through the ages, generation after generation, we have taken that knowledge and we passed it on to future generations looking seven generations out,” Sharp said.

Besides Sharp and Gore, the panel included: Andrew Forrest , chairman and founder, Fortescue Metals Group, from Australia; President Gustavo Francisco Petro Urrego, Colombia; Roshni Nadar Malhotra, chairperson, HCLTech, from India; Community of Chairpersons; Marc Benioff , chair and co-chief executive officer of software company Salesforce and a member of board of trustees of the World Economic Forum, from the United States.

Neo asked each panelist for one word to leave behind. Sharp’s word was “Indigenous.”