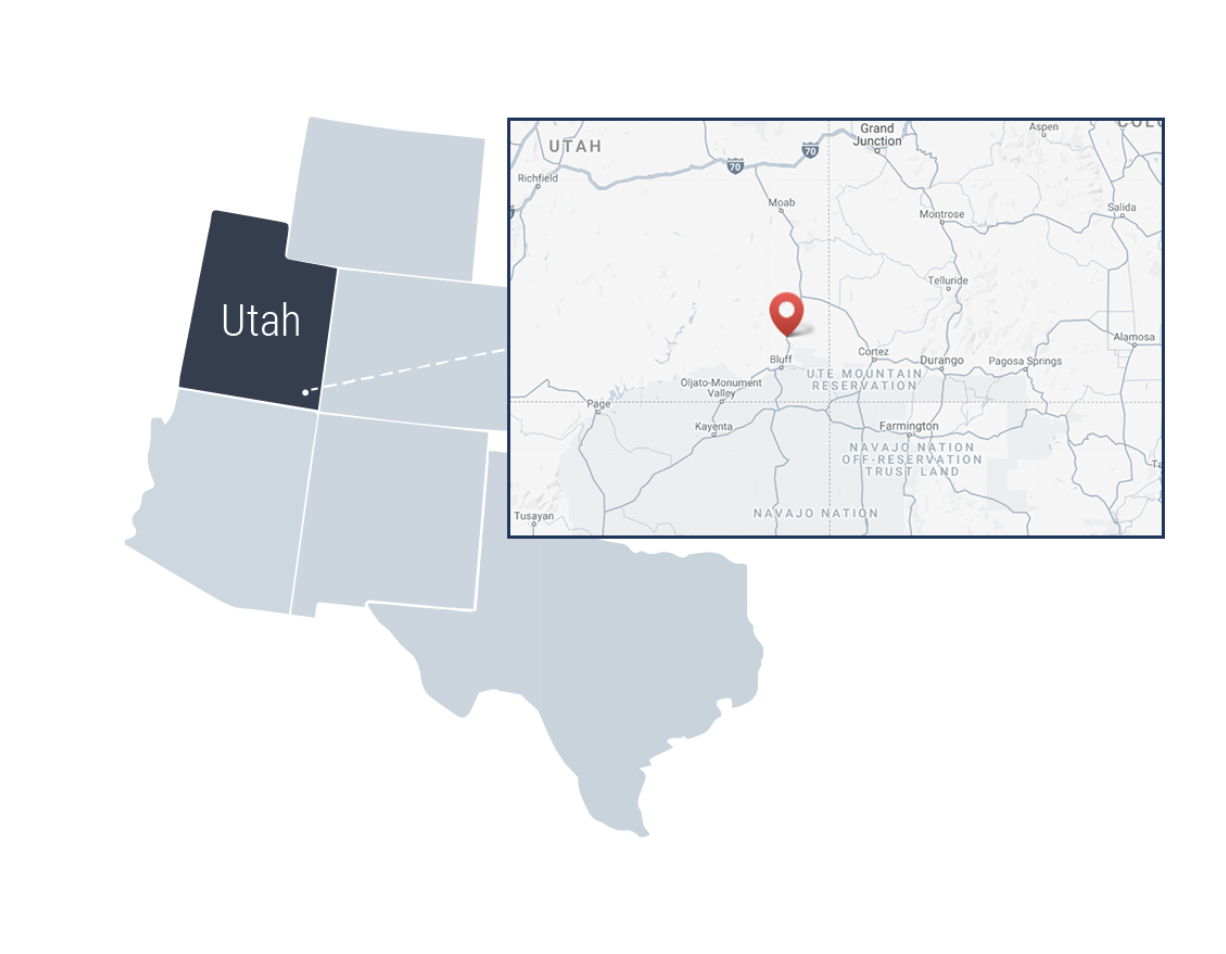 Citizens of the Ute Mountain Ute community of White Mesa, Utah, have long been concerned about contamination from the uranium mill three miles away. They say it is desecrating sacred sites and the tribes’ cultural resources.

That fear was realized last week, when the Environmental Protection Agency (EPA) determined that the White Mesa Mill—the only active uranium mill in the country— was not properly storing it’s waste.

“They are bringing toxic waste, radioactive waste, from places all across the United States to the mill in White Mesa,” Yolanda Badback, a White Mesa Concerned Community member said in an October news release organizing a protest against the mill. “In the past, some has spilled. I can smell the mill from my house when it’s running. We are the closest community. If there’s a spill, or an accident, it’s our children who ride the school bus on these roads with the trucks every morning. That’s why we’re standing up and saying: Enough. We want to keep our home and our children safe.” White Mesa Concerned Community is a grassroots group of tribal members.

While it should have been storing its uranium waste submerged in liquid to reduce radio emission, the federal agency found that a portion of the waste was exposed to the air and emitting ten times the emissions than the covered waste, according to a letter penned by the EPA enforcement branch to the company who owns the mill.

As a result, the EPA issued the mill an “unacceptability notice” last week, meaning the White Mesa Mill can no longer accept radioactive waste materials from certain Superfund sites, a program to clean up contaminated sites created by Congress.

The mill, which opened in 1980 with a projected closing date of 15 years, has far exceeded its expected lifespan. White Mesa Mill’s owners, Energy Fuel Resources, have kept it going by accepting the “alternate feeds” in the 1990s, meaning radioactive waste streams that are not uranium ore, including material from cleanup activities at Superfund sites.

The program allowed for Superfund sites to dispose of hazardous materials, and the White Mesa Mill benefitted by getting paid to mill radioactive material that also contained some amount of uranium product.

“We were extremely surprised to have received this recent correspondence, as this matter has been discussed in detail with EPA in the past,” the company tweeted on December 5 in response to the letter. “We are not relying on this week's EPA letter for any significant feed materials at this time, so this matter will not have a material effect on our operations pending resolution.”

Tribal members are worried about another potential extension for the lifespan of the mill: In 2019, the company applied to modify its license with the state to begin accepting radioactive waste from Estonia, 5,000 miles away.

In June, the Ute Mountain Ute’s tribal council unanimously called for the mill to be closed due to “severe health impacts on the residents of White Mesa and should cease entirely.”

Tim Peterson, cultural landscapes director at the nearby environmental advocacy group Grand Canyon Trust, has worked with the Ute Mountain Ute Tribe’s environmental department for years. Peterson told Native News Online that the EPA order essentially just shifts the burden from one tribe to another.

“With this order, EPA has prohibited the White Mesa Mill from accepting any more radioactive waste from the Midnite Mine superfund site on the Spokane (Sqeliz) Reservation,” he said. “While the Sqeliz deserve to be free of this contamination, exporting the radioactivity to this mill on the doorstep of the White Mesa Ute community just shifts the burden of contamination from one Tribal community to another. It’s a textbook example of environmental racism, and both Indigenous communities deserve to be free from the burden of nuclear colonialism.”