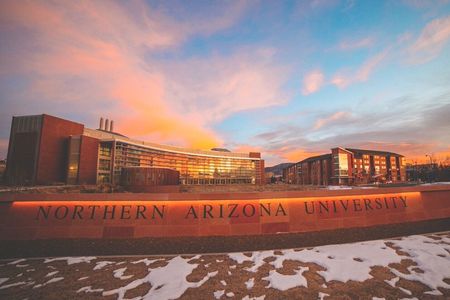 NAU announced it received a $5 million grant from the Mellon Foundation to develop and implement the Seven Generations Signature Initiative (7GSI) over the next three years. To make the initiative even more transformative, the Flagstaff-based university’s foundation matched the grant by contributing another $5 million.

“The breadth of this $10 million Seven Generations Signature Initiative demonstrates how NAU has infused its commitment to Indigenous Peoples into all our work, from leading scholarship and meaningful engagement to student belonging and success," Rivera said in a statement."I am thankful for the support and investment from the Mellon Foundation and the NAU Foundation in making this possible and look forward to the exceptional contributions NAU will make toward delivering on our commitment to be the nation’s leading institution serving Indigenous Peoples.”

The 7GSI proposal was inspired by NAU’s commitment to Indigenous Peoples, which is articulated in NAU’s strategic plan, NAU 2025 – Elevating Excellence:

In recognition of the unique sovereign status of Native Nations and the sacred land on which the university was built, NAU will continue its intentional support for Indigenous students, faculty and staff; develop university-wide culturally responsive educational opportunities and programming and build mutually beneficial partnerships with Indigenous communities that will position NAU as the nation’s leading university serving Indigenous Peoples.

The key components in 7GSI include the following: