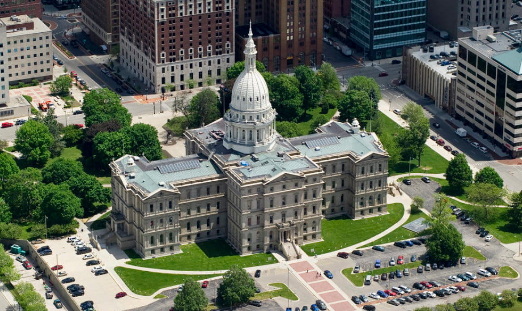 A bill introduced in the Michigan Legislature last month aims to encourage the State Board of Education to ensure that accurate history about Indian boarding schools is taught to grades 8th through 12th. Currently, some secondary schools already teach include Indian boarding schools history in their curriculum, but many people believe that there are not enough school districts that do.

The bill, SB876, was introduced by Republican Michigan state Sen. Wayne Schmidt in the Michigan State Senate on Feb. 16, 2022. A co-sponsor of the legislation was Michigan state Sen. Irwin, a Democrat, who is a tribal citizen of the Sault Ste. Marie Tribe of Chippewa.

“I think it's important that kids learn about history and civics, but it's especially important that they learn about our history here in Michigan. And that necessarily includes the history of the Tribes and the people who lived here long before European settlers got here. And it absolutely must include the history of these Indian boarding schools, which was an incredibly terrible and racist effort that our very government engaged in to try to erase these cultures, or race these languages and eradicate these people,” Irwin said to Native News Online.

Recently, conversations regarding Critical Race Theory have been all over the media. People have been questioning what it means, and if it should even be taught in K-12.

Senator Irwin expressed his concern about whether or not his Republican counterparts will push back on this bill saying:

“I do expect pushback. Because race and racism is such an important part of politics in America today,” Irwin said.

“There are a lot of folks who, lately, have been using the ‘boogeyman’ of Critical Race Theory, pretending that that's taught in our schools and trying to use that to scare people into thinking that schools are some sort of left wing indoctrination center. It's just ridiculous,” Irwin continued. “I expect some of my colleagues will oppose this because they want to play into that message, because that message is advantageous to them. You know, racism is advantageous to some people's politics.”