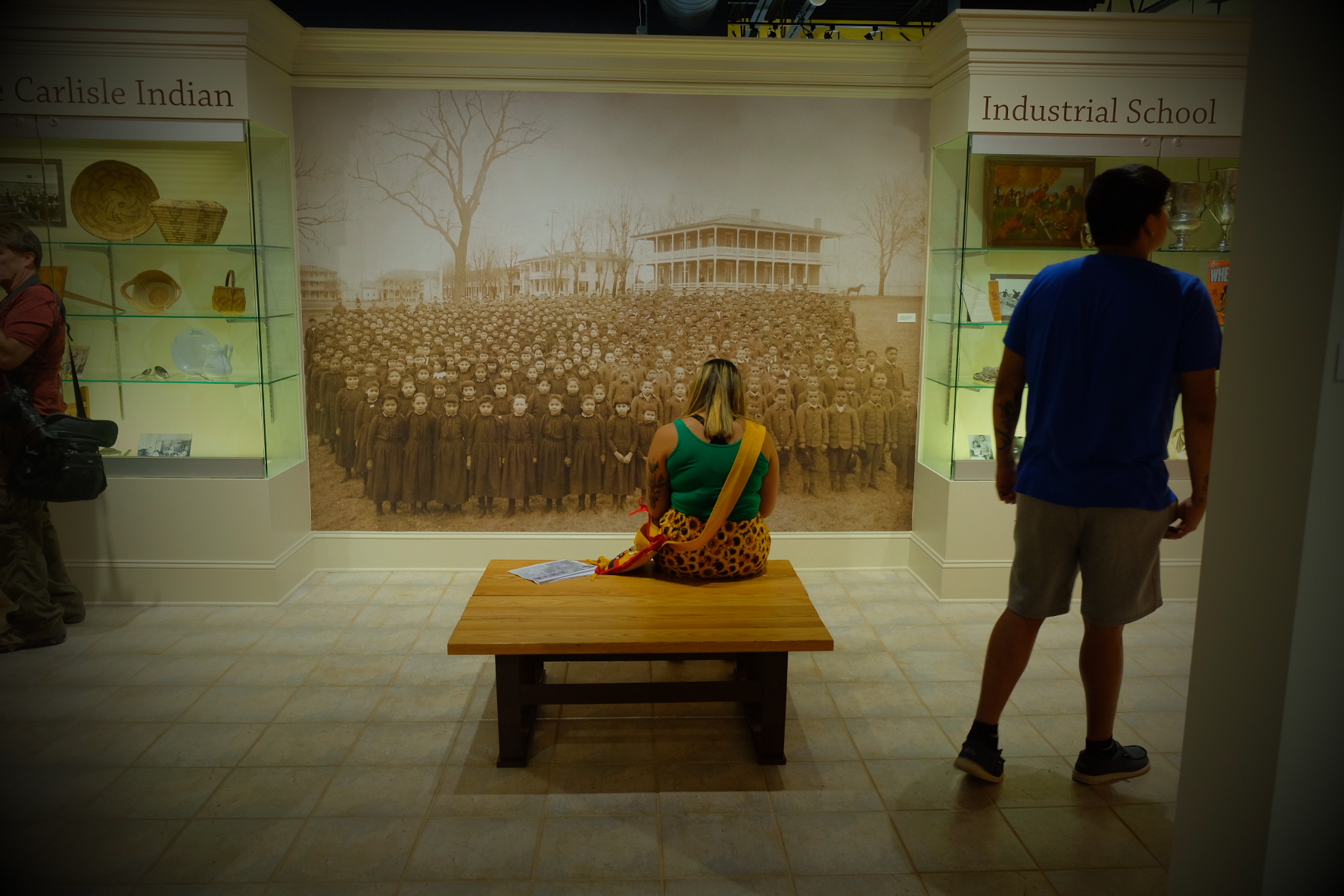 CARLISLE, Pa. — Twenty-three-year-old Christopher Eagle Bear from the Rosebud Sioux tribe in South Dakota has been growing out his hair since he visited the site of the former Carlisle Indian Industrial School six years ago.

The trip, made by the Rosebud Sioux youth council in 2015, sparked a group of young tribal members to initiate a tribe-backed resolution to bring home their nine ancestors who died at the school as children some 140 years ago.

Six years after his initial visit, Eagle Bear’s hair falls down below the waist of his traditional regalia. He is back in Carlisle this week to bring his relatives home.

The Army’s Office of Army Cemeteries, which oversees the former school grounds, has agreed to exhume the remains of nine Rosebud Sioux children and return them to the tribe on Wednesday, July 14.

“It’s been a long process, but once this thing started … it gave me a sense of purpose of what I need to do to move forward,” Eagle Bear said at the tribe’s Tuesday evening press conference at the Fairfield Inn hotel lobby where tribal members are staying.  “And my hair has to show for that, because I didn't start growing up my hair till after I found my identity as a Lakota.”

The group, including 11 youth council members, traveled from South Dakota in two vans and a car this week to bring their relatives home. 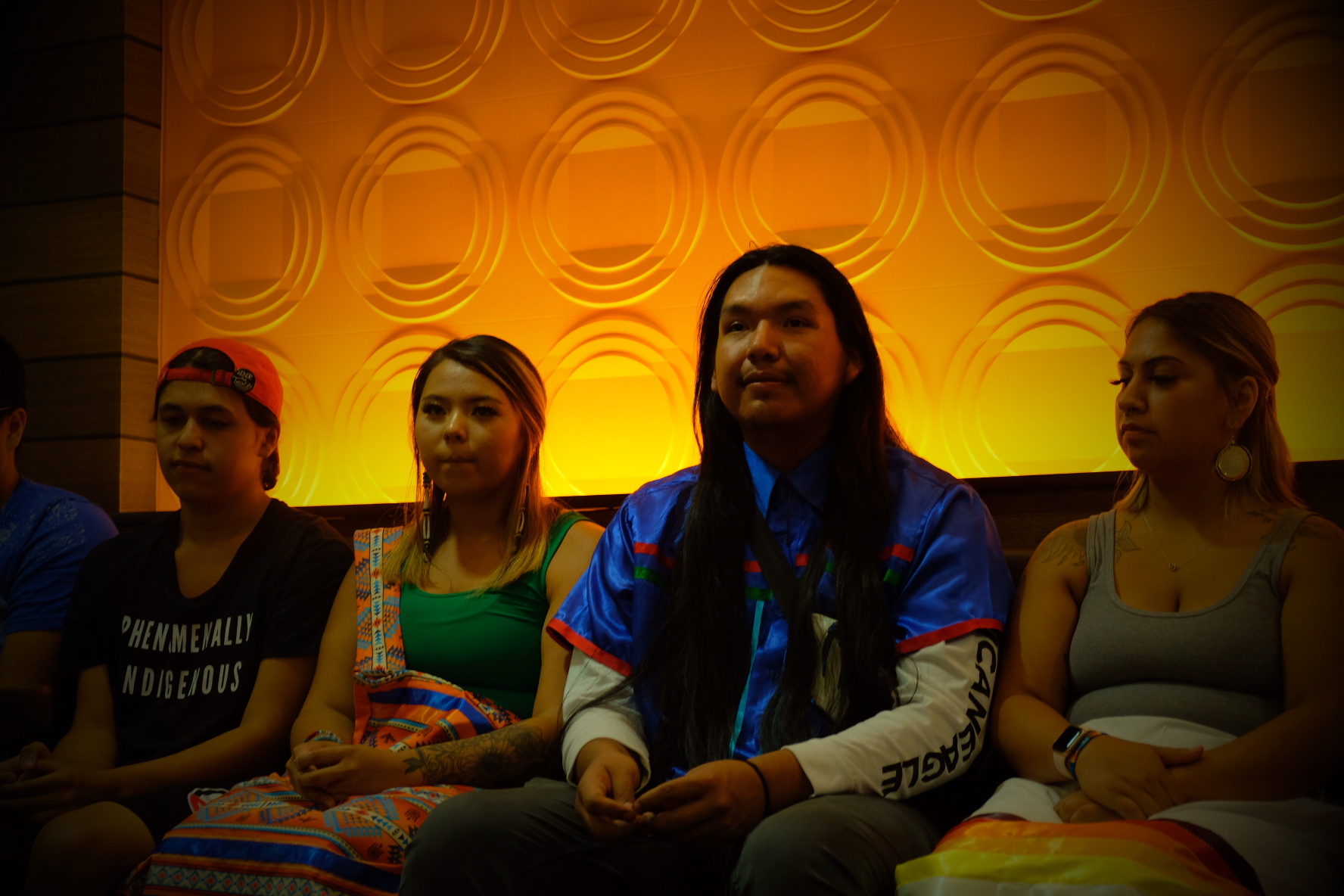 Christopher Eagle Bear, 23, is flanked by (left) Asia Black Bull, 21, and (right) Mahpiya Murray, 23, all three of whom were original youth council members who visited Carlisle in 2015 and began the effort to exhume and repatriate their relatives. (Photo: Jenna Kunze)

On Wednesday morning, the transfer ceremony will begin at 9 a.m. at the Carlisle Barracks. Rosebud Sioux tribal council member Russell Eagle Bear, who calls himself a quasi-chaperone, said the transfer — which involves removal of the children’s remains from the interred boxes to new boxes lined with buffalo in order to bring them home for reburial — will begin and end in prayer.

Immediately following the ceremony, the group will caravan back to South Dakota, following the reverse route their ancestors took to Carlisle in paddle boats and trains more than a century ago.

Secretary of the Interior Deb Haaland (Laguna Pueblo), whose ancestors also attended Carlisle Indian Industrial School, is slated to be in attendance, according to the tribe. A DOI spokesperson on Monday confirmed her invitation.

The Carlisle Indian Industrial School was established at the former U.S. army barracks by the Bureau of Indian Affairs in 1879, and served as the United States’ first off-reservation boarding school for Indigenous children. Over the next 39 years, some 7,800 Native children were forcibly removed from their homes across Indian Country and sent to the Carlisle Indian school as part of the U.S. government’s assimilationist agenda, according to archivist Jim Gerencser from the Carlisle Indian School Digital Research Center, run by nearby Dickinson College.

It was founded by Brigadier General Richard Henry Pratt, whose common refrain from an 1892 speech was to “kill the Indian, save the man.” Carlisle was one of 357 Indigenous boarding schools that operated throughout the country.

Until it closed in 1918, the school buried the bodies of 194 Indigenous children in the school cemetery, including 14 of whom are marked with “unknown” grave markers. Many of the students’ deaths were announced in the local newspaper at the time, noting causes of death as “consummation,” or tuberculosis, or detailing circumstances of unknown sickness. In 1927, the U.S. Army moved the gravesite from its original location to a street next to the barracks entrance.

After the school closed, it was taken back under army control for returning soldiers from World War I. Its grounds are currently part of the U.S. Army War College.

Five of the deceased children set to return home were among the first group of 84 Lakota children from the Rosebud and Pine Ridge Agencies that rolled into the Carlisle train station on Oct. 6, 1879, according to Pratt’s archived documents. 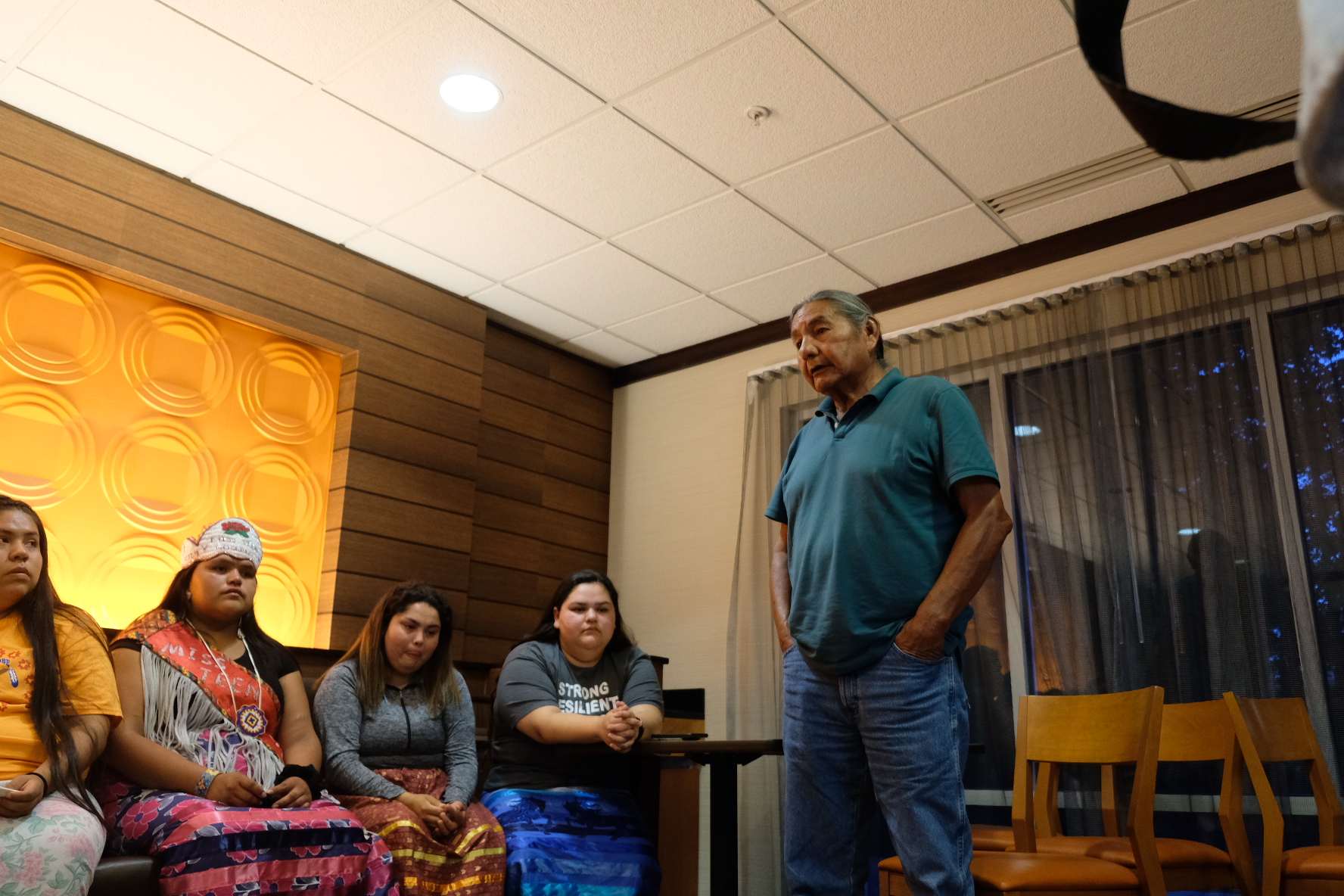 After learning of their children’s deaths, Chiefs White Thunder and Swift Bear— the respective parents of Ernest and Maud— wrote to Pratt on Dec. 29, 1880. In their letter, they requested the bodies of their children be returned for burial, according to the original document archived by the Carlisle Indian School Digital Research Center. It is not known if Pratt ever responded, but the children were never returned.

“The letter should have been answered,” said Robert Becker, 67, Maud’s closest descendant who traveled with the tribe to Carlisle to bring his great grandmother back home. Becker said that although he felt disheartened by the apparent mistreatment of his ancestors at Carlisle, he would leave feeling “fully content” with the youth council’s work to bring their children home.

Becker said that Maud, along with most of the other children, will be buried in the reservation’s cemetery seven miles from the home where she was taken over a century ago.

The journey home from Carlisle, the tribe said, will symbolize the beginning of the healing ahead of them.

“Healing for me is uncovering trauma, whether you experience it or your parents or your grandparents experienced it,” Rachel Janis, 22, said on Tuesday. “When I was younger, I didn’t understand what I was going through. When we first came to Carlisle, although I never experienced boarding schools, I think that was another stem of where that might have come from. We got a lot of, ‘Oh this happened long ago. You weren’t even born when this happened.’

“But why can’t I sit with my grandma (and) have a conversation with her in Lakota? It’s a fear where they don’t want you to talk in Lakota or wear your traditional attire … They’re afraid because of what they went through at boarding schools.”

Janis and her peers said they hope to speak to Secretary Haaland on Wednesday, and encourage her to open all the archives from the boarding school era to locate, identify and repatriate each lost Native child “even if (their) voices shake.”

According to Russell Eagle Bear, the tribe leaves behind 10 of its people yet to be exhumed: six Lakota relatives, two buried in outside cemeteries, and two in “unknown” graves.

“I hope it’s an eye opener for everyone in the world,” he said. “Kids had to do this to make it done.”

EDITOR'S NOTE:  This story has been updated to reflect the number of Native American children who were sent to the Carlisle Indian school and the number whose remains were interred at the cemetery.