Wilma Mankiller to be Featured on U.S. Quarter Coin 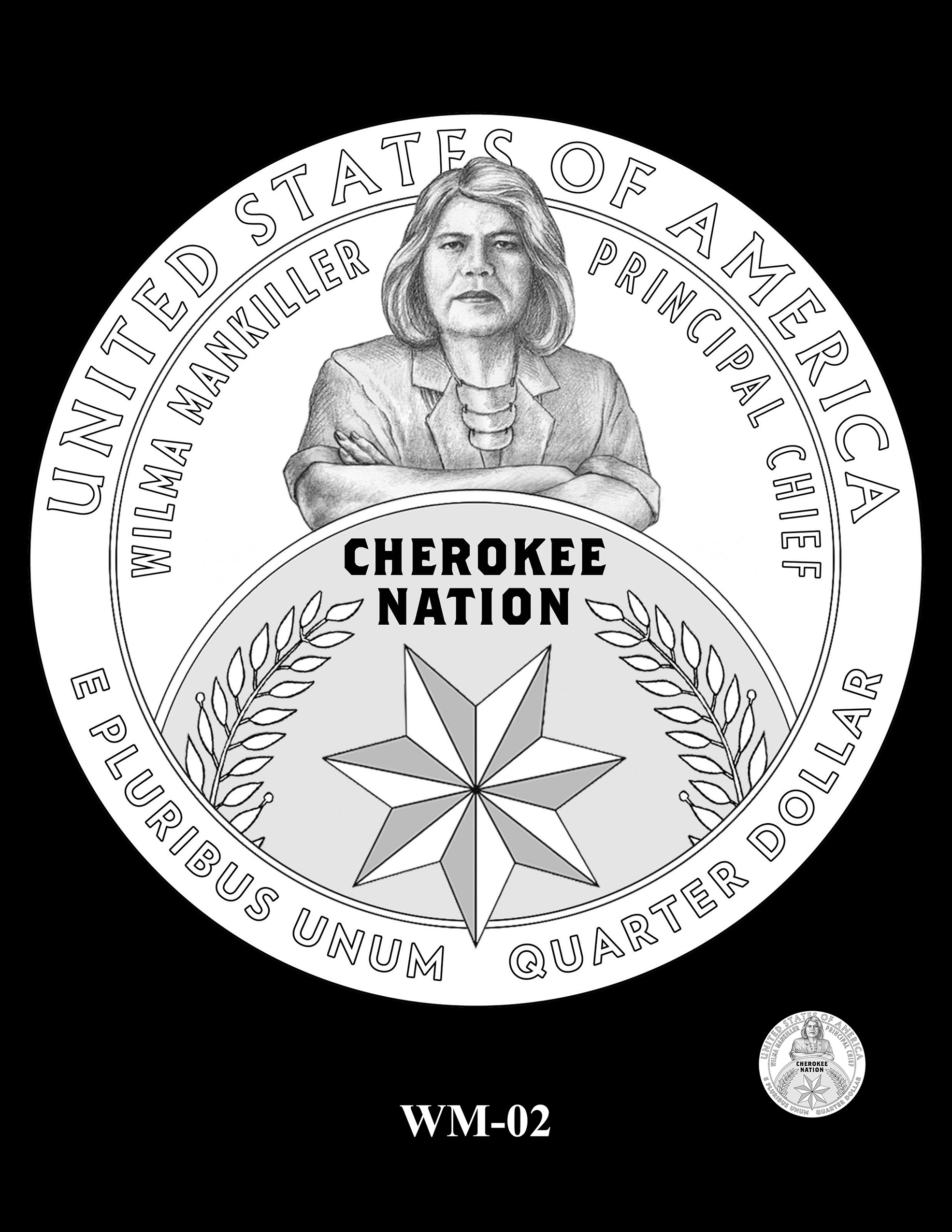 WASHINGTON — The United States Mint has chosen Wilma Mankiller, the first woman to serve as principal chief of the Cherokee Nation, to be honored during the first year of American Women Quarters Program. The program begins in 2022.

“The American Women Quarters Program will feature coins with reverse (tails) designs emblematic of the accomplishments and contributions of prominent American women. Contributions may come from a wide spectrum of fields including, but not limited to, suffrage, civil rights, abolition, government, humanities, science, space, and the arts.” according to a United States Mint press release.

Six years ago, Mankiller was under consideration to replace Andrew Jackson on the twenty-dollar bill.

“It would be poetically just for her to replace Jackson and I love the thought of her soft and majestic face on money. Not to mention the satisfying contrast of her ferocious name,” Louise Erdrich, who won a Pulitzer Prize for Fiction last week, said about Mankiller in 2015.

While that did not happen, Mankiller being selected to be on a quarter was met with gratitude from current Cherokee Nation Principal Chief Chuck Hoskin, Jr., who points out her contributions to Indian Country overall and specifically to the Cherokee Nation.

“When we celebrate the achievement of women in this country, it is absolutely fitting and deserving that former Cherokee Nation Principal Chief Wilma Mankiller be represented for her national voice, influence and leadership that first elevated Native American tribes and tribal issues in this country. Chief Mankiller served as the first female Chief in a role dominated by men and during a time that the Cherokee Nation was first getting its footing after decades of suppression by the U.S. government. She stood for tribal sovereignty and treaty rights. She fought for civil rights and equality, and self-sufficiency for the Cherokee people. She was the anchor establishing what has now become the largest tribal health care system in the country. She was truly a champion for Indian Country and we are so proud she is forever honored on this coin by the U.S. Mint as part of the American Women Quarters Program,” Chief Hoskin said to Native News Online.

Charlie Soap, Wilma's husband, is thrilled the U.S. Mint thought so highly his wife and went on to talk about women in leadership.

“This coin represents women are capable of being in the forefront of leadership. They handle responsibilities in a good way,”  Soap told Native News Online on Friday.

“She worked long hours tirelessly and gave all she had for not only Cherokee people but people of all races. She will go down in history as one of our greatest leaders of the largest Tribe in the United States, the Cherokee Nation.”

Soap produced and directed “Cherokee Word for Water,” a documentary on Mankiller’s work to get running water for parts of the Cherokee Nation that had been long neglected.

Lontime women's advocate Gloria Steinman said of Mankiller: "In a just country, Wilma would have been our president."

Mankiller was born in Tahlequah, Oklahoma into a poor family, which lived in a home that lacked modern-day conveniences, such as indoor plumbing, electricity or central heating.

Her family was among American Indian families to be relocated to cities during the 1950s. They were moved to San Francisco, where she had to walk past a sign that read, “No dogs, no Indians.”  In San Francisco, she became part of the Indian organization that took over Alcatraz Island in 1969.

“... When Alcatraz occurred, I became aware of what needed to be done to let the rest of the world know that Indians had rights, too,” Mankiller said of her Alcatraz involvement.

She moved back to Oklahoma and became involved with tribal politics.

Mankiller became the principal chief of the Cherokee Nation in 1985 after overcoming a serious of difficulties in life. Her passion for improving the lives of her fellow Cherokees was evident throughout her political career. Due to health issues, Mankiller did not run to reelection in 1995.

“She was a consensus builder, working with the federal government to pilot a self-government agreement for the Cherokee Nation and with the Environmental Protection Agency,” according to the National Women’s History Museum. “As the tribe’s leader, she was both the principal guardian of centuries of Cherokee tradition and customs, including legal codes, and chief executive of a tribe with a budget that reached $150 million a year by the end of her tenure.”