Whose Land Are You On? This App Will Show You Which Indigenous Territory You’re On 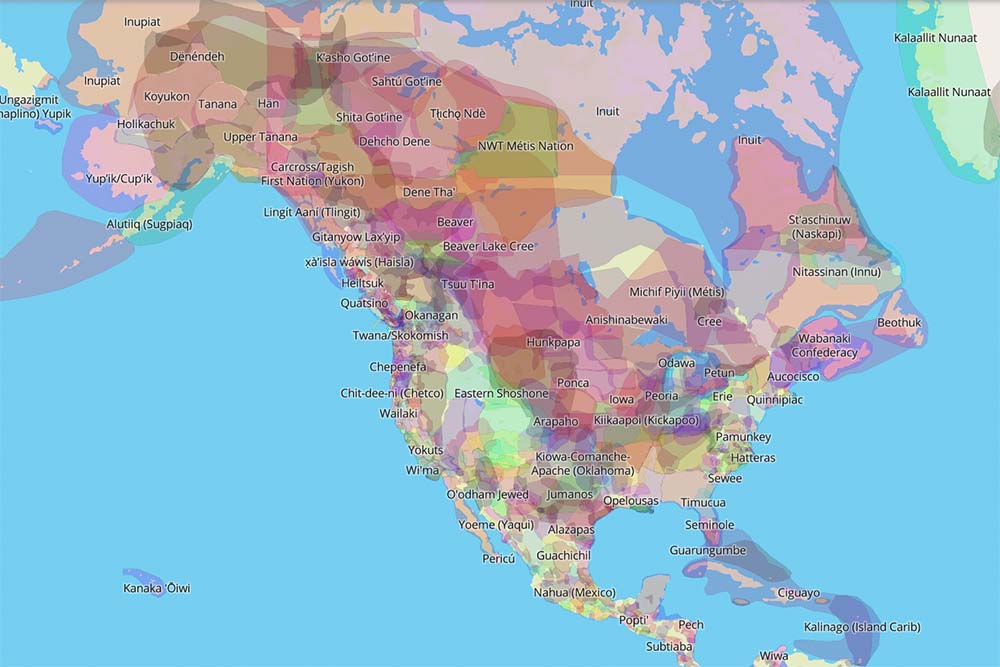 Native Land, an Indigenous-led nonprofit in Canada with an interactive website and mobile app, aims to answer one of the world’s most important questions: Whose land am I on?

Native Land’s world map allows users to input their address and see the Native territories, languages and treaties pre-dating colonization in the area they reside.

“For Native Land Digital, what we are mapping is more than just a flat picture. The land itself is sacred, and it is not easy to draw lines that divide it up into chunks that delineate who ‘own’  different parts of land,” Native Land’s website reads. “In reality, we know that the land is not something to be exploited and ‘owned’, but something to be honoured and treasured. However, because of the complexities of history, the kind of mapping we undertake [sic] is an important exercise, insofar as it brings an awareness of the real lived history of Indigenous peoples and nations in a long era of colonialism.”

The nonprofit was founded in 2014 as a hobby project by Victor Temprano, whose online bio defines him as “a settler who grew up in Okanagan territory in central British Columbia.” The company became incorporated in 2018, and last year hired Indigenous Executive Director Christine McRae (Omàmìwininì Madaoueskarini Anishinaabekwe). In addition to McRae, the company is guided by a Native board of directors and supported with funding from the Kalliopeia Foundation and Vancity Credit Union.

The nonprofit ultimately aims to further conversations about colonization through a variety of resources. Their website provides a free teacher's guide, Territory Acknowledgement Generator and lists of territories, languages and treaties.

Perhaps most importantly, the website acknowledges that the maps are intended to be a starting point for community involvement and conversation. Native Land’s team encourages visitors to offer missing information, corrections, or additional ideas.

“This map does not represent or intend to represent official or legal boundaries of any Indigenous nations,” a homepage disclaimer reads. “To learn about definitive boundaries, contact the nations in question.”

Land acknowledgements are noted on the website as a way to insert historical awareness of Indigenous presence into everyday life. “However, these acknowledgements can easily be a token gesture rather than a meaningful practice.

Native Governance Center, an Indigenous nonprofit that supports Native leaders, includes helpful tips on their website for preparing and thinking about land acknowledgement statements. Those steps include: start with self reflection on your intention, do your homework—including correct pronunciation—use appropriate language—”don’t sugarcoat the past. Use terms like ‘genocide’, ‘ethnic cleansing’, ‘stolen land’, and ‘forced removal’ to reflect actions taken by colonizers”—and use past, present and future tense.