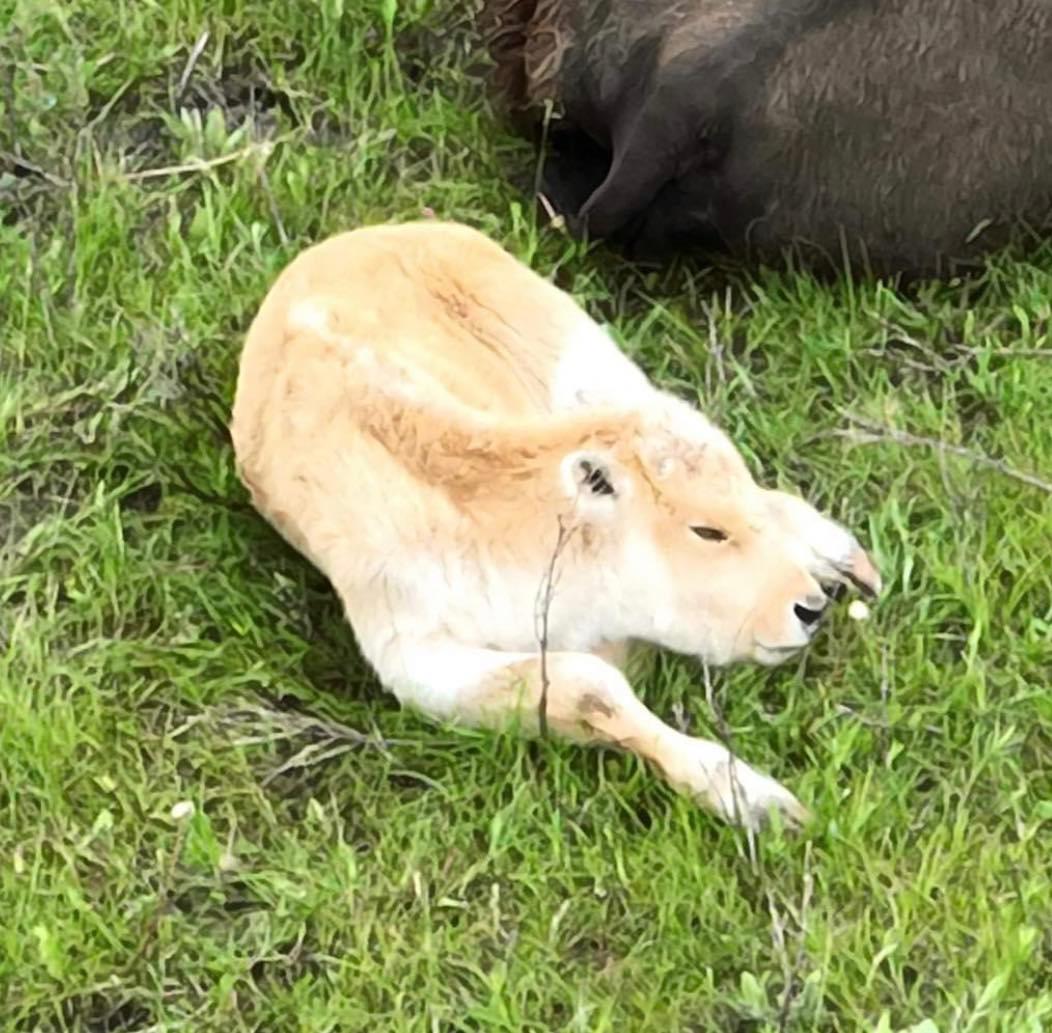 In an auspicious sign of good things to come, a rare white buffalo was born to the Turtle Mountain Band of Chippewa Tribe in Belcourt, North Dakota, on June 16.

“The white buffalo calf that we were gifted by the Creator is a sure sign that our prayers have been heard,” Tribal Chairman, Jamie Azure, told Native News Online. “It was told in prophecy, generation after generation that this sacred white buffalo would again return to our people in a time where we would be resilient in our way of life through our teachings and ceremonies.”

The calf was born at the center of the reservation, at the Turtle Mountain Tribal Buffalo Park belonging to the tribe, and will be named in an upcoming ceremony, Azure said.

Many Native American tribes believe that white buffalo are the most sacred creature on earth based on their spiritual teachings, according to the American Indian College Fund. They cite the species' rarity at one in every 10 million buffalo, but the National Bison Association executive director Jim Matheson said an exact statistic is hard to pin down.

“The bottom line is: we just don’t know,” how many are born white, Matheson told Native News Online. “Those records were never kept, so it’s kind of hard to put a number on it.”

Azure said that the tribe was leant a white buffalo bull a few years ago that they’ve since purchased, but this is the first–and likely the only– white calf the bull has produced.

The prophecy foretold that one day, a sacred white buffalo would return to the tribe and instill strength within tribal members.

“It's truly a beautiful thing for our people to live in a time of great spiritual awakening,” Azure said.