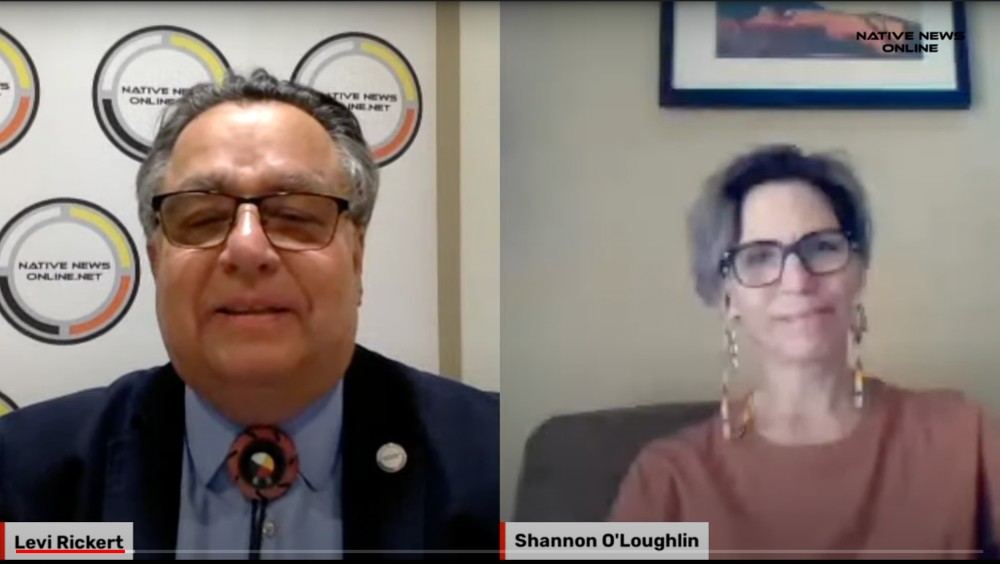 Hours after the Department of the Interior released a 106-page report on its investigation into federal Indian Boarding Schools it operated or funded between 1819 and 1969, Native News Online spoke with Shannon O’Loughlin, the chief executive officer and attorney for the Association on American Indian Affairs.

O’Loughlin spoke on key takeaways from the report, along with its shortcomings, in a streaming conversation with Managing Editor Valerie Vande Panne and Publisher Levi Rickert.

“There's so much more that we need to know about what happened because it still continues to affect us today,” O’Loughlin said.

She said that, while she’s grateful for the extensive historical context provided in the report, it lacked an important qualifying word: genocide.

“Nowhere did the Department of the Interior say the word genocide,” O’Loughlin said. “They're talking about the actions without the intent, and I'm wondering if this report will ever lead us to that conclusion that these actions that the US government took against Native peoples was, in fact, genocide.”

O'Loughlin also expressed concern that the federal initiative limited the scope of its investigation to institutions that met certain criteria to be considered a federal Indian boarding school. Some of those criteria included: provided on-site, overnight lodging; was described in records as providing formal academic or vocational training and instruction; was described in records as receiving Federal Government funds or other support; and was operational before 1969.

The report, authored by Assistant Secretary of Indian Affairs Bryan Newland, claims that 408 boarding schools across 37 states were operated or supported by the federal government. It also mentions some 1,000 institutions—including Indian day schools, sanitariums, asylums, orphanages, and stand-alone dormitories—that weren’t included in the scope of the investigation.

O’Loughlin said she believes the number of schools cited in the report is likely to go up with the discovery of more documents and if the definition of boarding schools is expanded.

O’Loughlin acknowledged that, while it’s easy to pick apart what’s missing from the report and what’s wrong, it’s harder to recognize the positives.

“I really want us to acknowledge that there's a lot of positives in this report,” she said. “The eight recommendations in this report are nothing that tribes haven't been asking for. But finally, it's a recognition and acknowledgement of what needs to happen to cure the problems that boarding school and other assimilation policies have had.”

“I have a problem with the federal government wanting to take care of our stores, and wanting to have control of our stories,” O’Loughlin said. She suggested tribal co-management of all the information and oral histories collected from survivors. “We trust Auntie Haaland and the reasons why [Newland] wants to gather these stories. But for the long run, there has to be tribal control and at least co-management of all of this information that's being collected.”