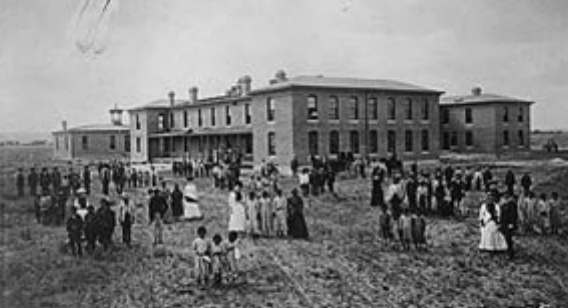 The House Natural Resource Committee's Subcommittee for Indigenous Peoples of the United States will hold the first congressional hearing in history to examine the “Indian Boarding School Era" on Thursday, May 12, 2022 at 1:00 p.m. - EDT.

From 1819 to 1969, the U.S. government forcibly removed Indigenous children from their communities and placed them into government-run boarding schools to assimilate them into Euro-American society. At these schools, American Indian, Alaska Native, and Native Hawaiian students were forbidden to practice their culture, use their given names, or speak their traditional languages. If they disobeyed, they were harshly punished. Many students experienced physical, sexual, or psychological abuse, and some never returned home to their families. The United States government has never formally acknowledged or apologized for these actions.

The hearing will be livestreamed here: https://www.youtube.com/watch?v=lFeCr0gDopU

The legislative hearing will consider H.R. 5444, the Truth and Healing Commission on Indian Boarding School Policies Act, introduced by Rep. Sharice L. Davids (D-Kan.), which will establish a formal commission to investigate and document the policies of the Indian Boarding School Era. The commission will develop recommendations on how the U.S. government can best acknowledge and heal the intergenerational trauma associated with the era.

Witnesses will include three boarding school survivors who will testify about their experiences and the need for this legislation. The full slate of witnesses includes: