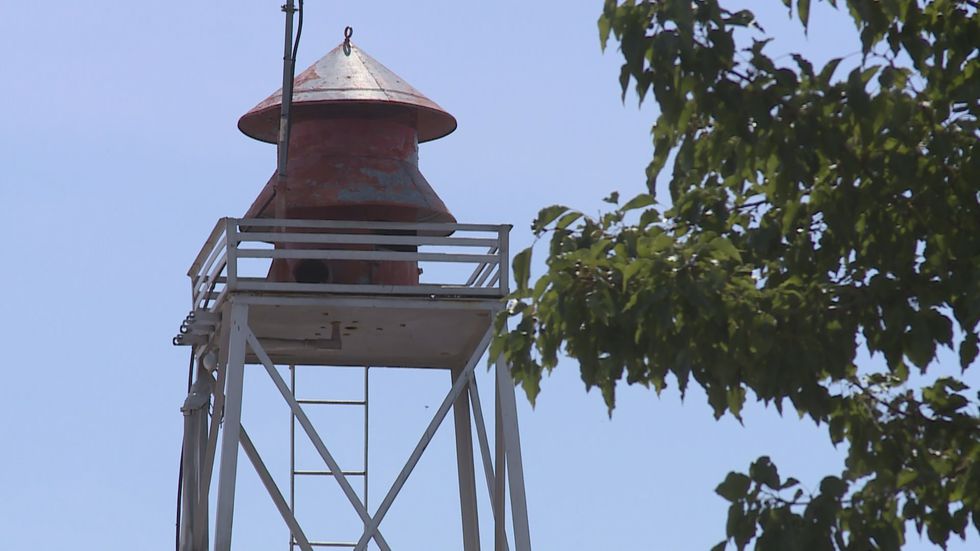 MINDEN, Nev. — For nearly a century, a siren has sounded every evening at 6 p.m. local time in the western Nevada town of Minden.

For many longtime Minden residents, the siren is a nostalgic nod to the past that stirs sentiments about the Minden’s farming heritage as well as its volunteer fire department.

But for many members of the Washoe Tribe of Nevada and California, the siren is a daily reminder of beatings and banishment from their traditional lands.

There is, to say the least, a lot of history behind the horn. The Town of Minden, with a current population of close to 3,500, has its roots in the Virginia & Truckee Railway. By 1909, the local Record-Courier newspaper noted, “Minden has not a great population as yet, for it takes time to build the class of cottages that are being erected here.”

Neither the article, nor Minden’s website history page, notes the preexisting population of this region near Da.aw (Lake Tahoe), the traditional territory of the Washoe Tribe.

In 1907, within a year of Minden’s founding, the neighboring town of Gardnerville passed a law that became known as the “Sundowner Ordinance” because it mandated all Native Americans be out of town by sundown.

By 1917, the county had created an extended ordinance that mandated Native Americans needed to be out of all towns in Douglas County everyday by 6:30 pm. 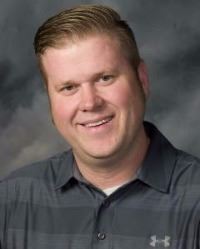 “Up to the ‘70s the siren was a direct indication that the Washoe Tribe people needed to be out of town,” said Victoria Christensen (Washoe), who serves as the executive assistant to Tribal Chairman Serrell Smokey.

“The siren was never intended to be part of the Sundowner Ordinance, (which) was designated for a half hour later and didn’t exist when either of the ordinances were created,” Frisby said.

Regardless of the reason behind the siren, Chairman Smokey sent letters recently to the town of Minden and Douglas County Commissioners, requesting meetings to discuss eliminating the evening siren and to resolve the century-long situation.

“I do believe that psychologically the Native Americans did tie that to each other, and they were mentally thinking, ‘Okay, I’ve got 30 minutes to get out of town before the constable or old mean sheriff or whoever would come and enforce the Sundowner policy,’” Frisby said.

He explained that it’s his understanding that the siren controversy is brought up for discussion by almost every new Washoe Tribe administration. However according to Christensen, the fires of the current siren controversy were stoked by a recent online petition by a Santa Cruz, Calif. resident, who lives 250 miles away in a different state and is neither a tribal nor town citizen.

“The person who started the petition isn’t a tribal member, but is someone who was showing support for the tribe,” Christensen said, expressing appreciation for the support.

Even so, the petition, signed by 10,000, has only a handful of local signatures on it.  It’s not an official document, has no legal weight and isn’t anything that can be addressed, Frisby said.

He said he does want to address the tribe’s letter and hold official conversations with the tribal chair when it is safe to do so under the state’s COVID-19 restrictions.

“I don’t think the board is in a hurry to silence (the siren) by any means, but I do want to continue having the conversation with the tribe and see what we can do,” Frisby said. “I firmly believe that they are due an apology.”

For his part, Frisby sympathizes with all who are affected by decades-long argument.

“You’ve got two sides that think that siren served completely different purposes; what’s the compromise or what is the end result? I don’t know what that would look like,” he said.

Christensen clarified that it’s not a matter of completely silencing the siren, but, she said, “We would like the six o’clock siren removed.”

She described the Sundowner Ordinance as the cause of many brutal beatings and (at least) one documented shooting of a tribal member who was shot for being out after dark.

“This is not something that’s ancient history,” she said.

Although he’s only lived in the area a few years and wasn’t around when the Sundowner policy was active, Frisby does acknowledge the “horror stories” he’s heard from some of the tribal elders.

“I’m sure there was a lot of beating, they talked about being beat and the insults and being forced out of town physically,” he said.

Chairman Smokey was unavailable for an interview, but in a statement provided by his office, he said, "The decision to shut off the 6 p.m. siren would not only be a victory for the Washoe People, but for all of Indian Country. Our job is still not complete. The reminder of racism, and oppression, will continue to exist until the 6 pm siren is stopped. Washoe People have been in this fight for many years and we will not back down until we accomplish our mission to protect our people."