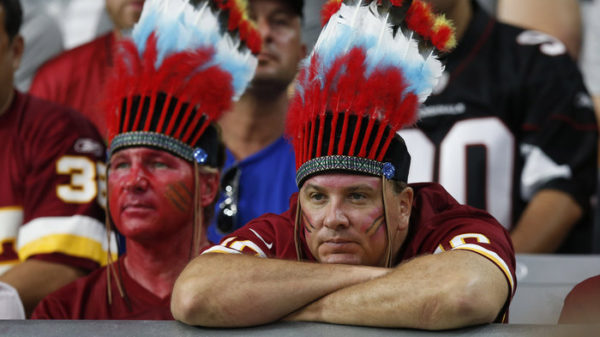 WASHINGTON — The Washington Football Team has ended its relationship with the charitable foundation that team owner Daniel Snyder created to help Native communities, just four months after the NFL franchise dropped its controversial name and mascot.

The team has decided to stop making contributions to the Original Americans Foundation and will instead focus its philanthropic and charitable work on the Washington Football Charitable Foundation, according to a report by USA Today on Wednesday. The separate nonprofit, founded in 2000, will continue to assist Native communities, the team told the newspaper.

The Original Americans Foundation has relied on the team for its funding over the years.

"As a part of our evolution into a franchise of the future, the Washington Football Team’s new leadership is reviewing our philanthropic strategy," the team said in its statement to USA Today.  "As part of this review, the Washington Football Team will focus its philanthropic and charitable work through its own foundation, and will no longer make contributions to the Original Americans Foundation."

The Original Americans Foundation was founded in 2014, with Snyder touting it as a way to help Native communities by providing them with "meaningful and measurable resources" and offering "genuine opportunities."

The foundation remains active, but the team’s decision ultimately leaves it without funding, USA Today reported.

The newspaper reported earlier this year that the foundation distributed $3.7 million to Native causes in its first year of operation, but donations only totaled roughly $2.5 million over the next four years. The foundation donated $0 in 2019.