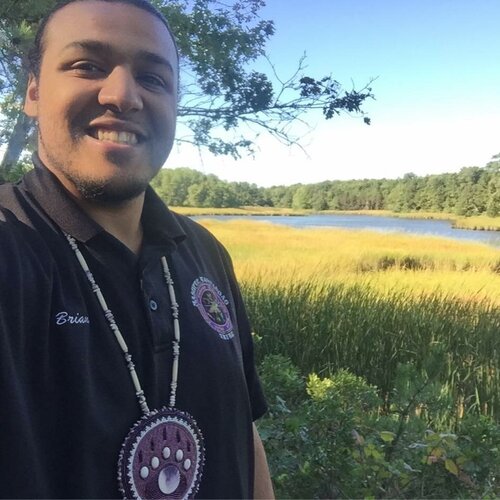 Weeden, 30, is facing two charges for allegedly breaking and entering a local museum and stealing four Wampanoag cultural items in November. The cultural items, valued at $10,000, have since been returned to the Plimoth Patuxet Museums, where Weeden once worked.

Another suspect in the theft, Phillip C. Hicks, Jr. also pleaded not guilty to the charges of breaking and entering and larceny of less than $1,200.

A pre-trial hearing for both Weeden and Hicks, who is also Mashpee Wampanoag, was set for March 17.

The two were identified as suspects in December after an investigation by Plymouth police. A police report, dated November 9, 2022, said the items were stolen from the “Native American exhibit” at the Plimoth Patuxet Museums at approximately 2 a.m. on Monday, November 7.

Museum staff noticed the items were missing the morning after the incident, but “they were unsure if the items had been removed by another staff member for a repair.” Once staff confirmed that no employee had taken the items, museum staff called the police and reviewed surveillance footage.

The museum’s surveillance footage captured a dark SUV pulling into the museum parking lot, and three people exiting the car—two men and a woman. A fourth man remained in the car for the 18 minutes it took to secure the four stolen items, according to a police report.

A Patuxet Museum staff member, a police officer, and a special detective all identified Weeden as the driver of the vehicle. Police matched Weeden’s license plate registration with photos of his vehicle going north over a nearby bridge leading to the museum at 1:47 a.m., and then going south over that same bridge around 3:30 a.m.

A museum staff member also told police that Weeden, one of the youngest elected tribal chairman in Indian Country, used to work for the museum.

Native News Online reached out to Weeden for comment, but has not heard back from him as this story went live.