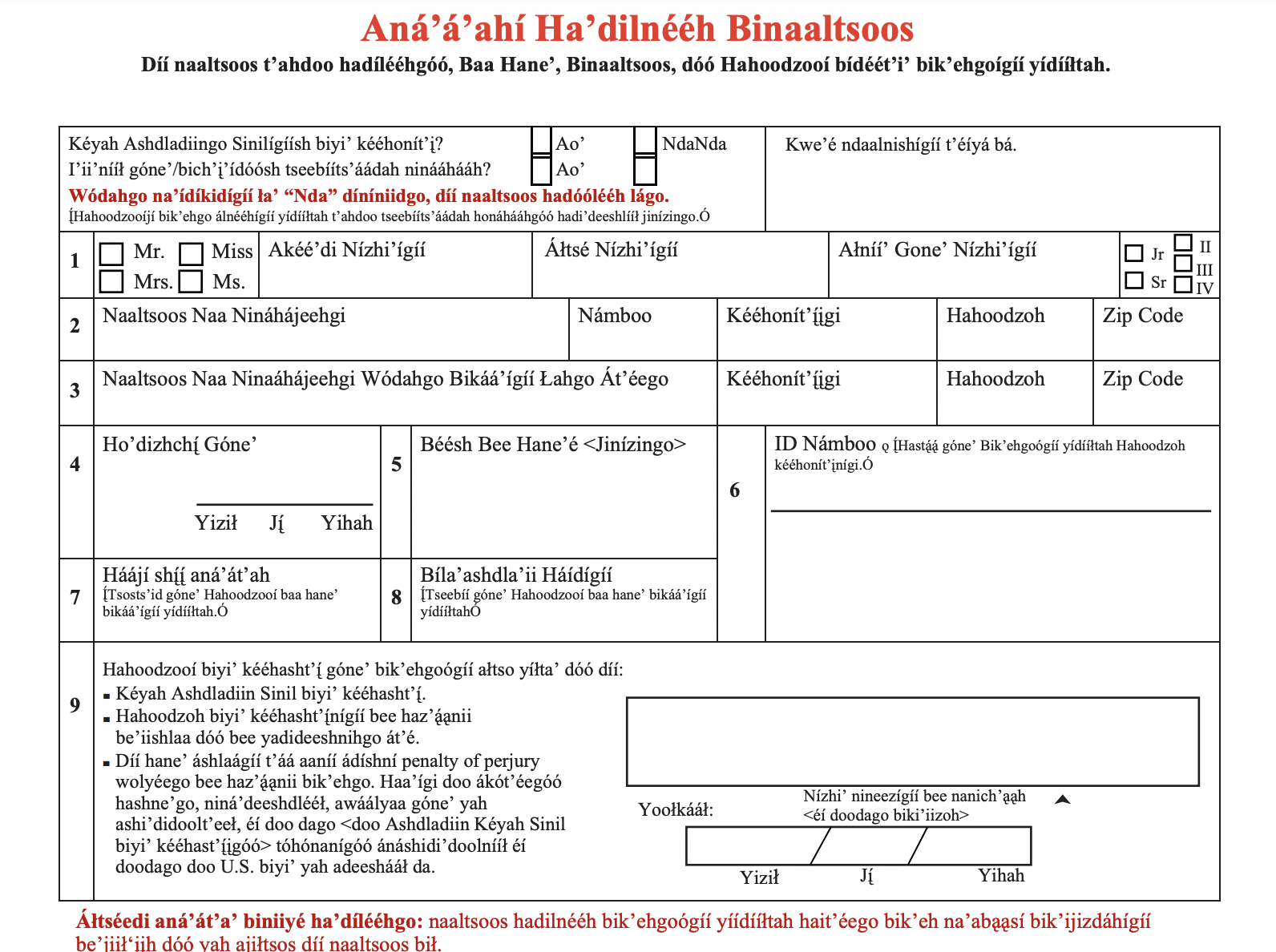 A bipartisan government agency tasked with providing voting information to the public is working to make it easier for some Natives to vote.

Translations were provided by translators and speakers from each tribal community, according to the commission.

“The right to vote and understanding of the ballot is facilitated with the translation of ballots and related materials,” EAC Chairman Donald Palmer said in a statement to Native News Online. “The EAC will continue to identify ways to serve Native American communities across the nation.”

Samantha Mack, language assistance compliance manager at the Alaska Division of Elections, said in a statement that Alaska Native people, “deserve equitable access to all parts of the electoral process, and translating important forms and content into our Indigenous languages is an important step in that direction.”

Additionally, the EAC this week released a recent set of case studies and best practices on barriers that Native American communities face and how the agency plans to address them.

Barriers identified by the Native American Rights Fund include distance between remote home and polling places; lack of election information and outreach; a lack of physical addresses within reservation boundaries; technological barriers; and language access needs.

Statistics from the National Congress of American Indians show that only 66 percent of the eligible Native American voting population is registered to vote, and voter turnout of Native Americans is between 5 to 14 percentage points lower than other racial and ethnic groups.

Currently, Congress is considering the Native American Voting Rights Act, or NAVRA. Tribal leaders and Native organizations across the country are backing the legislation as the first step in reducing major barriers to Indigneous voters.

The law, originally introduced by Sen. Tom Udall (D-NM) in 2019 and reintroduced in August by Sen. Ben Ray Luján (D-NM), would allow tribes to specify the number and locations of requested voter registration sites and polling locations on their lands, authorize tribal ID cards for voting purposes, and authorize a $10 million task force grant program to establish Native American voting task forces in each state.

It would also require prior tribal notice and consent before states and precincts could remove or reduce access to voting locations on tribal lands.

“The cornerstone of our democracy is the right to vote. However, for most of our country’s history, Native Americans were denied that right,” he wrote. “To this day, barriers prevent Indian Country from fully making our voices heard and our votes count...Fortunately, new legislation recently introduced in Congress can fix many of these issues... At its core, NAVRA strengthens tribal sovereignty and self-determination over how to ensure everyone on tribal lands has access to the sacred right to vote.”