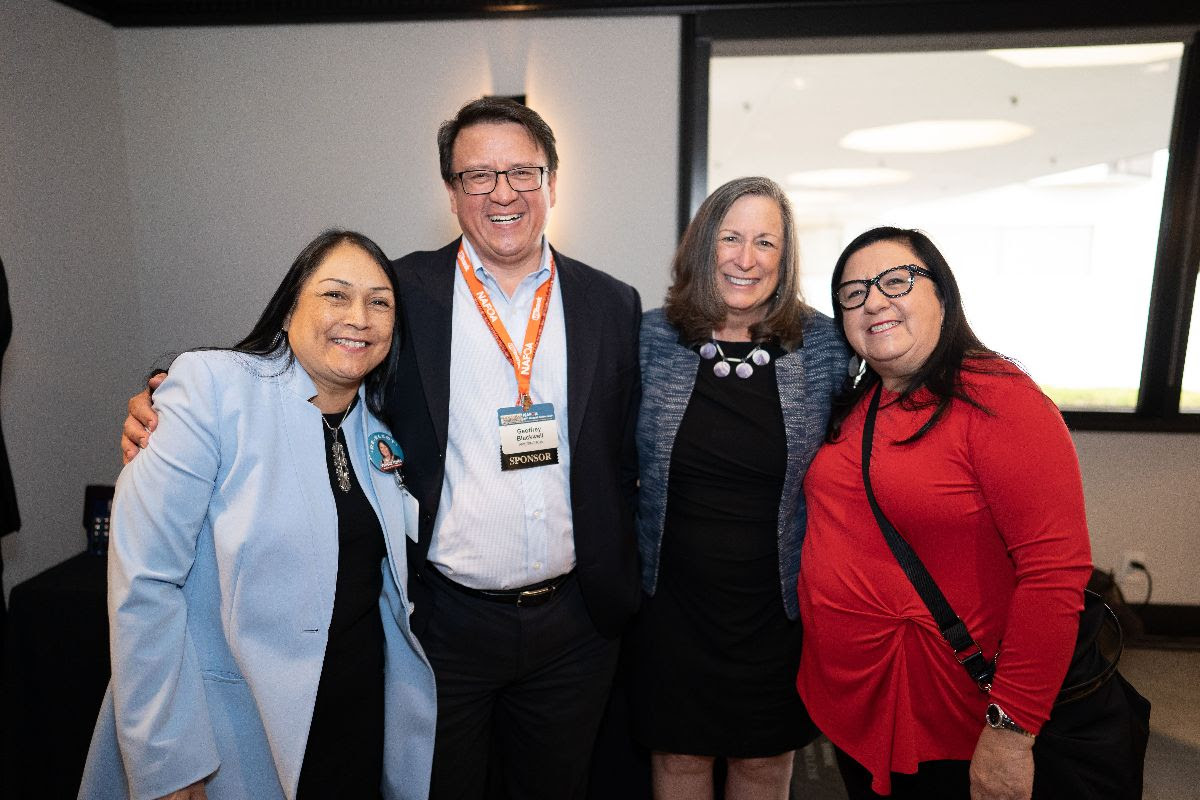 Mutáwi Mutáhash Marilynn “Lynn” Malerba’s signature will soon appear on U.S. currency. She will become the Treasurer of the United States and lead a new Office of Tribal and Native Affairs at the U.S. Treasury Department.

On Tuesday, the White House announced President Joe Biden’s intent to appoint Malerba, who is the chief of the Mohegan Tribe. The Treasurer directly oversees the U.S. Mint, the Bureau of Engraving and Printing and Fort Knox, the Treasury Department said. She will also be a “key liaison with the Federal Reserve” and a senior advisor to Treasury Secretary Janet Yellen “in the areas of community development and public engagement.”

“I am honored and humbled by Secretary Yellen and the Biden Administration’s commitment to ensuring that all voices are heard by the Treasury as we work together to create an equitable and just society,” Malerba said in the Treasury Department’s statement. “It is especially important that our Native voices are respected. This appointment underscores this Administration’s commitment to doing just that. I am excited to serve our communities as Treasurer and for the work ahead.”

Malerba was appointed the Mohegan Tribe's first female chief in modern history in 2010 in a lifetime appointment, the tribe’s website says. She has previously served as the tribal council’s chairwoman and executive director of health and human services.

“The Mohegan Tribe and its members have benefited tremendously from the leadership of Chief Lynn Malerba, and we are thrilled that she will now bring her expertise, energy, and compassion to the role of Treasurer of the United States,” James Gessner Jr., Chairman of the Mohegan Tribe, said in a statement. “This appointment is an honor for her and for our tribe, and it is well-deserved. Lynn has been a trailblazer in the Mohegan community as the first female Chief in our modern history. Her appointment is another positive step by the Biden administration to show inclusiveness with Native Americans and ensure we have a seat at the table of federal government. The Nation will be stronger with her serving in the administration.”

Malerba has also served on tribal committees or councils for the Treasury and Justice Departments, the Federal Indian Health Service and the National Institute of Health, and as the United South and Eastern Tribes Board of Directors Secretary.

“Her leadership and experience will deepen our commitment to help expand economic opportunities for all Tribal communities,” Yellen said in the statement.

The Treasury Department announced that Malerba will lead its new Native affairs office, which will “house staff directly dedicated to communication with tribal nations and the hub for tribal policy.” To start, this office will be staffed with employees who work in the Tribal Policy and Engagement Team in the Office of Recovery Programs. In April, the department said that this team “has worked directly with over 700 tribal governments and recipients over the past year to support an equitable and efficient deployment of funds to Tribal communities.”

“There is much work to be done to enhance economic development opportunities, achieve governmental tax parity for Tribal Nations, and address Indian Country’s capital needs," said National Congress of American Indians President Fawn Sharp. "The creation of this office and Chief Malerba’s pending appointment are truly historic and positive steps toward these goals. The importance of Native American leadership, partnership, and representation within the Department of the Treasury cannot be overstated. We commend the President’s choice and congratulate Chief Malerba, who will no doubt work in equal and direct partnership with Tribal Nations to support our vision for building thriving tribal economies. We look forward to her continued bold leadership and success as Treasurer.”

The department said it intends to work with Congress to receive the resources needed for the new office.

Malerba’s appointment was announced on the same day that a U.S. Treasury Secretary visits a tribal nation for the first time in history, the department said. Yellen is expected to receive a tour of the Rosebud Sioux reservation and to discuss how American Rescue Plan funds are supporting the tribe’s recovery from the pandemic and expanding economic opportunity for its citizens.

This story has been updated to include comments from Fawn Sharp and James Gessner Jr.