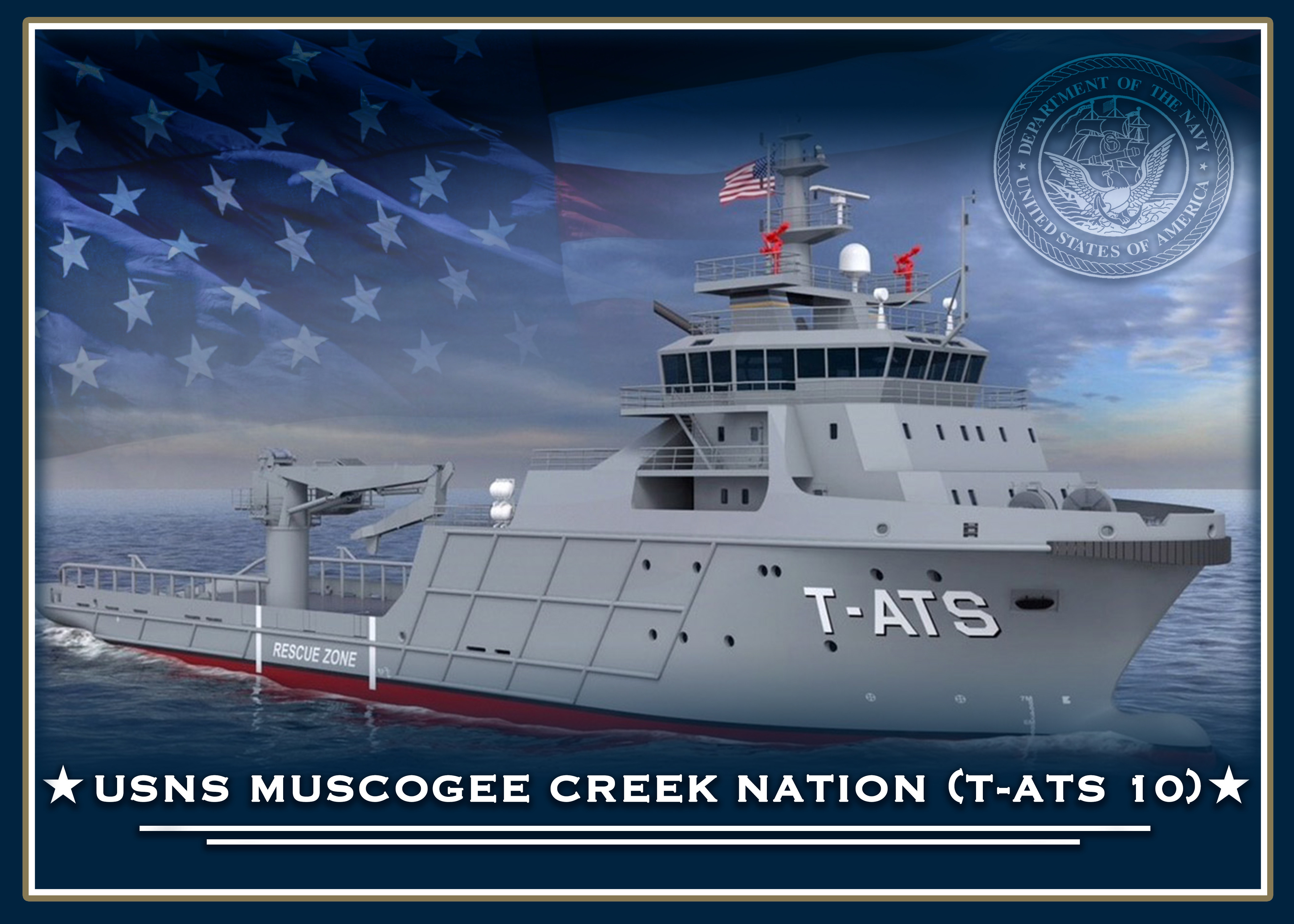 OKLAHOMA CITY — The Navy announced on Friday, Jan. 15, at the First Americans Museum in Oklahoma City that a future Navajo-class towing, salvage, and rescue ship will be named USNS Muscogee Creek Nation (T-ATS 10) to honor the Muscogee (Creek) Nation, based in Okmulgee, Okla.

The Muscogee (Creek) Nation is the largest of the federally recognized Muscogee tribes, which is the fourth largest tribe in the U.S. with more than 86,000 citizens - some of whom have or continue to serve across the U.S. Armed Forces.

This will be the first Navy vessel to carry the name Muscogee (Creek) Nation.

“Despite a complex and sometimes challenging history with the U.S., no race has answered the call of duty and served more than Native Americans, per capita,” David Hill, Principal Chief of the Muscogee Creek Nation said. “Today, we are joined together to once again strengthen our ties and recognize those efforts with this wonderful gesture by the Navy to respect that commitment. Myself, along with our tribal leadership, employees and citizens are so thrilled that for the first time, a United States Navy Ship will be named after the Muscogee Creek Nation.”

The Muscogee (Creek) people are descendants of not just one tribe, but a union of several.

“I am delighted to learn that the United States Navy will honor the Muscogee Creek Nation with a future vessel bearing its name,” Rep. Tom Cole said. “Native Americans have a tremendous history of service to and sacrifice for their country in the U.S. military. Indeed, all tribal nations, Oklahomans and Americans can draw strength and find great pride in this special recognition.”

The Navajo-class T-ATS ships are designed to combine and replace the current capabilities of the Powhatan-class ocean tugs and Safeguard-class rescue and salvage ships in service with the Military Sealift Command. They will be capable of towing U.S. Navy ships and have 6,000 square feet of deck space for embarked systems. The platform will be 263 feet long, have a beam of 59 feet, and carry a load of nearly 2,000 tons.