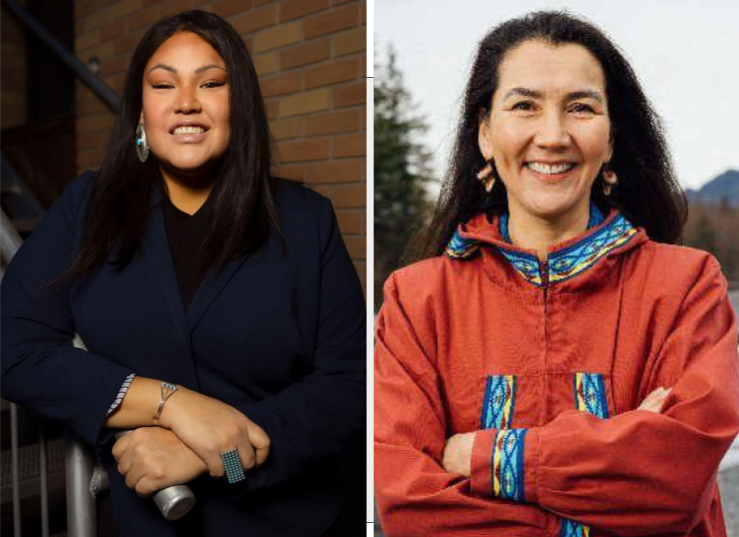 Two Indigenous candidates vying for seats in the U.S. House won primary elections this week in Wyoming and Alaska, earning them a chance to be the first Native women to represent their respective states in Congress.

Lynette GreyBull, Northern Arapaho and Hunkpapa Lakota, was announced as the winner of the Democratic Party primary in Wyoming.

Mary Peltola, Yup’ik, earned a chance to represent Alaska in the U.S. House in the seat that was occupied by the late Congressman Don Young for five decades. Peltola earned 38 percent of the vote in a special election to fill Young’s seat through January. She also led the slate of candidates, including former Alaska Governor Sarah Palin, in the race to fill Young’s seat beyond 2023. Alaska uses a ranked voting system that allows the top performers in the primary to advance to the general election, regardless of their political party.

If both GreyBull and Peltola win in November’s midterm elections, they would both be the first Indigenous person to represent their respective states in Congress.

In the general election, GreyBull will face Republican Harriet Hegeman, who is supported by former President Donald J. Trump. Hegeman beat incumbent Representative Liz Cheney, a Republican who has been outspoken against the attack on the U.S. Capitol on January 6, 2021.

“I want to thank the voters of Wyoming, my amazing campaign team, the state Democratic Party and all the hard-working county parties, and especially Meghan Jensen, a true visionary in this great state,” GreyBull said in a press release.

GreyBull has been an advocate for Indian Country for more than 10 years. She is the founder and director of Not Our Native Daughters, an organization that focuses on the work and education of Human Trafficking and the Missing, Murdered Indigenous Women & Girls (MMIP). She also serves on the Wyoming Governor’s Task Force for Missing, Murdered Indigenous Persons, and the Wyoming Human Trafficking Task Force. She was previously the Chair of the Arizona Commission of Indian Affairs at the Governor’s Office from 2014 to 2016.

In Alaska, Peltola was the only Democrat to advance to the general election.  She earned 58,689, or 38% of the approximately 154,304 votes cast. Peltola’s nearest contender is Republican Palin, who is backed by former President Donald J. Trump.

Peltola previously served in the Alaska House of Representatives from 1999 to 2009. She also served on the Orutsararmiut Native Council Tribal Court and the Bethel City Council, and on the boards of the Nature Conservancy, the Alaska Humanities Forum, the Alaska Children’s Trust, and the Russian Orthodox Sacred Sites in Alaska according to her campaign.

If Peltola wins in November’s election, she would be the first Alaskan Native to serve in Congress and the first woman to represent the state of Alaska in the House of Representatives.

Murkowski, who voted to convict former President Donald J. Trump in his impeachment trial, is seeking her fourth term in the U.S. Senate and is the current Vice Chairman of the Senate Committee on Indian Affairs.