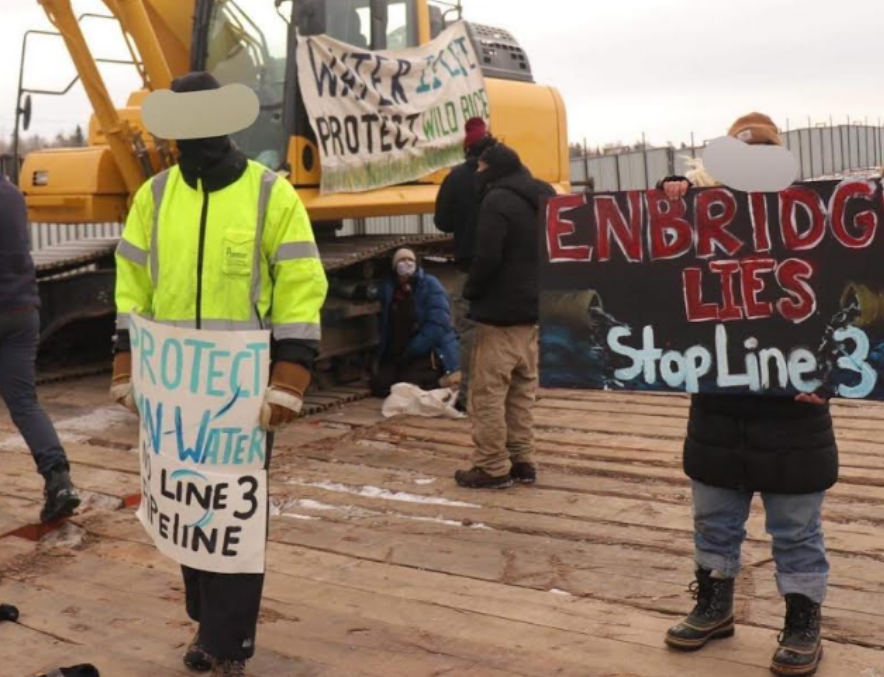 BEMIDJI, Minn. — Two men linked to Enbridge’s construction of a new Line 3 were arrested over the weekend in a human trafficking sting operation. In total, six men were were arrested on Sunday, June 27, for various sex crimes in Bemidji, Minn., in a two-day sting operation led by the Bureau of Criminal Apprehension’s Human Trafficking Investigators Task Force (MNHITF) and the Tribes United Against Sex Trafficking (TRUST) Task Force.

Two of the arrested were confirmed by an Enbridge spokeswoman to Native News Online as employees of a sub-contractor working on Line 3.

With assistance from the Bemidji Police Department and the Beltrami County Sheriff’s Office, the sting operation lured the individuals through a paid advertisement on a sex advertisement website.

“All were booked into the Beltrami County Jail on probable cause solicitation of prostitution of an adult,” the Minnesota Bureau of Criminal Apprehension stated in a statement. “Charges are expected in the coming days.”

Enbridge is replacing its Line 3 oil pipeline through Minnesota and increasing its capacity from 390,000 to 760,000 barrels a day, making it the largest tar sands pipeline in the world.

The names of those employed by the Enbridge sub-contractor were not made public.

“We expected this,” Honor the Earth Executive Director Winona LaDuke said to Native News Online of the increase in sex crimes. “It’s tragic how dispensable women are to this world.”

The recent arrests against employees of Enbridge aren’t the first, however. In February, two other men were charged for human trafficking crimes in Duluth from Missouri and Texas. With more arrests, a growing concern is that the construction of Line 3 in northern Minnesota has already brought more sex crimes to the region. American Indian women are disproportionately affected by sex crimes.

“Upon learning of their arrests, the employment of these two individuals was immediately terminated,” Enbridge said in a statement. “Enbridge and our contractors have zero tolerance for illegal and exploitative actions.”

According to a study published by the University of Colorado, Boulder, American Indian communities have reported increased rates of human trafficking, specifically sex trafficking, and missing and murdered indigenous women in their communities since the Bakken oil boom in North Dakota since 2006. In other words, the oil industry has been proven to bring violence and sex crime in places where it would not otherwise be.

“All Line 3 Replacement Project workers are required to complete human trafficking awareness training as part of their onboarding requirements as mandated in the route permit conditions issued by the Minnesota Public Utilities Commission,” said Enbridge Communications Specialist Juli Kellner in an email to Native News Online.

The project has brought thousands of workers to northern Minnesota and are staying in hotels, and other rentals along the pipeline’s route, in small towns near and on reservations.

Today, Honor the Earth presented a free, live concert at the Water Protector Welcome Center near Palisade, Minn. featuring the Indigo Girls and other special guests. Proceeds from the concert will support the work of Honor the Earth and water protectors to safeguard the waters and wild rice of Minnesota from Line 3, Enbridge’s largest tar sands pipeline project in the world.