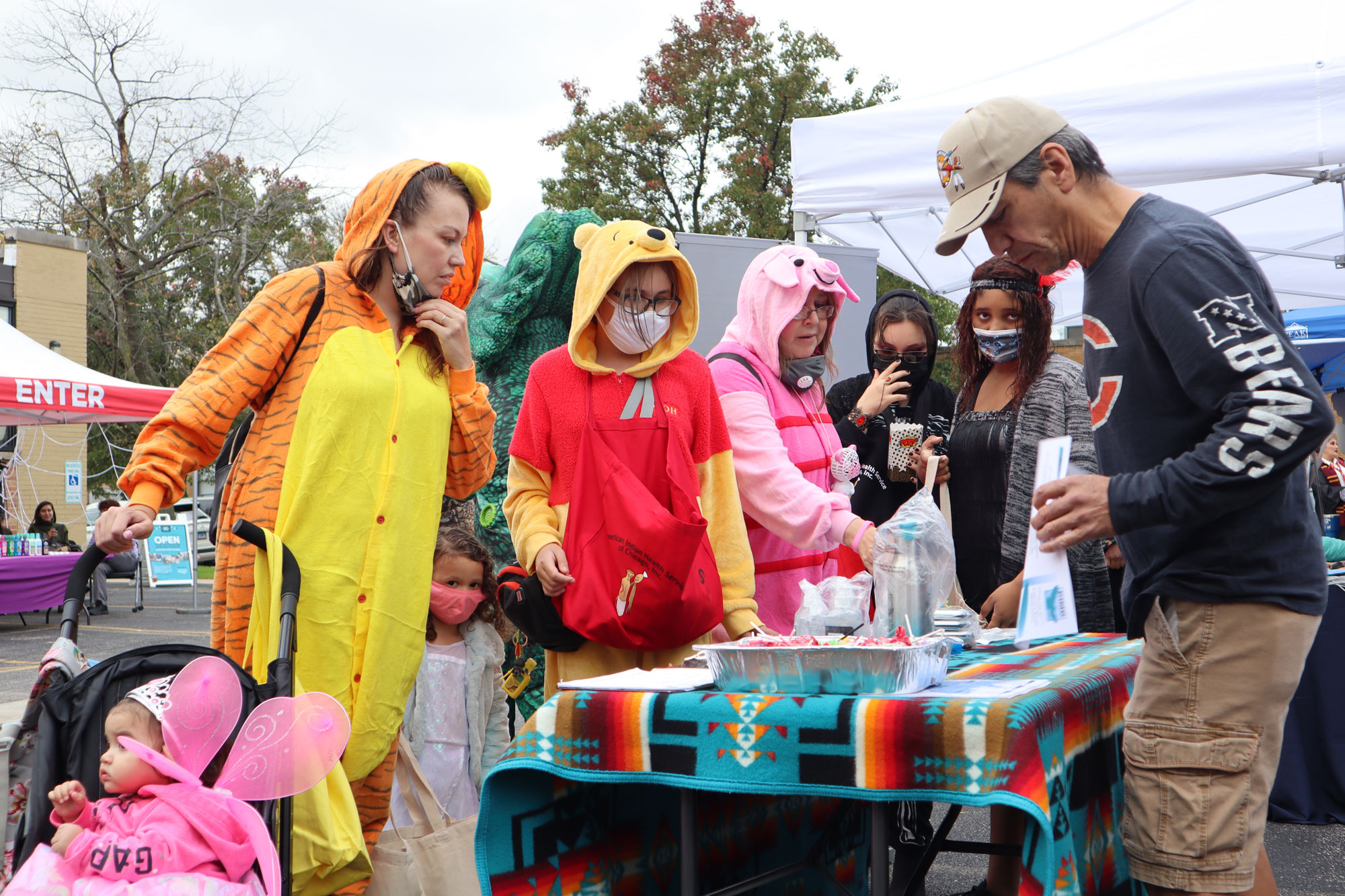 CHICAGO—Yesterday, the American Indian Health Service of Chicago hosted a Trunk-or-Treat event  to build community as the pandemic continues to waver. Created a year ago in the midst of the COVID-19 pandemic, the popular Halloween event was initially organized by Young Native Leaders in partnership with the Chicago Public Schools American Indian program.

Families brought children to collect candy, learn more about the history of the community, and gather safely in the parking lot of the organization. As the COVID-19 pandemic continues, attendees of the event had to fill out a survey for data purposes and get their temperature checked to attend. Members of federally recognized American Indian tribes could also get a free flu-shot at the event.

"Our mission, at the American Indian Health Service of Chicago, is about healing," said AIHSC Outreach Director Cyndee Fox-Starr to Native News Online. "We promote healing physicially, mentally, spiritually and emotionally from our cultural values." Fox-Starr is enrolled member of the Omaha Tribe of Nebraska.

“This event is about bringing people together,” said American Indian Center of Chicago Executive Director Melodi Serna (Turtle Mountain Chippewa and Oneida), who attended the event. “It’s so good to see our community get together and be a community.”

The event also showcased various community based organizations that provide services to the American Indian community in Chicago.

“Our children wanted to bring our community together,” said Josee Starr to Native News Online. “The success of the event was seeing our community come together, smile and hope in the midst of the pandemic.” Starr was previously the Youth Programs Coordinator for the St. Kateri Center in Chicago and is now working as Operations Manager at the Mitchell Museum of the American Indian in Evanston, Illinois. Both organizations contributed to the event.

Last year’s event served more than 200 children. Numbers this year were near 75 children, and this year’s event was shorter in duration.