Tribal Nations Working Together: Everyone Wins 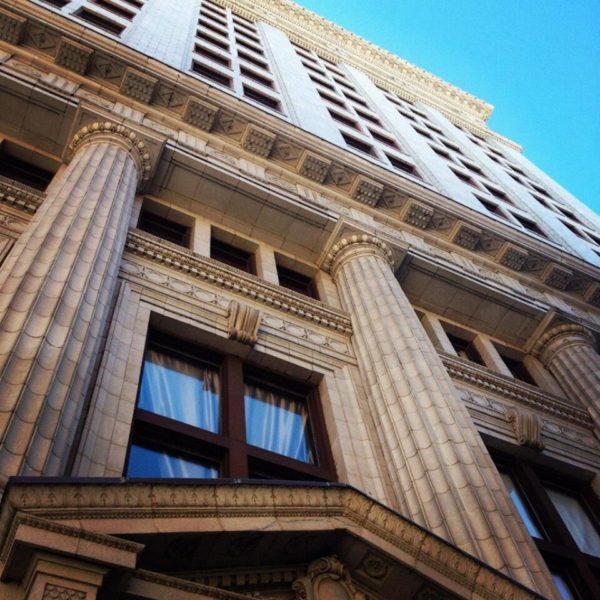 The McKay Tower sits where an Indian village was located along the Grand River prior to European contact. Back then, the Potawatomi were part of the Confederacy of the Three Fires with the Ottawa and Ojibwe tribes. Today, the Potawatomi still exist in Michigan, along with the Ottawa and Ojibwe. Each June, the Homecoming of the Three Fires Powwow is held in a park near downtown Grand Rapids. 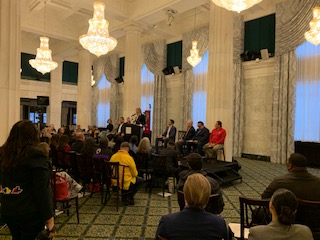 Last week’s announcement was exciting for a variety of reasons.

The purchase of the McKay Tower for $17.5 million by the two Potawatomi tribes demonstrates the positive movement tribes are taking to think way beyond Indian gaming for tribal economic development, which ultimately impacts tribal citizens lives in a positive manner. In any given year, it is incumbent on tribes to build their tribal economies. Strong tribal leaders think in terms of the next seven generations.

These two tribes — through tribally owned investment arms — are thinking long-term by making progressive investments in manufacturing companies and professional services that help local economies. Now they are property owners in downtown Grand Rapids.  That will allow them to emerge as key participants in the economic vitality of downtown Grand Rapids, even as they build their base of tribal assets.

Last week’s announcement was significant because it debunks a myth that tribes cannot work together. As a proud Potawatomi man who has lived in Grand Rapids his entire life, I love it when I see our local tribes working together in collaboration and harmony. It further demonstrates great strides that tribes are making to work together in the spirit of collaboration by partnering in commerce. The partnering of the two tribes to purchase the McKay Tower benefits the tribes both internally and externally.

It should be reiterated that the tribes are from Michigan. They are local tribes, and that’s important. In an era where national private equity firms and global investors are snatching up and then flipping properties, the West Michigan community assuredly welcomes the type of “patient capital” that the tribes are investing in this deal. No one will never have to worry about the tribes shipping profits out-of-state or relocating to some foreign country—because they are home, where their ancestors once lived. They’re not going anywhere. Grand Rapids is their homeland.

The purchase of the McKay Tower represents one of the largest acquisitions of non-gaming property by tribes in the United States. It ranks up there with the Forest County Potawatomi Community of Wisconsin, the Oneida Tribe of Wisconsin, the San Manuel Band of Mission Indians and the Viejas Band of Kumeyaay Indians co-investment in the Residence Inn Capitol by Marriott, four blocks from the U.S. Capitol.

It ranks up there with the Winnebago Tribe of Nebraska and the Prairie Band Potawatomi Nation purchase of the Terra Towers (now called the Ho-Chunk Tower) in downtown Sioux City, South Dakota.

It ranks up there with the Mille Lacs Tribe Band of Ojibwe purchase of the Crown Plaza, DoubleTree and Intercontinental St. Paul-Riverfront in downtown St. Paul, Minnesota, which makes it the owner of more than one-half of hotel rooms there.

Last week’s announcement was exciting because, as property-owners, these tribal entities have made more than simply a financial investment. These two tribes—at the beginning of 2020, a new decade—are sending a message they believe in downtown Grand Rapids.

Knowing the people at both tribes, as I do, I know they are willing to roll-up their sleeves and work together with others to ensure success. They have invested in the further growth and prosperity of downtown Grand Rapids. This investment makes us, as a community, all winners.

Levi Rickert, a tribal citizen of the Prairie Band of Potawatomi Nation, is the publisher and editor of Native News Online.