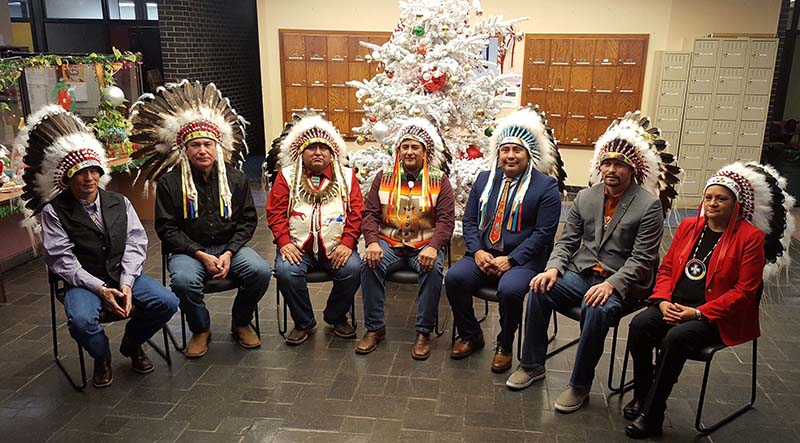 Federal criminal charges outline a bribery kickback scheme on the Fort Berthold Indian Reservation that allegedly funneled more than hundreds of thousands of dollars to two current tribal government officials and a former official of the Three Affiliated Tribes of the Mandan, Hidatsa, and Arikara Nation, or MHA Nation.

The alleged criminal activity spans 2013 through 2020 and involves at least $1.9 million combined in bribes and kickbacks paid by a construction contractor to the three officials, according to affidavits in the criminal complaints unsealed last week in the U.S. District Court for the District of North Dakota.

Randall Jude Phelan, Delvin Reeves and Frank Charles Grady each were charged with one count of conspiracy and one count of federal programs bribery for their part in the schemes.

Phelan has served as an elected representative on the Tribal Business Council for MHA Nation since November 2012, and appointed Reeves as project manager for the region of the reservation called the West Segment. Reeves also served on the economic development corporation board for the West Segment.

According to the affidavit, the unnamed contractor — who has since pleaded guilty to bribery charges and is cooperating with federal investigators to get a reduced sentence — paid off Phelan and Reeves to steer contracts on the reservation to his firm. The contractor supposedly fraudulently inflated project costs to cover the bribes paid to the two officials.

The contractor told the Federal Bureau of Investigations that he had paid Phelan more than $1 million in cash bribes and kickbacks as of December 2018 and continued paying him through May 2019. The FBI’s forensic accountants determined that the contractor paid Reeves about $633,000 via checks, cashier’s checks and wire transfers from August 2013 through October 2019.

At one point, Phelan even told the contractor he was going to get with Reeves to accept only cash bribes because checks would “get you in trouble,” according to the affidavit.

In the affidavit, the FBI said Phelan and Reeves “knowingly devised a scheme to defraud the MHA Nation of money by causing and facilitating the submission and payment of false and fraudulent invoices for construction and other projects paid for with tribal funds in exchange for the public officials’ receiving bribes and kickbacks.”

The projects in question entailed home renovations and repairs for MHA Nation enrolled citizens, work on the tribe’s powwow grounds and a duplex project, the cost of which the contractor said he inflated from $1.6 million to $1.8 million because otherwise “there’s no money to play around,” according to the affidavit.

The FBI determined MHA Nation paid the contractor more than $17.25 million overall from January 2012 to January 2020, of which nearly $7.5 million came from the West Segment economic development corporation (EDC) from February 2014 to October 2019. The EDC’s budget was not subject to oversight by the Tribal Business Council.

Separately, the contractor said Grady — then an elected Tribal Business Council representative for MHA Nation — took $264,000 in bribes and kickbacks from January 2016 through September 2017 to use the contractor for tribal projects. Grady served on the council from November 2014 until he was voted off in November 2018.

As well, an unidentified MHA enrolled citizen who previously served as Grady’s chief of staff said he or she received bids from the contractor at Grady’s discretion and prepared and facilitated invoices and payments of bribes to Grady, according to the complaint. In August 2017, Grady fired the person, who has since pleaded guilty to bribery and is cooperating with the FBI.

In one instance documented in the affidavit, Grady allegedly steered subcontracting work to the contractor for the Thomas “Johnny” Bird Veterans Memorial Hall on the reservation. As well, the FBI obtained a federal grand jury subpoena to access cell phone records that showed Grady and the contractor were in “regular contact” with each other.

The three officials have made initial court appearances, but are presumed innocent unless proven guilty.