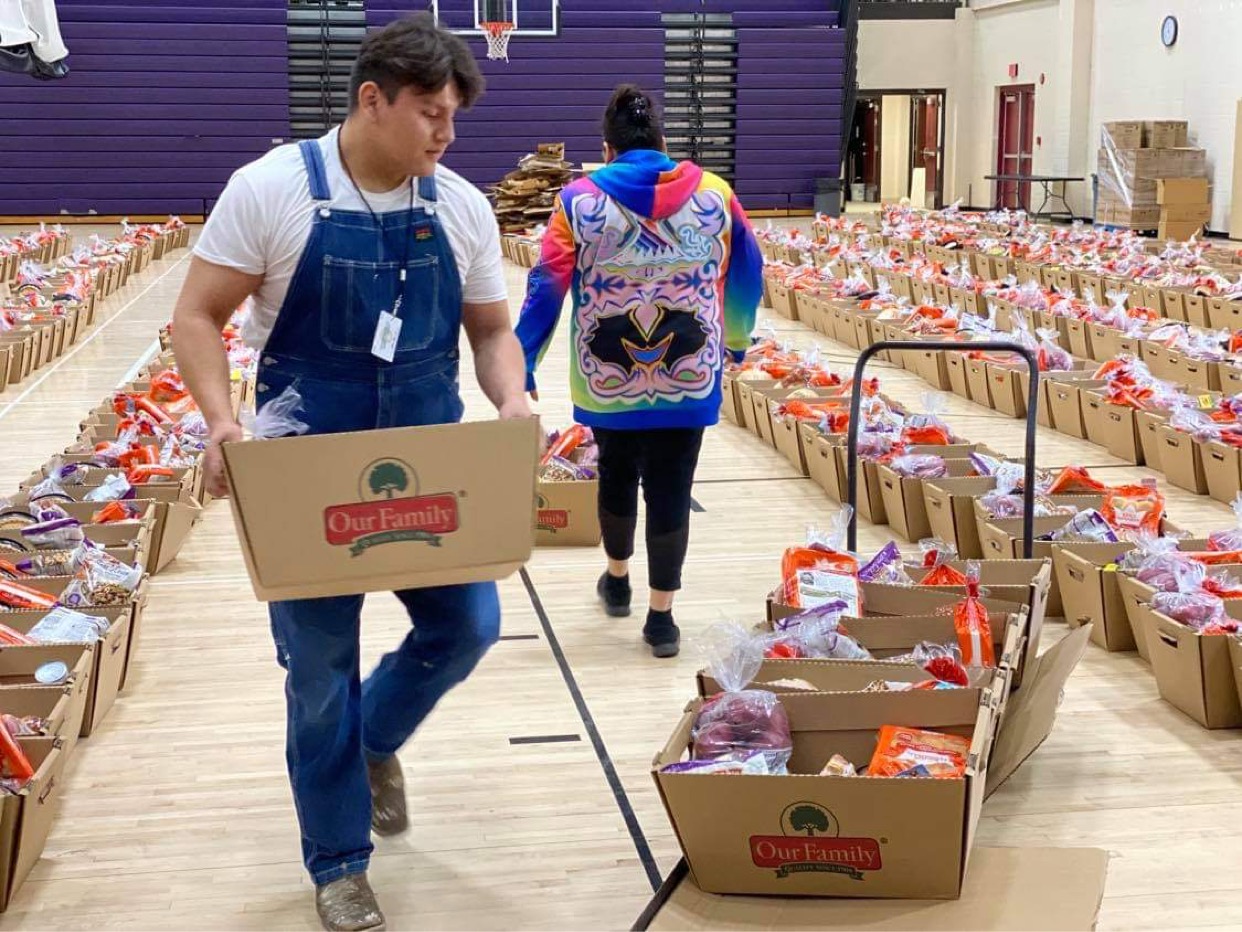 “We, as a tribe, are still practicing COVID-19 safety measures,” said Mandan, Hidatsa & Arikara Councilwoman Dr. Monica Mayer to Native News Online. “Even though the vast majority of our community members have had both vaccines shots, we still are emphasizing taking precautions.”

Prior to serving as a MHA Nation Tribal Councilwoman, Dr. Monica Mayer provided direct health care as a medical doctor as well as leadership in health care as chief medical officer for the critical access center at the Belcourt Hospital on the Turtle Mountain Indian Reservation. She has been a MHA Nation Councilwoman since 2016.

The last large gathering the MHA Nation hosted was its Christmas party in December 2019, where more than 1,200 guests were served. “Since Covid, we stopped all of our large gatherings,” Dr. Mayer said. 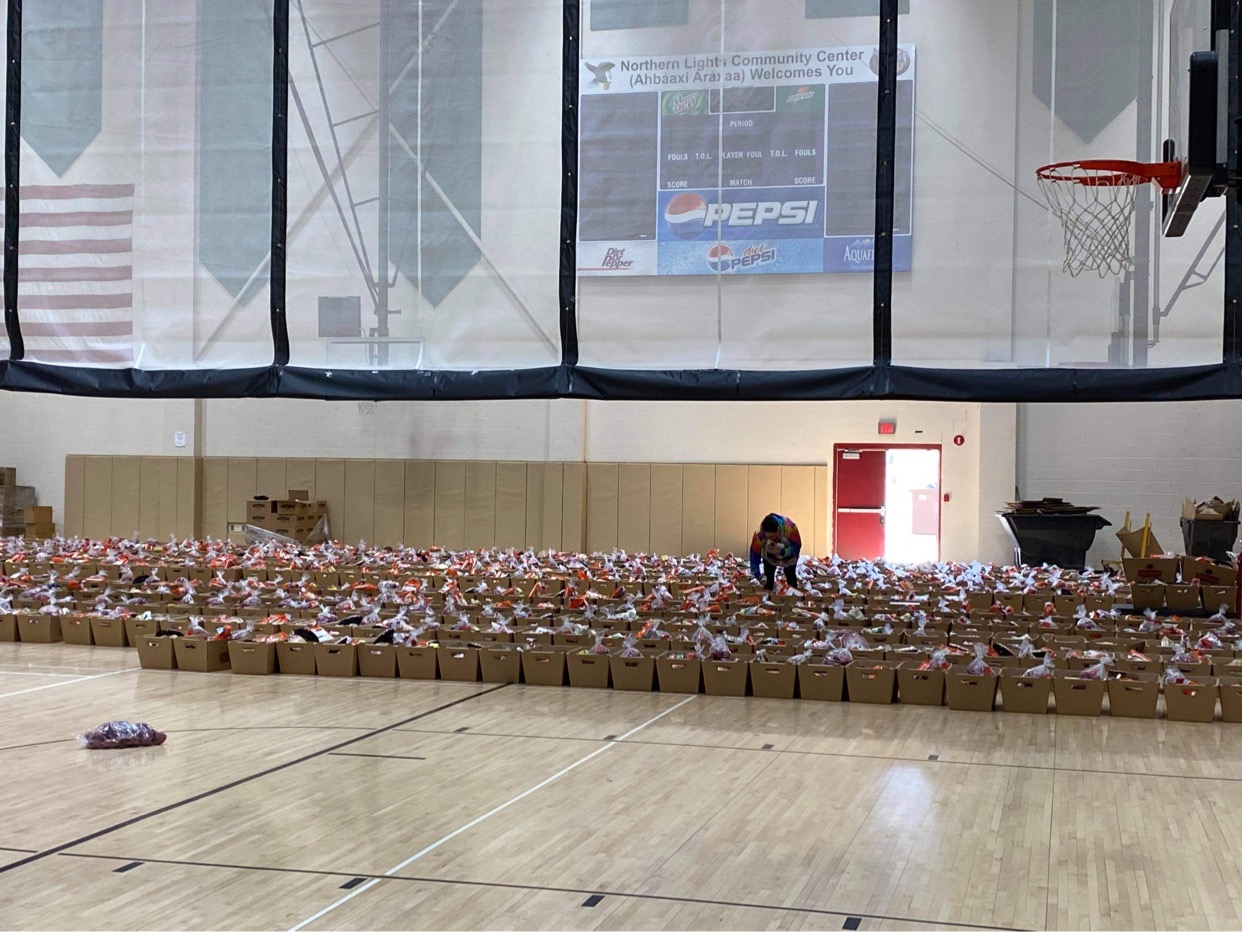 They organized, packaged and distributed 700 dinner packages for the community and 250 elder packages. Each dinner package contained ham, ten pounds of potatoes, stuffing, corn, butter, brussel sprouts, cranberries, and pies with whipped topping. “We pack everything but a drink,” said Dr. Mayer.

Elder packages include puzzles, personal organizers, herbal teas, jar openers, canned goods, hand sanitizer, Easter candy, and door prize tickets. “We encourage our elders to stay at home, but also have some things to do while continuing with their (Covid-19) mitigation measures,” she said.

Since the start of the pandemic, the MHA Nation has distributed five elder care packages to their elders. One of the packages included a blood pressure pump, digital thermometers, heating pads, and a $100 gift certificate to purchase meat when many grocery stores were scarce of food essentials in the region.

“Most of our lives are changed because of Covid-19,” said Dr. Mayer. “Vaccination is definitely key to solving this issue. As a physician, I foresee that we’re going to have another surge and the more we are prepared to deal with this disease.”

“We are the nation who suffered from the smallpox epidemic of 1837 and our entire population was nearly wiped out due to an outbreak,” Dr. Mayer added.

In 1837, an outbreak of smallpox on the Upper Missouri River killed approximately 90 percent of all Mandans and one-half of the Arikaras and Hidatsas.

To date, the vast majority of the community have had two shots of the Covid-19 vaccine, according to Emily Sitting Bear, director of the MHA Emergency Operations Center.