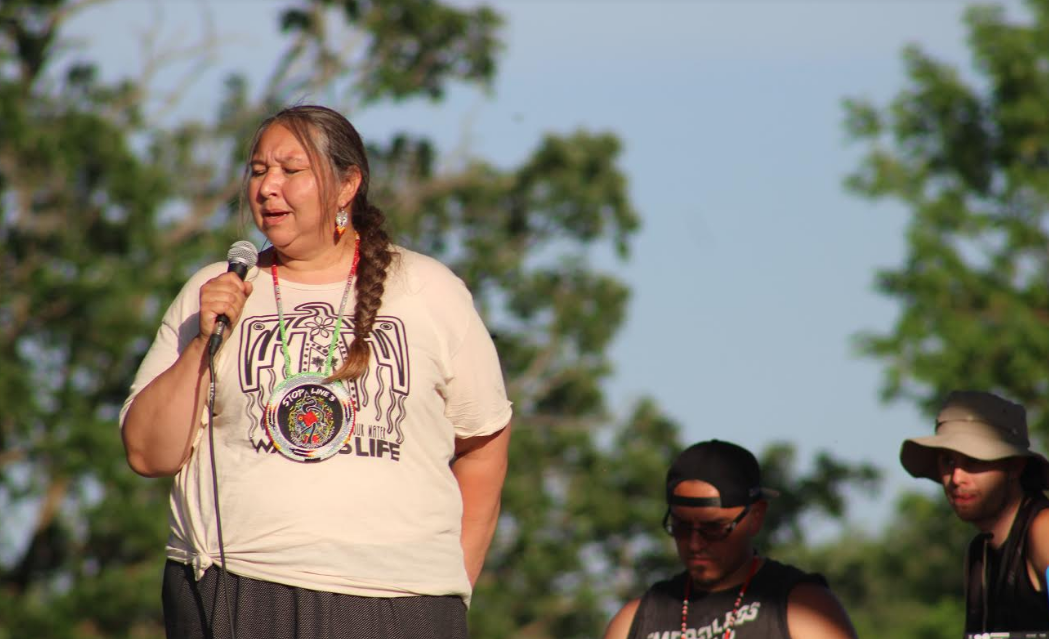 MAHNOMEN, Minn. — In what may become the largest gathering of water protectors since Standing Rock five years ago, thousands are expected to rally against Enbridge’s Line 3 oil pipeline in northern Minnesota on Monday.

Organizers of the Treaty People Gathering say that up to 2,000 people from all over the country are expected to gather on the White Earth Indian Reservation near Mahnomen, Minn. in an effort to stop the ongoing construction of the Line 3 oil pipeline project on tribal land.

More than 50 Indigenous, environmental and faith groups are sponsoring Monday’s main action against the pipeline’s new construction route. Several well-known celebrities and activists are expected to address the crowds, including film star and activist Jane Fonda.

The gathering is expected to include speeches, rallies and coordinated acts of civil disobedience, in which organizer hope to block work on the multi-billion-dollar project.

Organizers are calling the gathering the “largest resistance yet” against Line 3 since its final permits were granted by the Minnesota Public Utilities Commission in late November.

Resistance to Line 3 started over a year ago. Since early December, when construction began on Line 3, more than 250 people have been arrested.

“We have called upon our relatives, friends and allies from all corners of the world to stand with us to honor and uphold Article 6 of the US constitution, which states treaties are the supreme law of the land,” said Dawn Goodwin, White Earth Band of Ojibwe tribal citizen and a founder of RISE – Resilient Indigenous Sisters Engaging Minnesotas, to Native News Online.

“Elected officials and our regulatory agencies have failed to protect the guaranteed usufructuary of the Anishinaabeg,” Goodwin said.

The new pipeline replaces the current and aging Line 3 and would transport nearly 800,000—nearly twice as much oil as the current line—barrels of Canadian oil across northern Minnesota every day. The pipeline’s route crosses more than 200 waterways, and threatens a key component to treaties that Minnesota’s Ojibwe tribes signed with the U.S. Federal Government in the 1800s.

“I’m traveling to northern Minnesota to participate in a mass mobilization to call attention to this horrific and harmful project,” said Jane Fonda in a Facebook announcement. “This time I will be bringing some friends along, too: Taylor Schilling (“Orange Is the New Black”), Katherine Keener (“Modern Love”), and Roseanna Arquette (“Pulp Fiction”).”

The White Earth Nation, Red Lake Nation, the Leech Lake Band of Ojibwe and the Minnesota Department of Commerce — have argued that Enbridge hasn’t proven there’s enough demand for the new Line 3. The Minnesota Court of Appeals is expected to issue a decision by June 21 on whether there’s a long-term need for the project in the state.

“Our waters are being put at risk and inevitable harm from tar sands oil,” said RISE Founder Goodwin. “The CO2 that this line would put into the atmosphere would be equal to 50 coal plants.”

“Non-native people are living on stolen land and continue to benefit from treaties while not honoring them,” says the Treaty People Gathering on its website. “It is the responsibility of non-native people to know and respect the obligations included in federal and state treaties. Treaties protect all of us.”