This Day in History: The Mystic Massacre 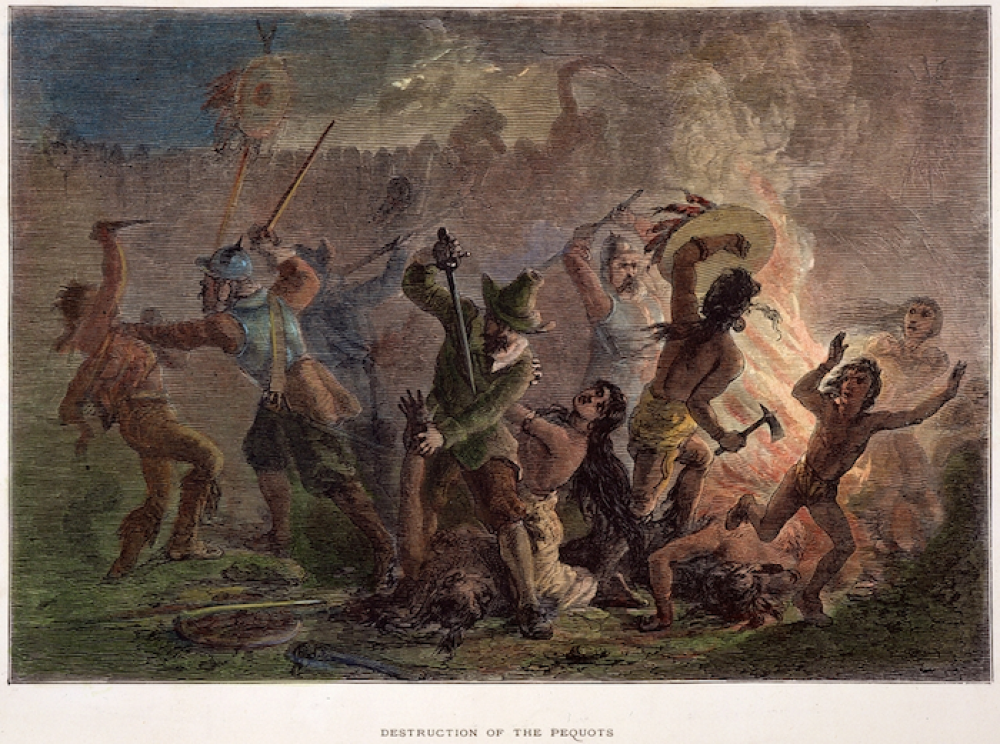 On this day, May 26th, some 385 years ago, the Pequot Tribe was devastated by an attack instigated by the English Puritans and their Native allies. This massacre was one of the many attacks by the Puritans during a three-year war, but it was the Pequot’s first defeat.

The war was started by the Puritans because of their initial need to acquire the Pequot Tribe’s traditional land. Up until this point, the Pequot Tribe and their allies had been on the winning side of this war. Their strategies were superior, even with the lack of firearms.

During this attack, the colonists showed no mercy for women and children. Instead of just attacking the fort where Pequot men resided, the colonists targeted the fort that housed women, children, and elders as well. After defeating the defenders, the colonists burned down what was left of the fortress, including the people who managed to survive. As many as 500 men, women, and children were killed in the deadly massacre.

To make sure that the defeat of the Pequots was certain, the colonists destroyed the remaining homes and food supply of the Tribe’s members, forcing them to leave their homelands.

As the war progressed and the colonists managed to gain more land, they began to use the capture of Pequot men and women as a driving force. Capturing these Native men and women became their main goal because they could then sell them into the slave trade. Most of the Pequot people who survived were sold into slavery.

Years later, the Pequot Tribe slowly regained status, and their Tribal members began moving back to their homelands in Connecticut to restore their land and community. Over the years, their story became one of resilience and restoration.

Today, they are federally recognized as The Mashantucket Pequot Tribal Nation, which is one of the state of Connecticut’s largest employers and taxpayers. Pequot Nation is the owner of one of the largest and most successful resort casinos in North America — The Foxwoods Resort Casino — along with a variety of other enterprises, including the Lake of Isles Golf Course, the Pequot Pharmaceutical Network, and the Tribe’s Mashantucket Pequot Museum & Research Center.