They Gave the World the Creator’s Game. Now They’re Fighting to be Allowed to Play. 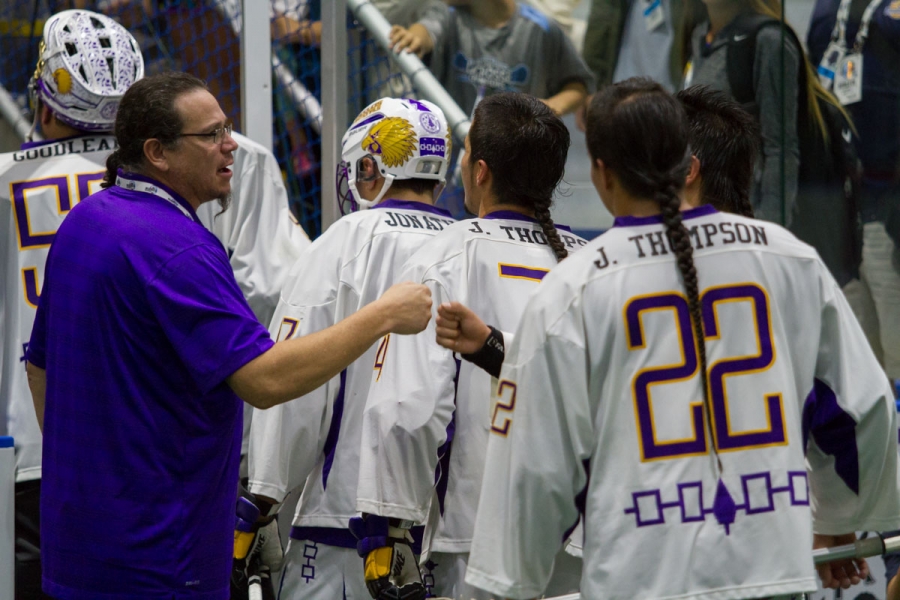 SYRACUSE, N.Y. — On Aug. 14, the International World Games Association (IWGA), World Lacrosse (WL) and the organizing committee for the World Games (TWG) released a statement saying that the Haudenosaunee Nation will be eligible to compete in the 2022 World Games in Birmingham, Ala. should they qualify under criteria set by WL and approved by IWGA.

“On behalf of World Lacrosse, I would like to express our deep appreciation to the leadership of the International World Games Association and The World Games 2022 Birmingham Organizing Committee for their favorable response to our request to allow the Haudenosaunee Nation to compete in TWG 2022,” said World Lacrosse president Sue Redfern in the statement. “It is clear the leaders of these organizations are committed to upholding the highest ideals of international sport, and we are grateful. Though The World Games 2022 Birmingham are still two years away, we look forward to joining other sports for what we know will be an outstanding event and a memorable celebration of sport.”

The decision came after the circulation of a change.org petition, which has been signed more than 50,000 times, called for the Iroquois Nationals lacrosse team to be included in the upcoming games.

According to the petition organizers, “The Medicine game (Lacrosse) was gifted to the World and other nations by the Haudenosaunee People and to show this outright disrespect and discrimination is not what this game stands for. We collectively stand in support of the inclusion of the Iroquois Nationals team, in fact, it is each nation who should show gratitude to the Haudenosaunee for their generosity to the world for including us in their powerful game.”

Many of the controversies and challenges that have prevented the team from participating in past games or other international events have been related to issues of tribal sovereignty. The Iroquois Nationals use Haudenosaunee passports for international travel, and on a number of occasions have been delayed at airports while traveling abroad. The Haudenosaunee Nation includes the Mohawk, Onondaga, Oneida, Seneca, Cayuga and Tuscarora Nations, and are primarily located in New York, Quebec and Ontario. Native Americans from other tribes are also eligible to play for the Nationals.

“We represent Indigenous communities around the world to some respect. Not just Haudenosaunee, not just First Nations,” said Akwesasne Mohawk Nation citizen Leo Nolan, the executive director of the Iroquois Nationals.

“Indigenous people around the world see this as a banner and we carry that responsibility. We are serious about making sure that banner is carried in a respectful, diplomatic way.”

While this recent decision is still a favorable development for the men’s team, Native women’s lacrosse has had to overcome and navigate their own obstacles for recognition.

In 2017, women’s lacrosse made its first appearance at the World Games in Wrocław, Poland, and will be part of the official programming in 2022. Men’s lacrosse will participate as an invitational sport. Rules and regulations for women vary from men’s lacrosse, such as no physical contact and allows for more players to utilize a larger size field.

For one family, lacrosse means maintaining a cultural connection and deserves equal representation. Amy Lazore (Mohawk) is the mother of two lacrosse players, Jacelyn, who plays for Virginia Tech University, and Mirabella “Mimi,” who plays for Dartmouth College and participated in the Haudenosaunee Nationals Women’s Team and U19 Team at the 2017 and 2019 FIL World Cup. Lazore advocates for girls and young women to play the sport as a modern way to honor their heritage and to stay active.

“I do believe that [lacrosse] came from the Creator. I like to think it gives you wings. I mean I know that’s kind of cliche,” Lazore said in a 2018 interview with CBC Radio. “But I don't know any other way to describe it because it gives girls a chance to be lifted up, and given a chance to do something that is unique because it originated in North America and it originated with their own people. And it becomes part of the weave of the fabric here. It becomes so, ‘Of course girls play. We have great players in our community. We raised them.’”