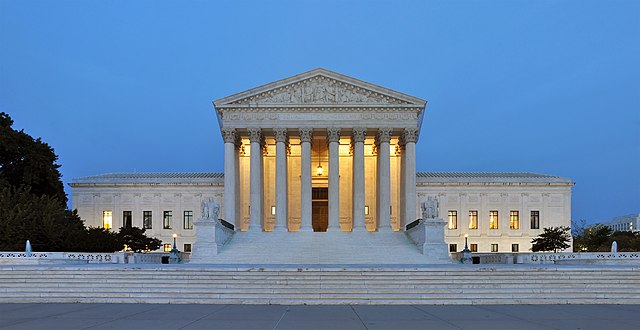 Washington, D.C.—On Wednesday, April 27, the United States Supreme Court will hear oral arguments in Oklahoma v. Castro-Huerta, the state of Oklahoma’s case against the landmark 2020 McGirt ruling that affirmed that Congress had never disestablished the Creek reservation, or other reservations in eastern Oklahoma. In Oklahoma v. Castro-Huerta, the issue is whether a state has jurisdiction to prosecute non-Indians who commit crimes against Indians in Indian Country.

“The important thing already happened—the majority McGirt ruling,” said Suzan Shown Harjo told Native News Online. “The other important thing that happened was the Supreme Court did not take the opportunity to review or undo the McGirt decision as the state of Oklahoma requested.”

“Now, all Oklahoma is looking for is whether or not it has a role and can be in charge of anything jurisdictionally,” said Harjo of the Castro-Huerto hearing. The Supreme Court “wouldn’t have agreed to hear oral arguments if they didn’t think some issues would be applicable,” she added.

Since the McGirt ruling, Republican Oklahoma Governor Kevin Stitt, also a citizen of the Cherokee Nation, has opposed the implications, arguing that criminals are going unpunished. Several weeks ago, Gov. Stitt appeared on Fox News with claims that Oklahoma is a lawless state and many victims are left without justice. However, the Tribes responded with statements that the governor is making claims to misinform and scare Oklahomans, and that Tribes and the Federal government have taken full responsibility to expand a criminal justice system that is fair for everyone.

“It’s possible that Oklahoma would gain a concurrent jurisdiction, a shared jurisdiction, or a sequential jurisdiction,” said Harjo. “Regardless of what the outcome is, it’s a vast limitation on its exclusive jurisdiction it thought it had prior to McGirt.”

Choctaw Nation of Oklahoma’s Chief Gary Batton wrote on April 19 in the Wall Street Journal that the McGirt ruling, “confirmed a bedrock principle of the rule of law: The U.S. must honor the treaties it signed. These binding contracts between two legal entities provide the basis for tribal sovereignty. McGirt confirmed that one side can’t abandon the agreements when they become inconvenient or unpopular.”

Oklahoma v. Castro-Huerta is the state’s challenge to “protect Indian victims,” the Governor’s press office claims in a statement. However, Sara Hill, the attorney general for the Cherokee Nation told PBS NewsHour, “prior to the decision in McGirt, Oklahoma had never attempted to assert jurisdiction over non-Indians who committed crimes against Indians. This seems like Oklahoma is trying to find any way it can to undermine tribal sovereignty, to undermine the system and to create as much chaos and doubt as possible.”

“The state of Oklahoma is looking at this issue as money and income—they want to make sure they have the power of the oil and gas industry and no one else taxes them,” said Harjo of Oklahoma’s opposition to the McGirt decision. “They’re not looking at this as an issue where they want to protect [the heck out of] Native women.”

Castro-Huerta, who is not Native American, was convicted in Oklahoma for neglecting his 5-year-old stepdaughter, who is an enrolled citizen of the Eastern Band of Cherokee Indians (North Carolina). He has already been found guilty in federal court and awaits sentencing.

Justices are expected to issue a decision by this summer.

Native News Online will be in Washington, D.C., covering the Supreme Court hearing and talking with various leaders of the Five Tribes on Wednesday, April 27.

This story wrongly referred to Harjo as an attorney. We have updated the story. We regret the error.