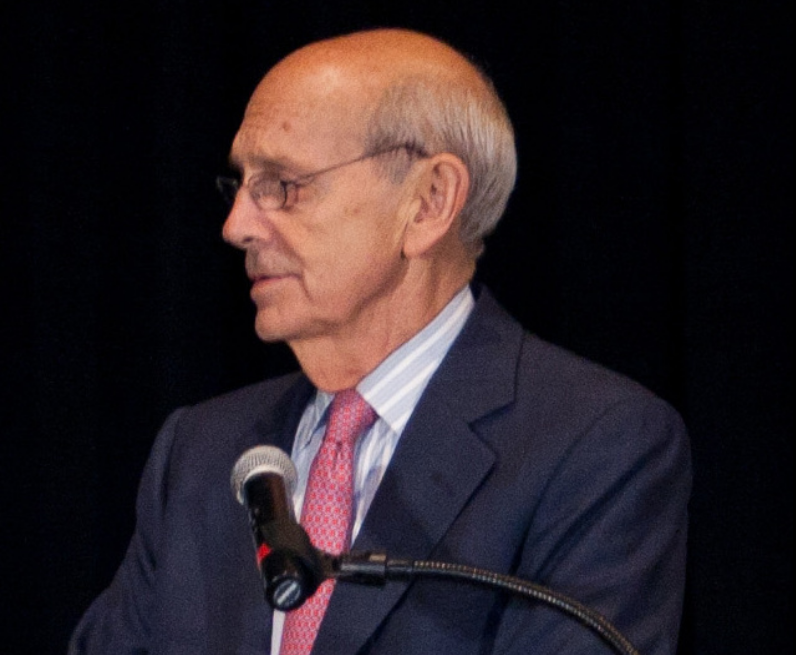 Justice Stephen Breyer, 83, was joined by President Joe Biden on Thursday as he  announced his retirement from the U.S. Supreme Court in the White House’s Roosevelt Room.

"I think he’s a model public servant in a time of great division in this country.  Justice Breyer has been everything his country could have asked of him," President Biden said during the announcement ceremony.

Turtle Talk's editor Matthew Fletcher (Grand Traverse Band of Ottawa and Chippewa Indians), professor at Michigan State University's College of Law, writes "...Breyer was no tribal sovereignty warrior ala Sotomayor, but he was no Indian fighter, either. He was part of the Rehnquist Court Nine that stayed together more than a decade. And, as such, he was also a part of a Rehnquist Court that showed nothing but contempt for tribal interests in the 1990s and 2000s. Justice Breyer’s voting patters are striking for one reason only — he rarely dissented from the Court’s majority in the Indian law docket. He seems to have gone with the flow."

Breyer’s retirement allows President Biden to nominate the justice’s replacement. It will be the first nomination to the Supreme Court by Biden, who has nominated more persons of color to the federal bench than any president in history in his first year in office. On Thursday, Biden said he intends to nominate a Black woman to serve on Supreme Court, fulfilling a campaign promise he made during a South Carolina primary debate in 2020.

The president’s nominee needs to be approved by the U.S. Senate. Given the partisanship in the nation’s capital, the 50-50 split Senate may require Vice President Kamala Harris to cast the deciding vote if the president can get all 50 Democratic senators to agree with his choice.

Breyer will leave the nation’s highest court once his replacement is confirmed by the U.S. Senate.

Breyer was nominated to serve in the U.S. Supreme Court in 1994 by President Bill Clinton.During his retirement announcement on Thursday, Breyer talked about the complexity of America.

“There are more than 330 million people. And my mother used to say it’s every race, it’s every religion … and it’s every point of view possible,” Breyer said. “And it’s a kind of miracle when you sit there and see all those people in front of you — people that are so different in what they think — and yet they’ve decided to help solve their major differences under law.”

Breyer’s retirement was announced shortly before noon on Wednesday by NBC News. The White House would not formally respond to questions relating to the retirement until Breyer personally made the announcement.

He did so today at the White House.