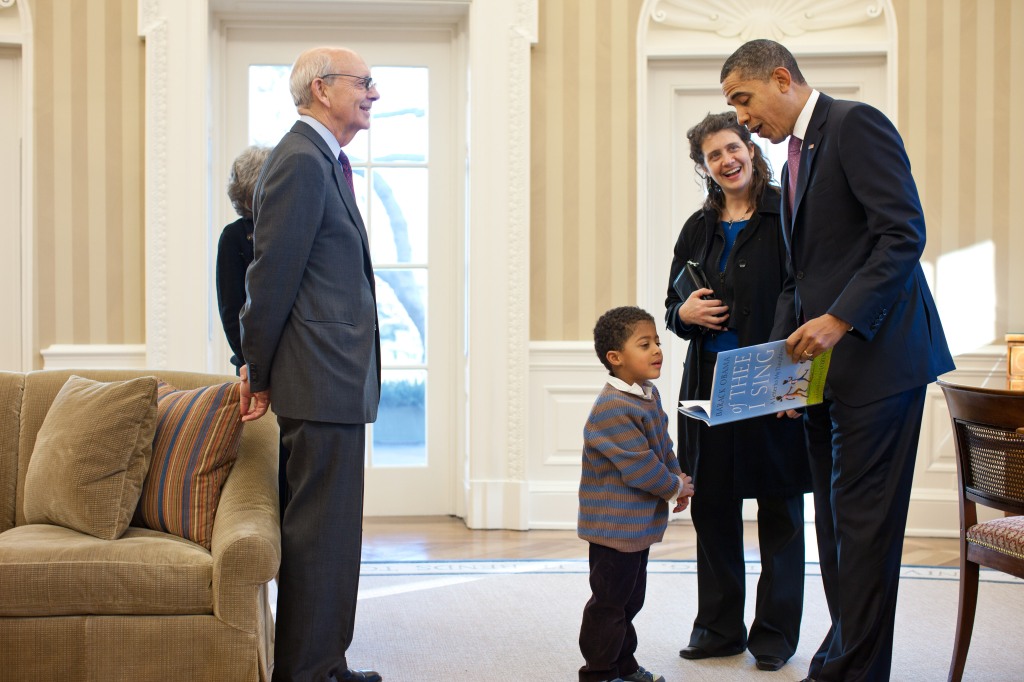 Justice Breyer was no tribal sovereignty warrior ala Sotomayor, but he was no Indian fighter, either. He was part of the Rehnquist Court Nine that stayed together more than a decade. And, as such, he was also a part of a Rehnquist Court that showed nothing but contempt for tribal interests in the 1990s and 2000s. Justice Breyer’s voting patters are striking for one reason only — he rarely dissented from the Court’s majority in the Indian law docket. He seems to have gone with the flow.

Let’s start with the overall period of time starting with Oklahoma Tax Commission v. Chickasaw Nation in 1995 up ’til now. Justice Breyer voted with tribal interests in 19 out of 48 cases I counted (I excluded a few, like South Florida v. Miccosukee, because it wasn’t an Indian law case; Amoco v. Southern Ute, because Breyer recused; Yellen v. Chehalis, because both sides had tribal interests), or 39.6 percent. Tribes won 19 out of those 48 cases (see what I mean about going with the flow?). Breyer was in the majority in 43 out 48 cases, an 89.6 percent clip. Justice Breyer authored five majority (or plurality) opinions, four of them supporting tribal interests. He wrote a pair of short concurrences in cases tribes lost.

Since 2014, when the Court decided Bay Mills Indian Community v. Michigan, Breyer’s voting pattern changed dramatically to favor tribal interests, again, in tune with the direction of the overall Court. Starting with Bay Mills, Breyer voted for tribal interests 9 out of 11 times. The Court, during that same period, was exactly the same for cases with votes (tribes won two cases 4-4 and we don’t know those votes, but it would be fair to say Breyer was very likely to have favored tribes in those cases, and, again, Yellen, which we don’t count).

[NOTE: This article was originally published by Turtle Talk. Used with permission. All rights reserved.]

In Breyer’s early years, he rarely wrote for the Court. His first Indian law majority opinion (or any opinion, for that matter) was Chickasaw v. US, a loss for tribes, and which came 7 years after he joined the Court.

Justice Breyer also wrote a critically important concurring opinion in Carcieri v. Salazar that articulated the bones of a conceptual framework later fleshed out by Interior allowing Indian tribes not federally acknowledged in 1934 to show that they might still have been under federal jurisdiction then, and therefore eligible to benefit from the fee-to-trust process. He cited the example of the Grand Traverse Band, which has paid dividends to the tribe.

In the bad stuff — and I do mean BAD — Breyer voted with the 5-4 majority in Adoptive Couple v. Baby Girl, swapping places with Justice Scalia, who dissented in favor of a Cherokee birth father. Breyer’s concurrence tries at least to limit the scope of the majority’s incredibly vicious attack on the Cherokee father, but offers absolutely no reason for the vote. Brackeen and all the attacks on ICWA are happening right now because of that vote. Period.

Justice Breyer was also a legal historian and wrote extensively on the Cherokee cases of the 1830s (see my 2010 commentary here). Here is C-SPAN’s video of Breyer’s Supreme Court Historical Society lecture on the Cherokee cases. The positive takeaway? The Court did the right thing and tried to save the Cherokees, very nearly succeeding. The cynical takeaway? The Court did the right thing, ruined its institutional legitimacy for a long time (forever?), and almost started the Civil War — so don’t try.

Matthew L.M. Fletcher is a tribal citizen of the Grand Traverse Band of Ottawa and Chippewa Indians and is the editor of Turtle Talk. He is a professor at Michigan State University's College of Law.