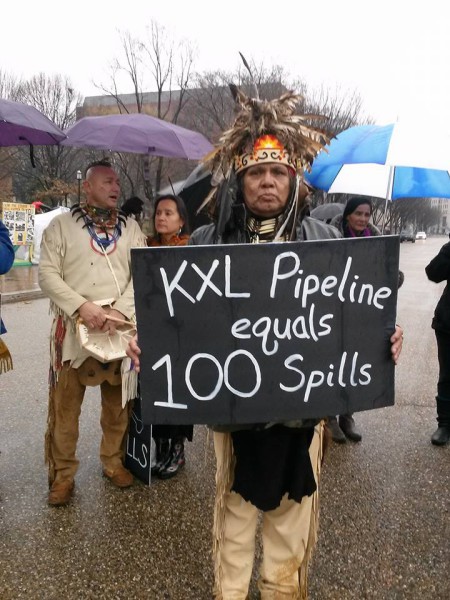 BILLINGS, Mont. –– The U.S. Supreme Court on Monday upheld a lower court ruling that blocked an important environmental permit for the Keystone XL oil pipeline, delivering another major setback to a project that’s been long-disputed by Indigenous environmental groups.

Canadian company TC Energy––which plans to use the Keystone XL to transport crude from Canada to the Gulf Coast––needs the permit to build the pipeline across U.S. rivers and streams. Construction had recently begun on the pipeline and now the project, which moved forward after President Donald Trump signed an executive order in support of the Keystone XL in 2017, faces more delay and uncertainty.

Though Monday’s ruling also cleared the way for some 70 other pipeline projects to proceed under a fast-track permitting process and is a partial victory for the oil and gas industry, the order comes after two other pipeline shutdowns within the past two days: the Atlantic Coast gas pipeline on Sunday and the contentious Dakota Access pipeline on Monday.

In May, a federal judge sided with environmental groups and required new oil and gas pipelines go through an arduous permitting and approval process to construct projects across lakes and rivers.

That ruling effectively canceled an environmental permit for several pipeline projects, which authorized and accelerated work on projects set to cross bodies of water. The ruling also stated that the U.S. Army Corps of Engineers failed to consider the damage that would be done to the environment and endangered species, and ordered that projects that received the permit be halted while an environmental impact study takes place.

The Assiniboine and Gros Ventre tribes of the Fort Belknap Indian Reservation in Montana and South Dakota’s Rosebud Sioux tribe have long opposed the pipeline, arguing that the Keystone XL was approved despite the potential damage oil spills and construction could have on cultural sites. Proposed in 2008, the pipeline would carry up to 830,000 barrels of oil per day from Alberta’s oil sands to refineries on the Gulf of Mexico.

Joe Biden, the presumptive Democratic presidential nominee, has said he would kill the Keystone XL project if he wins the election this fall.