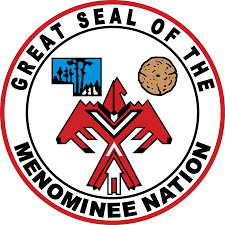 “This new LRB [Legislative Reference Bureau] analysis offers more reasons to support and approve the Menominee’s partnership with Hard Rock International for a proposed Kenosha casino and destination entertainment center,” said MITW Chairman Ronald Corn Sr. in a statement on Thursday. “As the LRB analysis states, the financial risk in greenlighting this project is significantly less than it was in 2015, and the benefits to the state, to Kenosha, and to the Menominee are considerable.”

The MITW previously proposed an $800 million casino project with Hard Rock, which is owned by the Seminole Tribe of Florida, and was ultimately denied by Republican Governor Scott Walker on January 23, 2015. Former Gov. Walker said he was concerned about the state’s obligation to refund payments to the Forest County Potawatomi (FCP), estimated by the FCP to be more than $243 million. The project had support from various Wisconsin-based Tribes and the Bureau of Indian Affairs and was opposed by the Forest County Potawatomi and the Ho-Chunk Nation. FCP withheld a $25 million payment to the state while the former Gov. was considering the project.

In accordance with the Indian Gaming Regulatory Act (IGRA) of 1988, a governor has the final authority to approve or deny any Indian gaming operations within state jurisdiction.

An amendment in 2018 between the Forest County Potawatomi and Wisconsin lessens the risk for possible revenue losses by way of a potential reduction in future payments by either party. The compact states that the state would not be required to refund any of the Tribe’s past or future payments. According to the compact amendment, FCP could place disputed payments into an escrow account pending a final legal determination.

“The bottom line in the LRB report is that the financial risk to the state has been greatly reduced, and we applaud the bipartisan efforts of Senator Wanggaard and Senator Wirch for working together to bring attention to this new disclosure,” Corn said. “The Forest County Potawatomi Community had claimed in a 2015 federal lawsuit that the state would need to refund to them an estimated $243 million if the Kenosha project was approved, but that is no longer the case.”

In Wisconsin, Indian gaming compact amendments made in the late 1990s and early 2000s require each Tribe that operates Indian gaming to make annual payments to the state based on its revenue from gaming. These annual shared revenue payments are regarded as a reimbursement for the exclusive ability to conduct types of gaming prohibited on non-tribal lands in Wisconsin. In other words, because other non-tribal entities cannot operate or own casinos in the state, tribes pay the state to operate.

“Most significantly, the 2018 amendment provides mitigation for revenue losses only on a going-forward basis,” according to Wisconsin Legislative Reference Bureau’s analysis. “In other words, unlike in the 2014 arbitrated amendment, the state would not have to refund the tribe for any of the tribe’s past payments to the state.”

“As one of the largest and poorest tribes in Wisconsin, the LRB analysis notes that our people regularly endure the highest rates of poverty and unemployment in the state as well as the lowest ratings of health outcomes,” Corn said of the study. “Our goal for this major economic development and tourism destination project is to invest in improving and expanding access for our tribal members to health care and education and devote more resources to fighting poverty, hunger, and unemployment on our reservation.”

The Green Bay Press-Gazette reported in August that two tribes that neighbor the Menominee, the Oneida Nation of Wisconsin and the Stockbridge-Munsee Mohican Nation, support the Tribe’s casino project. The Forest County Potawatomi has been reported to strongly oppose the project, as it operates a casino 40 miles north in Milwaukee. The project also has documented 3-1 support by local residents, according to a study by MIT’s gaming commission.

“Potawatomi is opposed to this casino,” said Potawatomi spokesman George Ermert on August 16 to the Green Bay Press-Gazette. “We’re opposed to a tribe from Florida with no connection to Wisconsin coming into our state and taking millions of dollars and bringing it back to Florida.”

The Forest County Potawatomi has stated it supports a casino project in development by the Ho-Chunk Nation in Beloit, which is about 80 miles away from Milwaukee and could compete with the Potawatomi Casino in Milwaukee.

The Menominee casino project will take several years to complete, requiring various approvals by federal, state, and local governments. There is no known value of the pending casino project, but in July, the Seminole Tribe of Florida purchased a 60-acre parcel of land, where the project is proposed, for more than $15 million from the Village of Bristol.