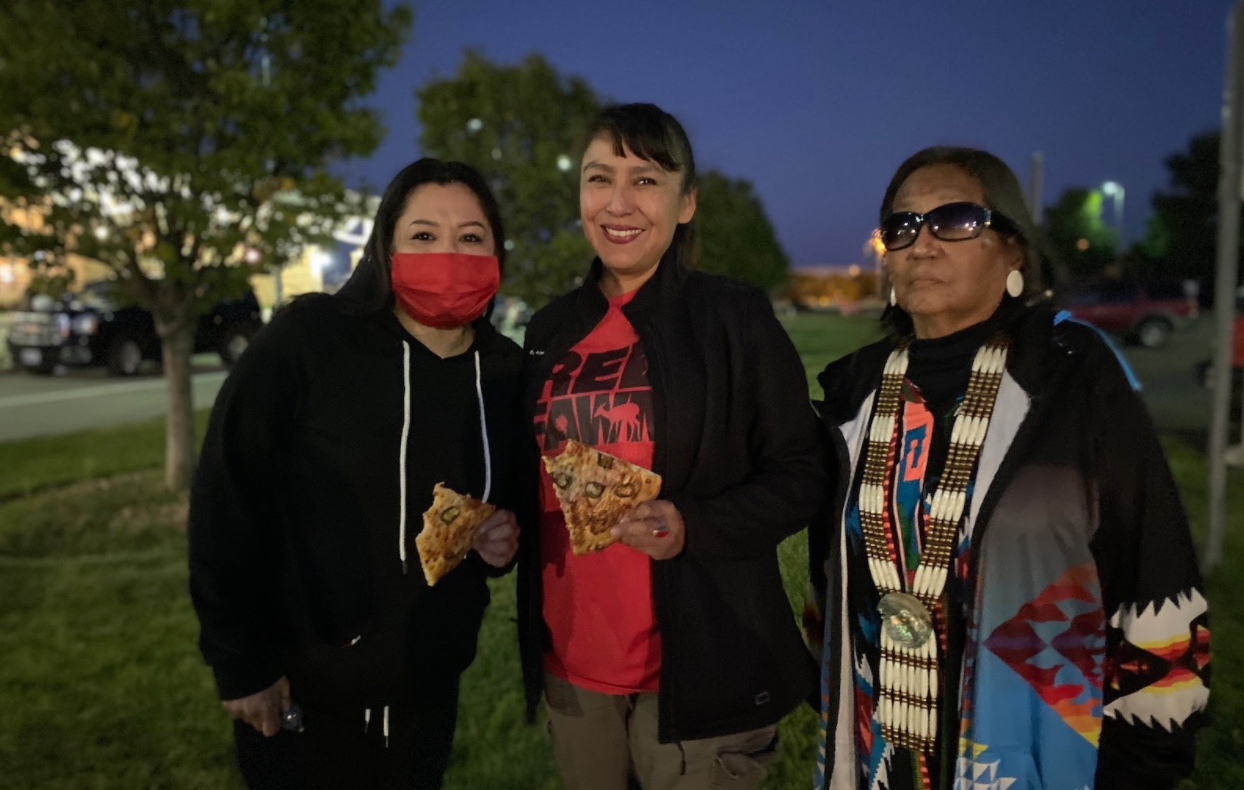 BISMARCK, N.D. — Red Fawn Fallis was greeted by friends at the Bismarck Airport in Bismarck, N.D. on Wednesday evening after serving a four-year sentence at a federal prison in California.

Fallis, a tribal citizen of the Oglala Sioux Tribe, was a water protector at Standing Rock during the resistance to stop the Dakota Access pipeline. She was arrested on Oct. 27, 2016 at an incident at Standing Rock. She was one of more than 140 people arrested in a violent clash with law enforcement led by the Morton County Sheriff’s Department on that day.

After her arrest, she was charged with several felonies, including a charge of civil disorder and possession of a firearm and ammunition by a convicted felon and the charge of discharge of a firearm in relation to a felony crime of violence. 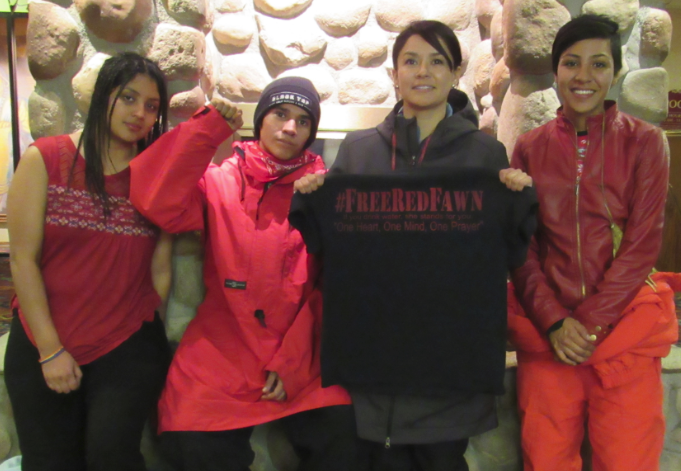 Facing 10 years with the possibility of life imprisonment, Fallis entered into a plea agreement on Jan. 22, 2018 with the federal prosecutor. On July 11, 2018, she was sentenced to 18 months on the civil disorder charge and to a concurrent term of 57 months on the possession charge. She was incarcerated in a federal prison in Dublin, Calif.

“Red Fawn was singled out by law enforcement at Standing Rock — and, sadly, she wound up bearing the brunt of police and state anger over our resistance. Of course, we know the real criminals are the oil companies and those in government and law enforcement who aid and abet their destruction of Mother Earth,” Chase Iron Eyes from the Lakota Law Project said.

During the Standing Rock resistance, more than 700 water protectors were arrested. Among all of those arrested, Fallis faced the most severe charges and was incarcerated for the longest period of time.

Many American Indians considered her a political prisoner.

“I am, and have always been, proud to stand at Red Fawn’s side. Though she’s now back with her community, this cannot be called justice. While she spent years behind bars, DAPL has operated without adequate environmental review,” said Phyliss Young, a former tribal council member of the Standing Rock Sioux Tribe.

“Always, the benefit of the doubt goes to white men and their industry, never to Native people who stand to protect the natural world. If we stop fighting, that pattern will never change. We must continue to protect our water, our sacred lands, and our future,” Young added.

After arriving in Bismarck, Fallis was able to spend a few minutes with friends before being transferred to a halfway house.