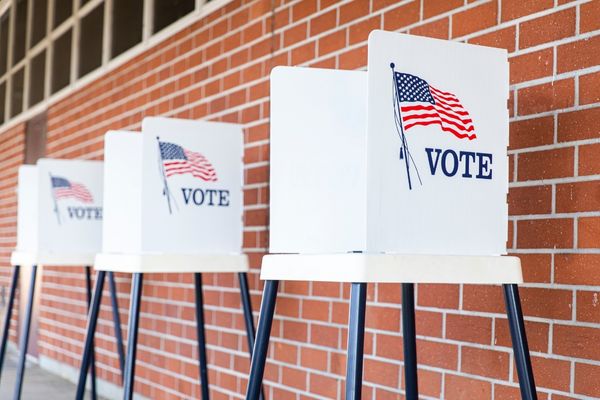 South Dakota voters will benefit from a court settlement reached between state officials and two tribal nations that resolves a lawsuit challenging the state’s numerous violations of the National Voter Registration Act (NVRA).

The NVRA was passed in 1993 with a number of goals, including “to establish procedures that will increase the number of eligible citizens who register to vote in elections for Federal office.”

In August 2021, The Rosebud Sioux Tribe, Oglala Sioux Tribe, Lakota People’s Law Project, and individual voters filed a lawsuit in district court alleging that the state was failing to uphold portions of the law, particularly a mandate for driver’s license offices and public assistance agencies to provide voter registration services to their clients during applications, renewals and change of address requests.

In May 2022, the United States District Court of South Dakota ruled that the states did indeed commit several NVRA violations, leading to the recent settlement.

“The settlement we negotiated details changes that South Dakota must make to provide the voter registration services guaranteed to each and every voter by federal law,” Rosebud Sioux Tribe President Scott Herman said in a statement to the Native American Rights Fund (NARF). NARF negotiated the terms of the settlement on the plaintiffs’ behalf.

The settlement calls for The Secretary of State to designate a statewide NVRA coordinator responsible for ensuring, monitoring, and overseeing compliance with the law. It also establishes training for state department employees to implement the law and requires the State of South Dakota to reimburse plaintiffs $625,000 for attorney fees.

“Ignorance will no longer be an excuse in South Dakota as the agreement specifies the state must create guidance, ensure accurate training materials, and actually train state agency staff on Motor-Voter responsibilities,” Hoksila White Mountain, one of the individual plaintiffs in the lawsuit, said in a statement.

White Mountain said she witnessed Native people disproportionately turned away on election day in 2020 because local offices had not properly registered them to vote.