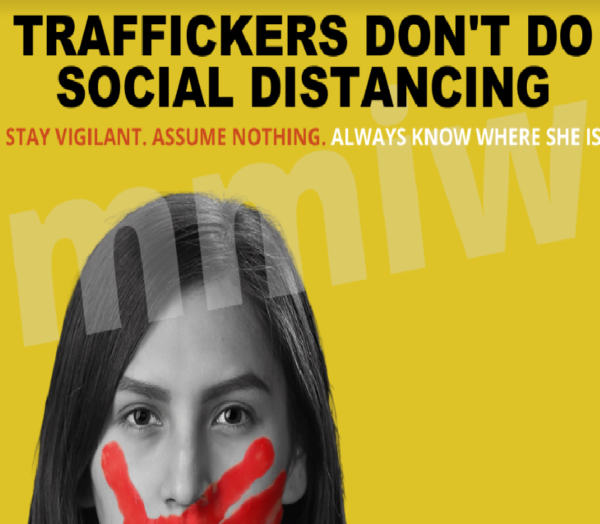 “With 90 countries in lockdown, four billion people are now sheltering at home from the global contagion of COVID-19. It’s a protective measure, but it brings another deadly danger. We see a shadow pandemic growing, of violence against women,” writes Phumzile Mlambo-Ngcuka, Executive Director of UN Women. As we remember our stolen sisters on this National Day of Awareness for Missing and Murdered Indigenous Women and Girls, we do so in the grip of these dual pandemics: COVID-19 and what the UN is now calling “the shadow pandemic.”

Today, Native Women in Film and Red Nation Celebration Institute had planned to hold a rally in Hollywood for our life-givers, for our future grandmas – our grandchildren and the unborn – and to say the names of our stolen sisters. From the streets we intended to take our prayers into the cinema and conclude what we considered to be our ceremony with a screening of Somebody’s Daughter. The COVID-19 pandemic precluded us from physically gathering, but in our hearts and minds we gather. In or hearts and minds we remember. And soon Native Women in Film will join with the producers of Somebody’s Daughter, the Coushatta Tribe of Louisiana, to make an announcement that will enable us all to participate in major MMIWG events across Turtle Island that will adhere to all social distancing measures.

When Native Women in Film began #WhyWeWearRED, our mission was to create a global call to action and media coalition initiative to bring awareness to Murdered and Missing Indigenous Women and Girls and the lack of inclusion of Native Women in film and television. The MMIWG documentary, Somebody’s Daughter, is a defining moment in the purpose of #WhyWeWearRED. Before the coronavirus hijacked our lives, the trailer for Somebody’s Daughter was trending on YouTube, there was a national tour in place, and Native Women in Film held the first festival screening of the film at the Red Nation Film Festival in Beverly Hills.

Somebody’s Daughter resonates on the deepest emotional levels. For myself, Joanelle, my experience is that when we don’t see Native women in media and we are not seen in the big picture that implies we don’t matter, that our lives don’t matter. I am a survivor of sexual assault. I was kidnapped and held hostage for over a week, drugged to unconscious and after about 10 days, at a moment of consciousness, I begged them to let me go. I am here to tell my story and speak for the ones who can’t. This is #WhyWeWearRED. Somebody’s Daughter gives voice for the silenced, and as the National Indigenous Women's Resource Center said, “Somebody's Daughter increases awareness to create change.” 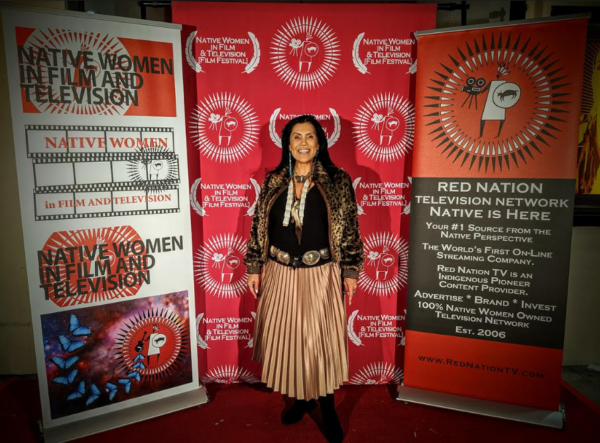 Leaders and exceptional artists in the indigenous community, including Poet Laureate of the United States, Joy Harjo, Oscar-winner Wes Studi, multi-award winning actress and director Georgina Lightning, Native American Rights Fund (NARF) Founder John Echohawk and internationally renowned author and environmental defender of the sacred, Winona LaDuke, have publicly supported the film. But it hasn’t only moved people in our community, its motivated lawmakers to action.

One of Somebody’s Daughter’s first high-profile endorsements came from civil rights icon, Congressman John Lewis. It inspired Democratic presidential candidate, Mayor Pete Buttigieg, to categorize MMIWG as “an unconscionable human rights emergency that we must work together to end,” and presumptive Democratic presidential nominee, Vice President Joe Biden, has commented, “This issue is an absolute passion of mine and will be a legislative priority if I am elected President. What’s happening to indigenous women on reservations and across the United States is unconscionable and outrageous. And, it’s devastating that families are conducting their own searches for missing loved ones. It must end. The epidemic of violence against indigenous women and girls is a stain on our past and present. But it does not have to be our future.”

There is a very real possibility that we could have a President of the United States who considers MMIWG to be “an absolute passion” and “a legislative priority.”

During the COVID-19 crisis, we have both been contacted by indigenous women suffering from “the shadow pandemic.” Women enduring mental and physical abuse while under lockdown. A relative of a victim whose death is being passed off as suicide. Too many of you will be hearing the same appeals. Too many of you maybe enduring the same. For this reason, we initiated memes for social media headed, “What if she has to shelter in place with her abuser?” and “Traffickers don’t do social distancing” which we hope will be shared. We have not forgotten.

When we speak of the MMIWG tragedy, we do so in the context of being parents. We all try to make our children aware, but as careful as we believe they are, there are moments when we look at our daughters – and now our sons - I wonder they will be next. Will they be the next not to call or text? The next not to come home? The next a cop suggests may be drinking or partying, or on a joyride with a new partner? The next found in a ditch along an empty highway? The next found in a snowbank or washed up on a lake shore? The next. What we know for certain is that sadly there will be a next. And a next. And a next.

The time for platitudes expired long ago. With each life that is taken, with each woman or child that is raped or bought and sold, those platitudes become emptier. A narrow Trump Administration presidential executive order that commits $1.5 million dollars to place 11 federal coordinators in US Attorneys’ offices with Indian Country caseloads isn’t going to do it. This from an administration that has spent $118 million dollars on President Trump’s golf trips to date.

As COVID-19 wreaks pain and havoc, we are reminded how we often speak of the MMIWG crisis as an epidemic. But an epidemic suggests something that is biological in nature, relatively short-lived, like an outbreak of a virus. But MMIWG is a crisis that is human in origin, it is not short-lived, it is rooted in centuries of colonialism. Systemic and institutionalized racism is the lab MMIWG was created in.

There exists a sickening parallel hemisphere-wide between the rape and destruction of the earth and the rape and murder of indigenous women and girls, be it for gold and silver in the frontier era, or for fossil-fuels today – the virus is the same and the victims are unchanged. The present is laced with historical trauma.

As we say to all: If you have a pulse, this issue impacts you. You took form in the womb. You were nurtured surrounded by sacred water. You were born of a life-giver, a woman, and that woman was once a girl. Violence does not discriminate, and neither should our laws.

Remember her name. Remember all of their names.

Rain is the director of “Somebody’s Daughter.” His previous film, Not In Our Name, had the distinction of being entered into the Congressional record at a House Natural Resources Committee hearing in May 2019.