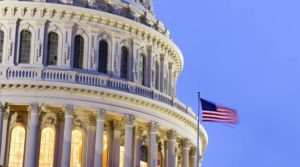 WASHINGTON – Arizona Senator Kyrsten Sinema has signed on as a cosponsor of the Native American Suicide Prevention Act, which would require statewide suicide prevention programs to collaborate with Native American tribes.

The legislation, introduced in 2019 by Massachusetts Senator Elizabeth Warren, has garnered some bipartisan support with 17 co-sponsors, including the two Republican senators from Alaska, Lisa Murkowski and Dan Sullivan. The bill is also cosponsored by two Independents, Angus King of New Hampshire and Bernie Sanders of Vermont. Both King and Sanders caucus with the Democrats. 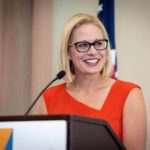 “Including tribal communities in statewide suicide prevention efforts reinforces our commitment to ensure the government provides critical health services to all Native American families,” Sinema said in a statement.

An identical bill was introduced in the U.S. House of Representatives by Rep. Raul Grijalva (D-Ariz.) with broad bipartisan support.

Both bills were referred to committees in February last year.

Suicide is the second leading cause of death for Native Americans ages 10-34, and the suicide rate for Native Americans ages 15-34 is 1.5 times higher than the national average, according to the statement. The Native American Suicide Prevention Act amends the Public Health Service Act and requires states to collaborate with tribal communities in the crafting and implementation of state-wide suicide intervention and prevention strategies, providing tribal governments a greater voice in the suicide prevention process.