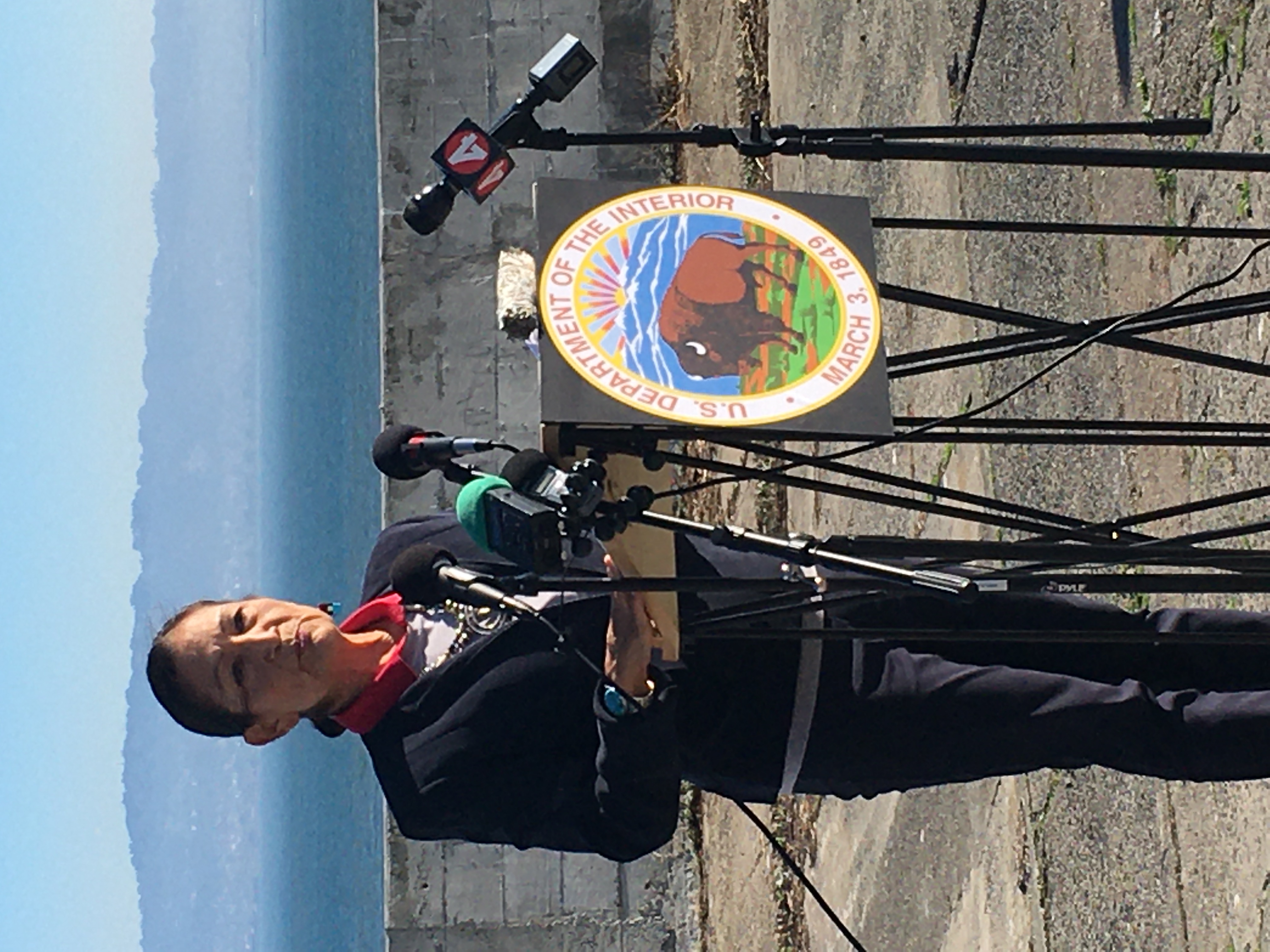 SAN FRANCISCO — Today Secretary of the Interior Deb Haaland (Laguna Pueblo) made a special trip to Alcatraz Island, to meet with some of the original occupiers of the 1969-1971 Occupation of Alcatraz, known as the Indians of All Tribes. They were there to commemorate the 52nd anniversary of the occupation of the island.

Haaland spoke for over an hour about her heritage, and what it personally meant to her to visit the site of the first major civil rights event for American Indians. Today, the National Parks Service proclaimed Alcatraz to be the birthplace of the Red Power Movement.

"I stand today on the shoulders of those courageous warriors who took a valiant stand against racism, injustice, poverty, lack of housing, jobs, education, food on the many different reservations across the United States,” she said in a speech to the press and event participants. “It humbles me now to know of all that they suffered so that I could stand here today as the first Native American woman to serve as the Secretary of the Interior. The time is right for change to happen for American Indians in this country. We stand united in our defense of our lands, our waters, our people, and our sacred places."

When asked how the Biden administration planned to handle the problem of lithium mining and other metals on tribal lands, her response was that there would be nothing done on tribal lands going forward without full and prior consultation and consent of tribal governments. She also spoke on the Biden administration’s commitment to language preservation.

And, she spoke about her own assimilation. “When I was 9 years old, I was constantly traveling around this country because my dad was in the military. I was primarily concerned with my school work, keeping up with it, and doing the things my mother felt were important,” Haaland said. “Like most Native American kids, I was encouraged to assimilate into the larger mainstream culture and do well in school."

When asked how it felt to be on Alcatraz, she said, "You know, I have been to many places in the United States, and everywhere that you stand, you are on someone's tribal land, someone's ancestral home. I feel grateful I have an opportunity to make sure their issues are heard, listened to, and given a strong voice."

The entire family of the late Richard Oakes Sr., Mohawk, an original leader and spokesperson of the initial occupation of Alcatraz was present and thanked the organizers that 52 years later, the main demand that a cultural center be built is still a dream to be fulfilled. 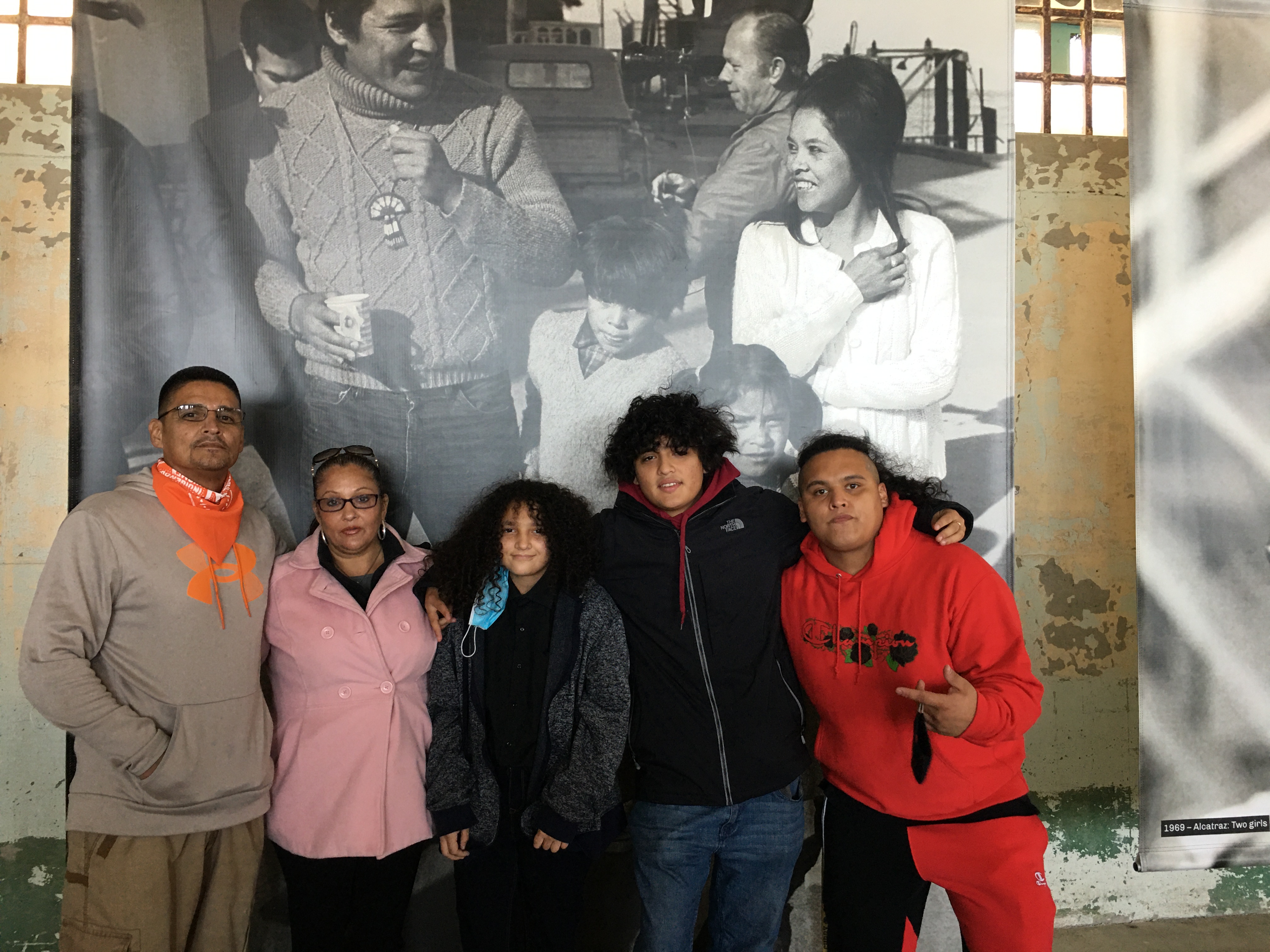 Haaland also participated in a prayer ceremony with another origignal occupier, LaNada War Jack (Shoshone-Bannock), who was one of the leader's of today's event, as well as others involved in the organizing committee.