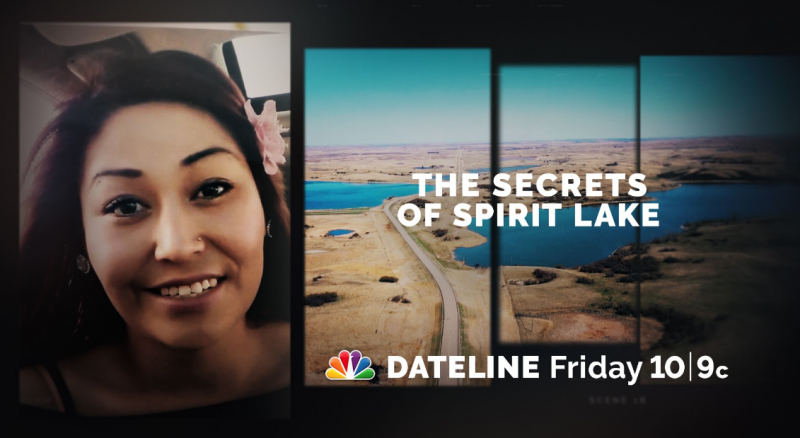 The epidemic of missing and murdered Indigenous women will be examined in a special one-hour Dateline NBC program called The Secrets of Spirit Lake.

NBC News’ Andrea Canning will report on how jurisdictional rules between tribal and non-tribal law enforcement can leave families alone in their search for answers, and on the growing movement demanding change.

“This is a crisis that's been happening in our country since colonization, and it's very, very deep. And so I'm grateful that we're seeing some action on it right now,” Sec. Haaland told Canning.

In addition to Sec. Haaland, Canning speaks with Lissa Yellow Bird (Spirit Lake), an advocate and investigator who helps solve cases, about how Yellow Bird’s search for answers in the disappearance of her niece, Carla Yellow Bird, exposed cracks in law enforcement.

The special, which airs at 10 p.m. (EDT) on Friday, is part of NBC News’ week-long The Vanished series, featuring in-depth and exclusive coverage on missing and murdered Indigenous women. Reports will air across TODAY, NBC Nightly News with Lester Holt, NBC News NOW, NBCNews.com and MSNBC.

The series will include NBC News correspondent Morgan Radford’s report on the difficulties one Indigenous family is facing as they search for their three-year-old child and NBC News correspondent Maura Barrett's interviews with grassroots organizers who are using their voice and social media platforms to push for change. Additionally, NBC News correspondent Antonia Hylton meets survivors of Holy Childhood, located in Harbor Springs, Michigan boarding school accused of abusing Native American children for decades. She examines why these schools are now reckoning with their traumatic legacy.