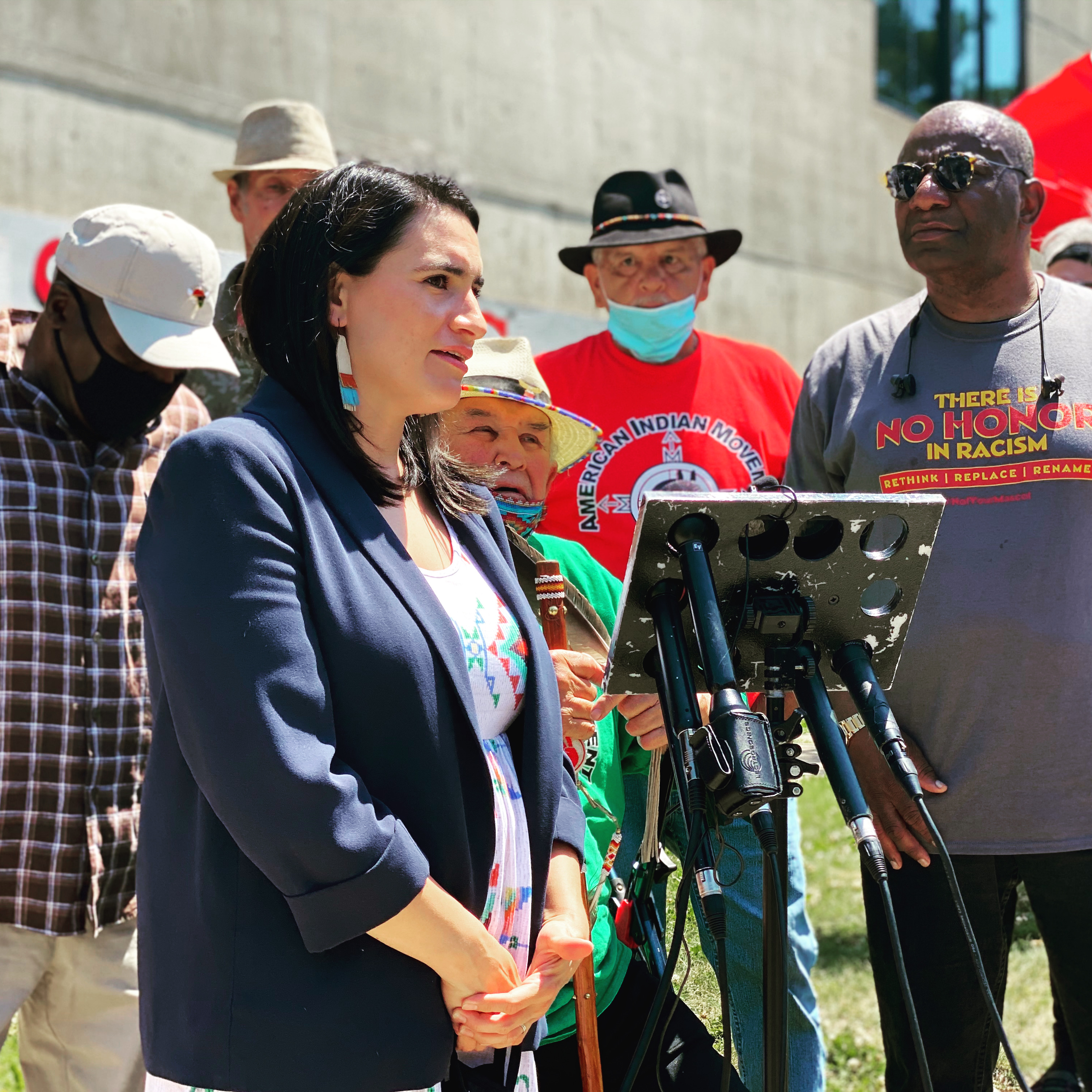 SAINT PAUL, Minn. — Minnesota Lieutenant Governor Peggy Flanagan was recently targeted by a GOP opponent for lieutenant governor, Matt Birk. Birk referred to her as “savage.” Flanagan is a citizen of White Earth Band of Ojibwe.

Last month, Birk was recorded at a National Right to Life Council event in Georgia, expressing that he doesn’t believe there should be an exception in abortion bans for rape victims. “Rape is obviously a horrible thing,” Kirk said at the event. “But an abortion is not going to heal the wounds of that. Two wrongs, it’s not going to make it right.”

Addressing the issue at a press conference held on Tuesday with Minn. Governor Tim Walz, Flanagan said, “These disturbing remarks are disrespectful toward survivors and the policy is even worse. The Jensen-Birk abortion ban deny survivors the choice to end their pregnancy and force them to live the lives their rapists chose for them rather than ones they wanted for themselves.”

Birk then responded in a video posted on Twitter, saying that Flanagan tried to “savage” him for his remarks.

“Using the word ‘savage’ in this way is a direct, racist attack against Lt. Gov. @peggyflanagan, the highest ranking elected #Native woman in history,” said Illuminative on Instagram yesterday. “Comments like this demean #Native women, Native peoples, & the people of MN & cannot stand. We call on #mattbirk to apologize immediately.”

Flanagan hasn’t provided a comment as of press time due to other demands, according to her press secretary.

Yesterday, WCCO interviewed Birk in regards to his comments and he said, “Savage is a word I used all the time. If someone is gonna get offended by that due to their Indigenous culture—you know, look, I guess I apologize.”

Flanagan is up for re-election with Walz on the Democrat Farm and Labor line.

“We can’t afford to elect anti-choice leaders who do not trust or respect survivors of rape and who think that we should discourage women from having careers,” she said at the Tuesday event. “A woman’s choice to have a career – much like her decision on when and whether to have a child – is none of Matt Birk’s business.”

This story has been updated to remove a quote from Suzan Shown Harjo.