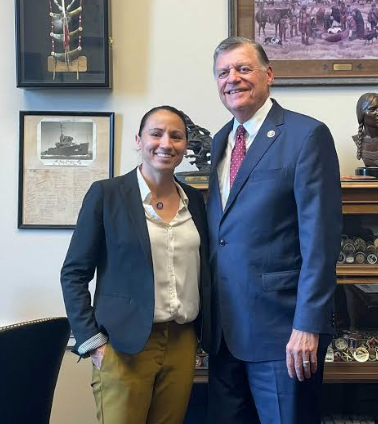 WASHINGTON — Representatives Tom Cole (R-OK) and Sharice Davids (D-KS), who serve as co-chairs of the bipartisan Congressional Native American Caucus, met this week to discuss priorities for the 117th Congress and what they hope to accomplish as co-chairs.

As part of its mission to encourage dialogue about issues affecting Native Americans, the caucus regularly convenes briefings, considers the impact of legislation on tribal nations and provides a forum for members on both sides of the aisle to exchange information, ideas and research.

According to Davids’ congressional office, Cole and Davids agreed that this Caucus has and always will remain bipartisan because the issues that matter to Indian Country and the government-to-government relationship are not and have never been partisan.

The members of the caucus aim to educate their congressional colleagues about the inalienable trust relationship each member has with Indian Country. Members host briefings for other congressional members and staff to help them better understand Indian Country and sharing important research.

At a high level, the caucus’ priorities are working to ensure Native Americans, Alaska Natives, and Native Hawaiians are included in appropriations, infrastructure, access to healthcare, and more.

“I look forward to advancing tribal voices and working with the Congressional Native American Caucus on matters vital to Native Americans, Alaska Natives, and Native Hawaiians, such as addressing the COVID-19 pandemic, increasing access to quality healthcare, investing in infrastructure like broadband, and combatting the crisis of missing and murdered indigenous people,” Davids said.