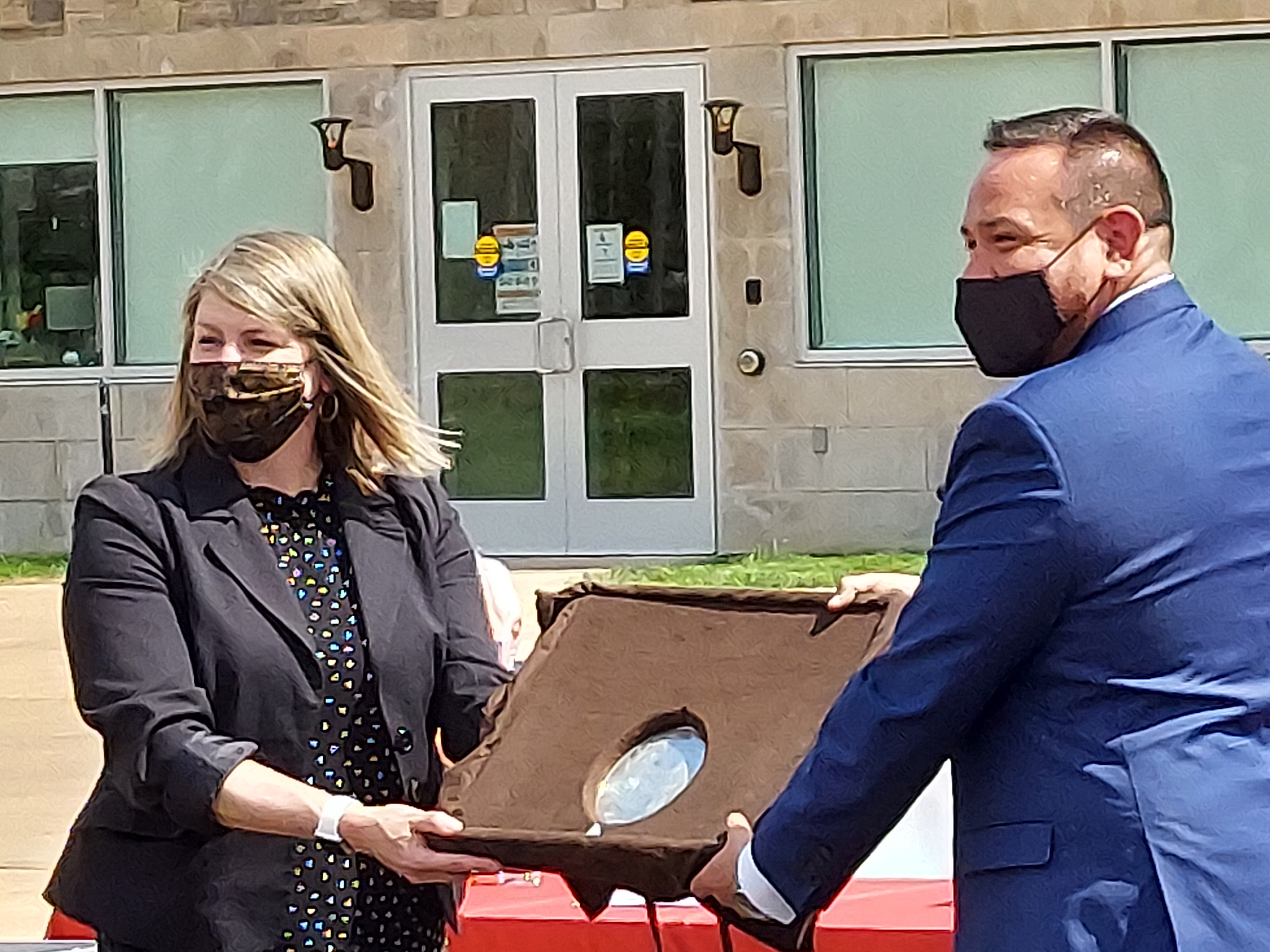 SALAMANCA, N.Y. — The Seneca Nation of Indians on Monday repatriated a Red Jacket Peace Medal gifted to Seneca Chief Red Jacket by President George Washington in 1792, after more than 50 years of it sitting in the Buffalo History Museum.

According to the Nation, the returned medal is “an object of cultural patrimony under federal law and a symbol of peace, friendship, and enduring relationships among the United States and the Six Nations.” It was gifted to Chief Red Jacket to commemorate discussions that led to the Treaty of Canandaigua of 1794, which was one of the earliest treaties between a Native Nation and the United States that confirmed peace with the Six Nations who occupied the border between the United States and British Canada, according to Smithsonian documents. Among the signatories of the treaty were Chief Red Jacket and Goerge Washington.

After Chief Red Jacket’s death in 1833, the medal was passed through several different hands, including President Abraham Lincoln, before ending up at the Buffalo History Museum in 1895, according to the Nation.

“This medal represents what lives inside each and every Seneca, the heart of a sovereign people and our rightful recognition as such,” said Seneca Nation President Matthew Pagels in a statement following the repatriation. “This is our identity as a Nation. It cannot be owned, bought or sold. It belongs to all of us and is passed from generation to generation so it can live forever.”

The Nation filed for repatriation with the museum in October 2020 under the the Native American Graves Protection and Repatriation Act (NAGPRA), a Congressional act that requires the return of Native American human remains, funerary objects, sacred objects, and objects of cultural patrimony.

“It is my fervent hope that the return of this medal to its rightful stewards will serve as a useful precedent for similar such artifacts around the United States and the world,” Schumer wrote. “The significance of this medal underscores the tremendous importance the Seneca Nation and the Iroquois Confederacy played in the formative years of the United States in the aftermath of the AmericanRevolution. The Treaty of Canandaigua, to which Red Jacket was a signatory, had a geopolitical impact that is still felt today.”

According to the Director of the Seneca-Iroquois National Museum, Joe Stahlman, the medal is only the beginning of the repatriation of stolen objects belonging to the tribe.

“We need to have moments of reconciliation,” he said in a statement. “There are things from the past that still matter to many of us of [sic] here today and we need to talk about them. We need to all heal and find peace.”

Buffalo History Museum Executive Director Melissa Brown said at the ceremony that the museum will continue to dedicate itself to reassessing its collection to ensure artifacts of cultural significance are returned.

“Much like what the Peace Medal represents, this is a sign of friendship and connection between the Museum and the Seneca Nation,” she said. “As we move forward, we look to collaborate with the Nation to ensure the legacy of Red Jacket and the history of the Seneca Nation throughout our future exhibits, programs, and community events.”

The Red Jacket Peace Medal will sit on display at the Nation’s Onöhsagwë:de' Cultural Center.