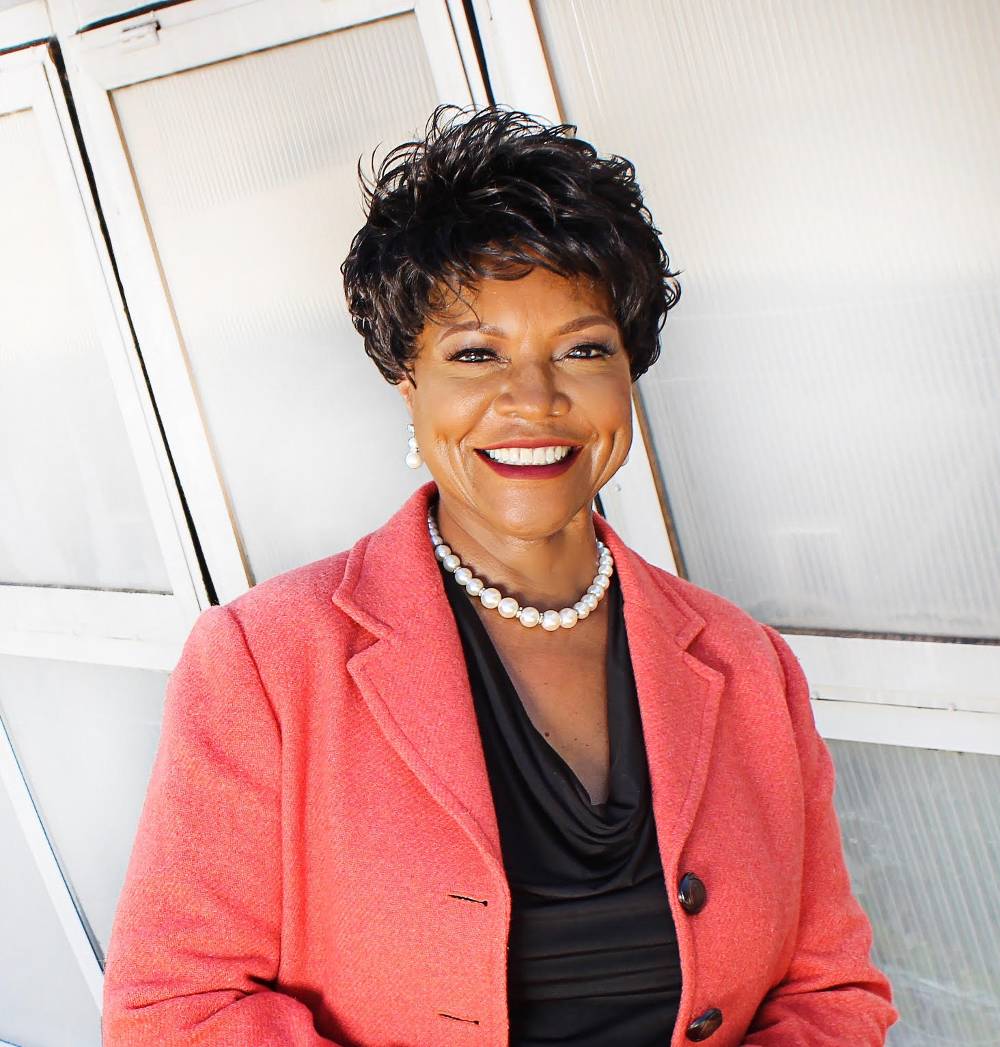 It’s a gubernatorial election year in Oklahoma, and that means the race to unseat Republican Governor Kevin Stitt is heating up. The Democratic Party Primary on June 28 sees two major contenders: Joy Hofmeister, a long-time Republican who became a Democrat late last year, and Connie Johnson, a life-long Democrat.

Besides current party affiliation, the two women have little, if anything, in common. Hofmeister is white. She was a Republican until last Fall. She’s the Oklahoma Superintendent of Public Instruction–the chief education officer in the state. (Read more about the state’s education system and privatization in a piece written by Native News Online’s Valerie Vande Panne.) You can read more about Hofmeister at Ballotpedia.

Johnson, on the other hand, has a long legacy of public service, which includes being a state senator and serving as vice president of the state’s Democratic party. She’s been outspoken on women's reproductive health rights, abolishing the death penalty, marijuana policy reform, mental health care, education, and cleaning up and protecting Oklahoma’s polluted, oil-and-gas industry saturated environment.

Johnson made national waves in 2012, when, as a state senator, she introduced the “Every Sperm is Sacred” amendment, meant to outlaw the depositing of sperm anywhere except in a woman’s vagina. It was her response to the Oklahoma state senate passing a bill that gave embryos and fetuses the rights of citizens. “If we’re talking about protecting life, let’s talk about life at its very beginning,” she told The Daily Show’s Al Madrigal at the time.

She was the only super delegate from Oklahoma to vote for Sen. Bernie Sanders at the Democratic National Convention–despite the fact Sanders won Oklahoma by a wide margin and carried all but two of Oklahoma's 77 counties in the state’s 2016 Democratic Primary. The move likely cost her the party’s endorsement during her 2018 run for governor, when the state’s Democratic Party instead endorsed former Attorney General and passionate pro-death penalty advocate Drew Edmondson. Edmondson lost the race to Stitt.

Johnson is of African American and Choctaw descent, and she is a vocal advocate for the state’s Tribes and Freedmen.

Earlier this month, Native News Online caught up with Johnson by phone.

Native News Online: You have a powerful legacy in Oklahoma, championing the underserved. Do you have party support?

Connie Johnson: Well, the Republican State Superintendent of Education was recruited and encouraged by top leadership in the Democratic Party, former Governor David Walters, and former governor Brad Henry to change parties and run as a Democrat late last year. I’d signed up in May, and was the only candidate announced going into the state convention in June. When I asked the national committeeman David Walters what it would take for me to get the party's support, he replied that they were looking for a serious candidate–one who could pay consultants.

I think this, number one, reduces what we're trying to do to an issue of dollars. And of course, I'm familiar with the fact that it does take money to run a campaign, but to exclude a person who is qualified, who is a Democrat, who's been a Democrat all of her life, who has been vice chair of the party, who has successfully diversified the party to include more of the base in the decision making process, who was responsible or the most economically impactful legislation of this century in Oklahoma and that is the legalization of medical marijuana; who wants to do more to flesh out our industrial hemp program. It just happens to be a black woman.

It just is consistent. Several black women in Oklahoma have experienced this same level of disregard. That is what the Democratic Party does. The party wants the support of black people. However, they do not view or regard black people for their leadership, and especially not black women.

You know, they're very loyal, Democrats, and tend to go along with leadership, but in this case, leadership is biased.

Native News Online: What’s going on with the State’s relationship with Tribal nations?

And Governor Stitt has totally disrespected the tribes and tribal sovereignty, even pre-McGirt, by trying to renegotiate the gaming compacts without wanting to meet with the tribes to come to some mutual agreement.

And, he was arrogant about it. He did a similar move with regard to the fishing and hunting licenses.

For him to continue to spend taxpayer dollars in court trying to go against a Supreme Court ruling is typical of him.

McGirt offers an opportunity, not something we should be testing and going to court about. I think we should be spending more time working with the tribes to figure out what a joint existence can look like.

The tribes have been a tremendous resource to the state of Oklahoma in the area of health care in particular, but also in the area of roads and bridges and jobs. The tribes are getting the short end of the stick with regard to the natural reserves and resources that occur in tribal land, and the state government has traditionally cheated them. And no one wants to talk about that, but I will.

Governor Stitt claims to be Indigenous. However, there's been calls from tribal members that he turned in his $5 card. He has such a contentious regard for the tribes and is so disrespectful. It just seems to be kind of consistent with his preferred way of engaging with people, as an elitist. We posted the other day that Black History Month came and went and the governor never said a mumbling word to celebrate the accomplishments of black Oklahomans.

I just think that's his MO, in terms of his preferred behavior–disrespecting, disregarding, not including, all of that.

All I can conclude is that that's just the way he believes in treating people. And I want to treat people equally. I want all Oklahomans to have the same opportunities, regardless of their socio economic status and their zip code. I don't think Governor Stitt shares that view.

Native News Online: Talk a little bit more about state policies, and where you differ from Governor Stitt.

Johnson: Sure. Let's start with education. I am a public school advocate. I believe we have a lot of work to do, especially post pandemic, to right what went wrong in public schools. The pandemic, I think, just exacerbated what was always wrong, what was always broken in the public schools, and I just know that that brokenness has been orchestrated by legislative neglect, by municipal and local school board manipulation, and the lack of funding and resources.

Public education has consistently been defunded and now we're at the point where we are 47th in the country in education.

The public schools are not empowered to do for all students what best meets their individual learning needs. They would take money from the system and put it in private pools of money instead.

I think the solution is to, number one, create a sustainable source of funding, and be transparent in making sure that funding goes to education.

Native News Online: What are some of your other issues?

Johnson: Infrastructure and criminal justice reform. Oklahoma’s roads and bridges are crumbling. Air quality is poor. The number of Superfund sites located in the predominantly black community in Oklahoma City. Our waterways in terms of the contamination and the cleanup that needs to happen in order to stop impeding the natural flow of the water.

Broadband is literally non-existent in rural Oklahoma. The pandemic exposed that when children tried to do online learning–disproportionately these things are occurring in underserved areas like the Superfund sites.

This governor has already stated that he plans to give no regard to equity and where funds get invested in the state of Oklahoma. And that's wrong. I've been a past advocate for inclusion of minority and small businesses in state government contracting.

This lack of inclusion keeps some groups doing well, and it keeps other groups susceptible to the dark side of society. You know, like getting a felony, serving time in prison. Children being put in foster care. All of the dark side issues are being perpetuated by decisions that are made about inclusion or in this case, non-inclusion.

Repairing our infrastructure offers an opportunity for jobs. The overall societal impact that can be addressed through the infrastructure funding coming to this state is an amazing opportunity–If we can find the right leadership that wants to include everyone, be inclusive of everyone.

Also, the jails and the prisons have become the biggest mental health hospitals. We must restore our community-based mental health delivery programs now. There are three big players and those three big players, however, have terrible records when it comes to diversity and inclusion and even the methods of treatment in these facilities focus a lot on pills. They lack culturally competent providers to actually engage in counseling with people. I go back to the legislature in terms of the behavioral health board that was created towards the end of my tenure. It’s made up of all white people, not one person of color.

You know, a person of color as governor of the state of Oklahoma ensures that these kinds of impacts trickle down throughout the state, so health and mental health delivery systems can be fixed. They have to be fixed by someone who knows the past and will therefore not be likely to repeat it in the future.

Johnson: At the top of the list in this area is the death penalty.

Governor Stitt has killed three people in the last three months and has three more people in the queue. Many are questioning the legitimacy of our execution drug protocols. They have lined people up to kill them.

I'm against the death penalty. The governor has tried to play God, especially in the case of Julius Jones, which got national and international attention when he waited until the 11th hour to commute.

When I'm elected, I will release Julius Jones. There will be no more death penalty. No more executions performed in the state of Oklahoma while I'm Governor.

The Oklahoma primary is June 28. To register to vote, visit https://okvoterportal.okelections.us/Home/RegWizard.