Racist Teddy Roosevelt Statue to Relocate to North Dakota; Tribal Leaders Say They Were Not Consulted 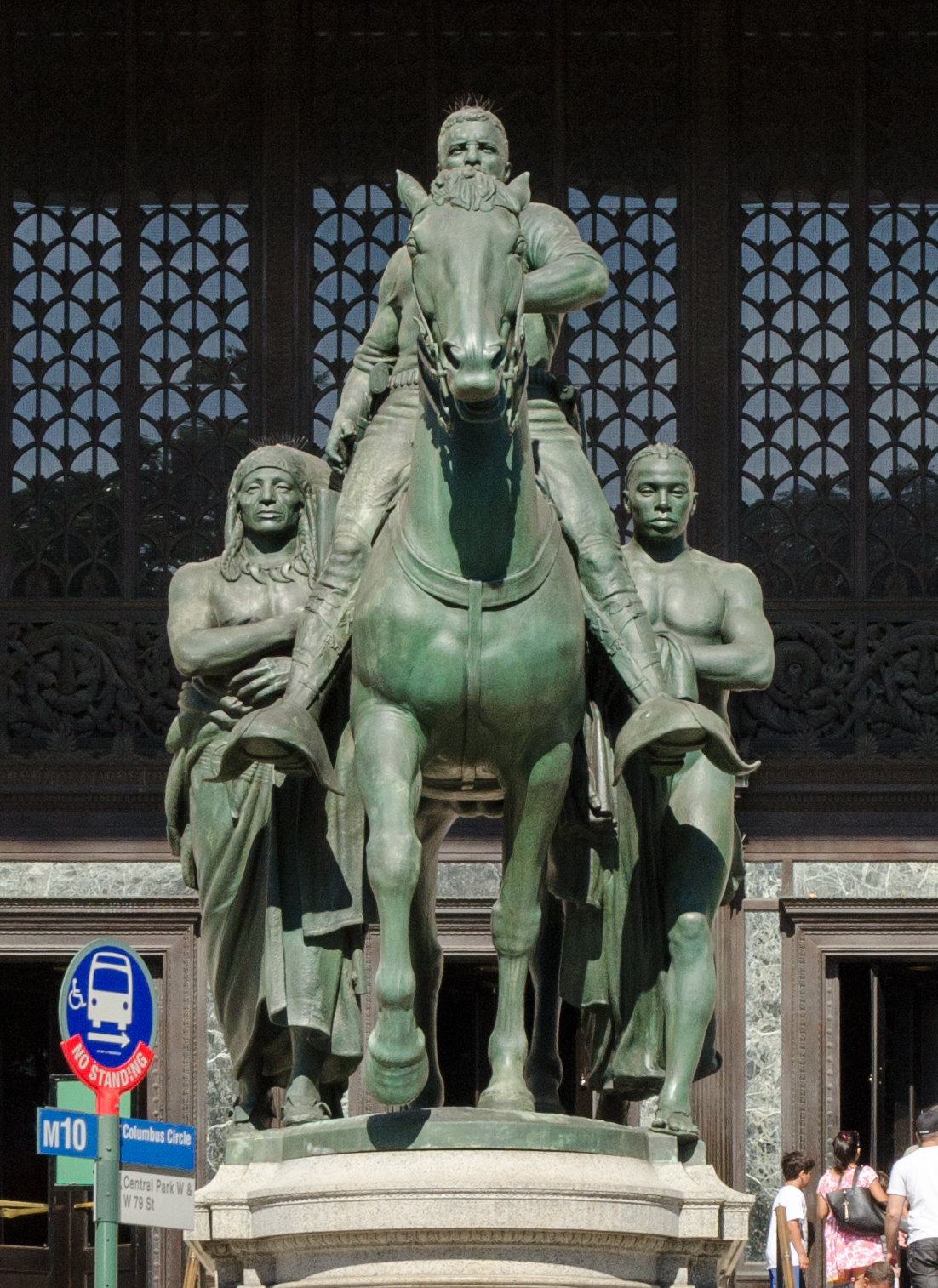 As employees and spectators gear up for the annual Macy’s Thanksgiving Day Parade in New York City, the controversial Theodore Roosevelt statue depicting—literally— racial hierarchy, still stands at the head of the parade route on Manhattan's Central Park West.

But it won’t for much longer.

Last week, the North Dakota-based Theodore Roosevelt Presidential Library Foundation— set to open in 2026—finalized an agreement with the American Museum of Natural History to take the statue on “long term loan” and eventually repurpose it into its own “contextualized” exhibit.

“Museums are supposed to do hard things,” chief executive officer of the Theodore Roosevelt Presidential Library Foundation, Edward O’Keefe, said in a statement. “It is said that ‘those who do not learn from history are doomed to repeat it,’ and our job is to forthrightly examine history to understand the present and make a better future.”

The statue depicts the 26th president on horseback flanked below by two sparsely-clothed men: a Native American on one side, a Black man on the other. It’s not just the levels of the statue that protesters react to, but the president himself: Roosevelt supported the land allotment system that favored conservation, but at the cost of displacing Natives of their land--more than 230 million acres of it.

He’s also remembered for his support of eugenics, and his public address in 1886 where he said: “I don’t go so far as to think that the only good Indians are the dead Indians, but I believe nine out of every 10 are. And I shouldn’t like to inquire too closely into the case of the tenth.”

The fate of the so-called "Equestrian Statue" has been in limbo since June 2020, when the police killing of George Floyd in Minneapolis begot nationwide protests against racism. But Indigenous, African American, and other people living in the City have long objected to the statue. On Tuesday, the sidewalk in front of it showed red paint stains from the nights leading up to the City of New York’s celebration of Columbus Day.

In response to last year’s protests, the City of New York, which owns the building and property housing the American Museum of Natural History and the steps where the statue sits, agreed to take it down. Mayor Bill de Blasio backed the decision, saying the “problematic” statue “explicitly depicts Black and Indigenous people as subjugated and racially inferior.”

Over a year later, it still stands.

The plan now is to relocate it to the town of Mendora, North Dakota, the gateway to Theodore Roosevelt National Park and the town where Roosevelt briefly moved to hunt bison. A large swath of the national park sits on land seized from the Mandan, Hidatsa, and Arikara (MHA) people in the 1851 Treaty of Fort Laramie.

“I’ve gotta be honest, I’m not a big fan of Theodore Roosevelt. He’s made some really disparaging remarks about Native Americans,” said Chairman of the MHA Nation, Mark Fox.

“If the state of North Dakota or the [library] asked for our endorsement directly...My answer would be hell no,” Chairman Fox told Native News Online. “I think it’s ignorant and inappropriate.”

According to the library’s new release, the statue will remain in storage until the presidential library is complete. Then, the organization will form an advisory council--composed of tribal representatives, African Americans, historians, scholars, and artists-- “to guide the recontextualization of the statue.”

“As a Native person, you have to be in disagreement (with) the statue itself,” he said. “What is the statue itself trying to say? To me it denoted that there’s a superiority of the white man over the tribal people.”

Still, McDonald said that using the statue to portray the true history of Roosevelt could be educational.

“If they're going to have something there that provides an accurate history of this president and how he felt towards tribal and Black people, then maybe there’s an educational opportunity for the public,” he said. “If that’s truly going to happen.”

Scott Rohan, spokesperson for the American Museum of Natural History told Native News Online that the process of disassembling the statue will take “several months” and begin this fall of 2021. The museum says it will cover removal expenses.

“When you think about it, where you’re at in New York and where I’m at (in North Dakota), it doesn’t matter,” McDonald said. “It’s all tribal land.” 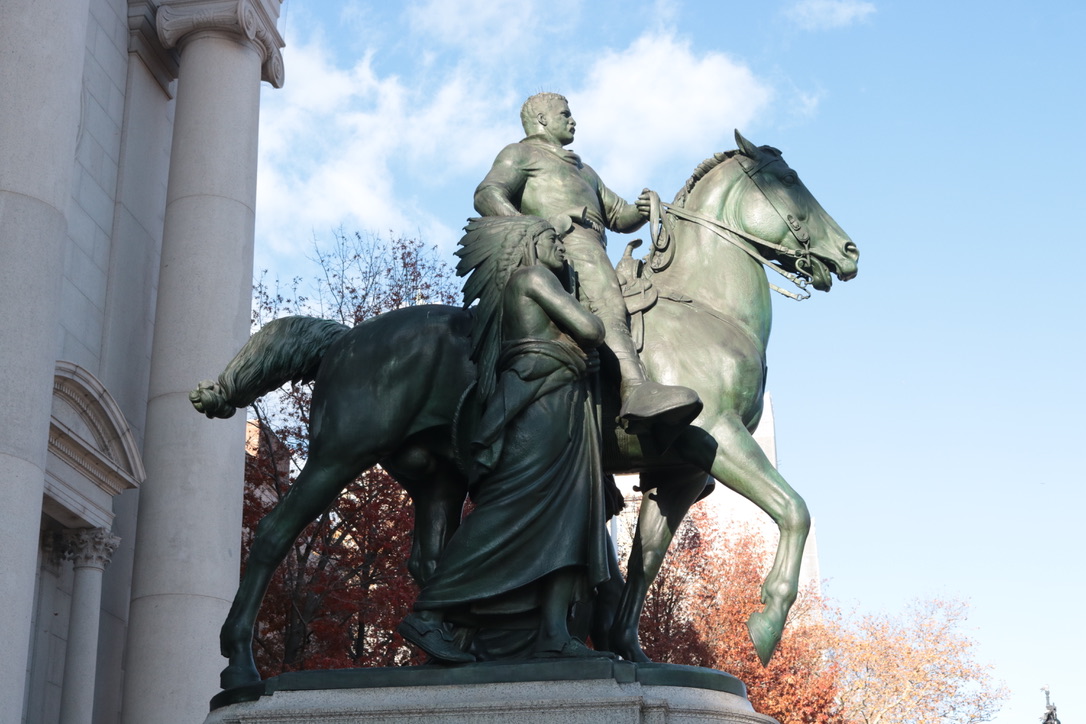