"QAnon Shaman" Arrested for His Role at Wednesday Riot at U.S. Capitol 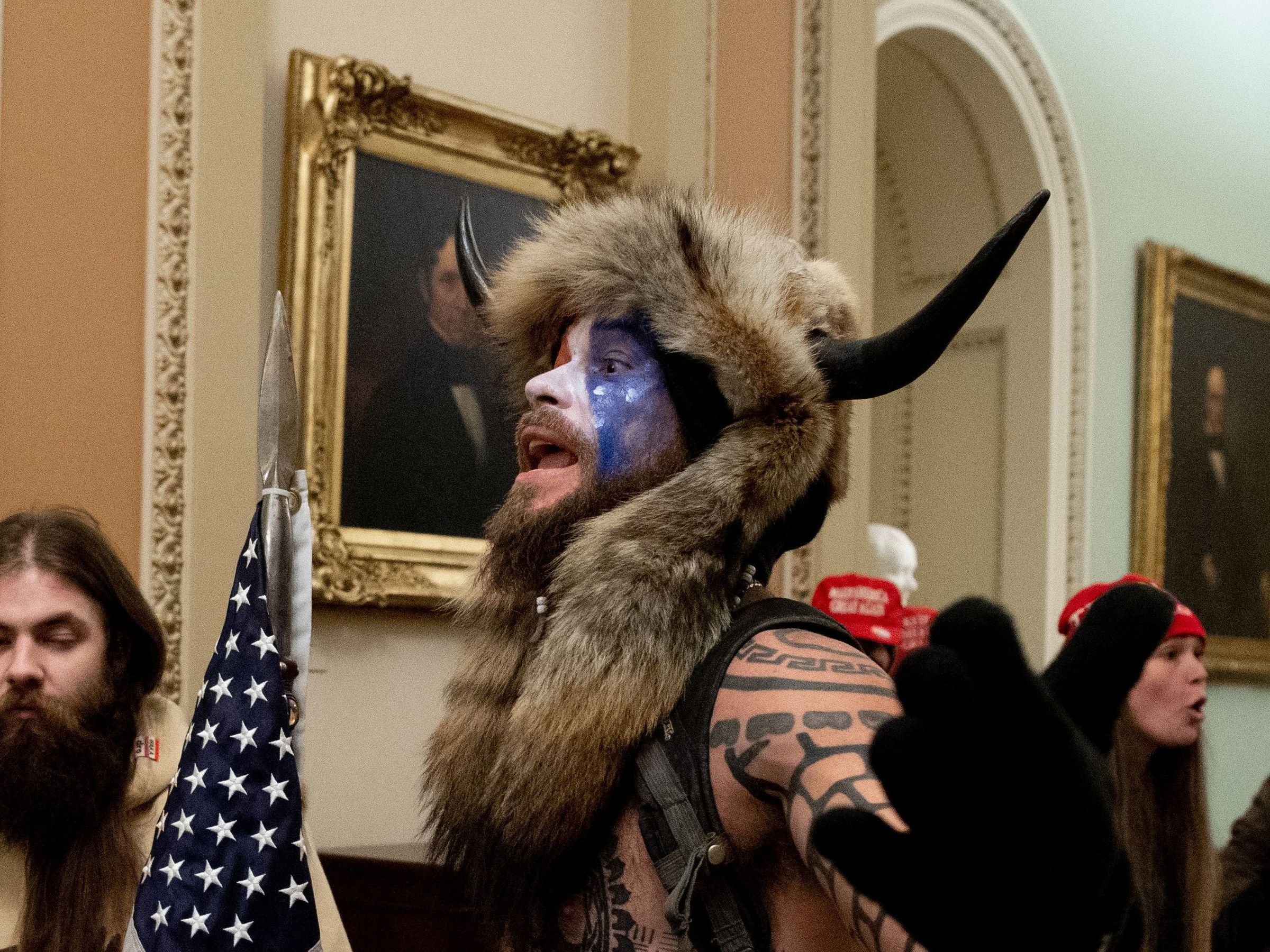 WASHINGTON — The U.S. Attorney’s Office - District of Columbia on Saturday said Jacob Anthony Chansley, a.k.a. Jake Angeli, of Arizona, was charged with knowingly entering or remaining in any restricted building or grounds without lawful authority, and with violent entry and disorderly conduct on Capitol grounds on Wednesday.

Chansley was taken into custody today, according to a news release from the U.S. Attorney’s Office – District of Columba.

“It is alleged that Chansley was identified as the man seen in media coverage who entered the Capitol building dressed in horns, a bearskin headdress, red, white and blue face paint, shirtless, and tan pants. This individual carried a spear, approximately 6 feet in length, with an American flag tied just below the blade,” the news release said.

Chansley, who is involved with QAnon and is a pro-Trump supporter, was first identified as Jake Angeli because he uses that name. Native News Online identified him on Wednesday as Angeli based on other reports.

His costume drew the attention on social media and circulated heavily by American Indians, many of whom circulated memes of Chansley.

Chansley calls himself the “QAnon shaman.”

According to the Washington Post, Chansley called the FBI on Thursday to speak to law enforcement. He “stated that he came as a part of a group effort, with other ‘patriots’ from Arizona, at the request of the President that all ‘patriots’ come to D.C. on January 6, 2021.”

Chansley was identified by law enforcement through public databases, including an Arizona’s driver’s license photograph.

Chansley told an Arizona news source last year he dresses in his costume to attract attention.