This Trumpster is Indeed “Something Else,” but he’s NOT Native American 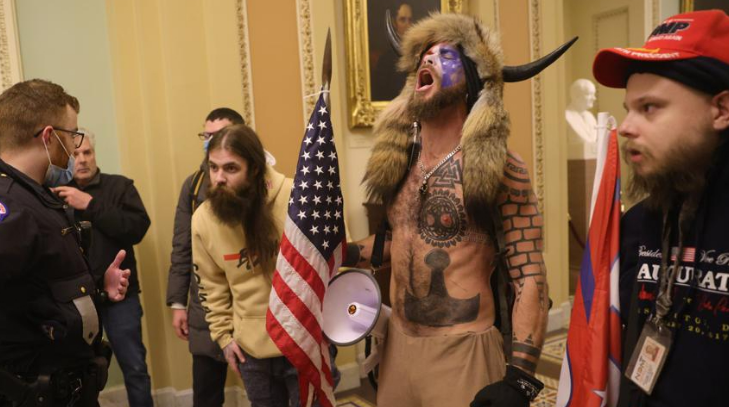 WASHINGTON — Meet Jake Angeli, the Trump supporter who stormed the U.S. Capitol on Wednesday with his face painted, bare-bodied and wearing a fur headdress with black buffalo horns.

Angeli is a 33-year-old QAnon supporter, who was spotted last year at various right-wing political rallies in Arizona. Last February, he protested outside the Arizona State Capitol during a pro-Trump rally with a sign that read, “Q Sent Me.”

Arizona Republic reported Angeli was shouting, “You all know who Q is?” and explained to passersby that Q “was a government agent who wanted to ‘take the country back’ from pedophiles and globalists.”

In his other life, he wants to be an actor, does voice over, and touts his public speaking skills.

After appearing in numerous photographs taken at the Capitol on Wednesday, a number of people on Native social media pages speculated whether Angeli might be Indigenous. Many wanted to know who he was and where he was from, and some were relieved to know he is not Native, despite his fur-clad outfit. 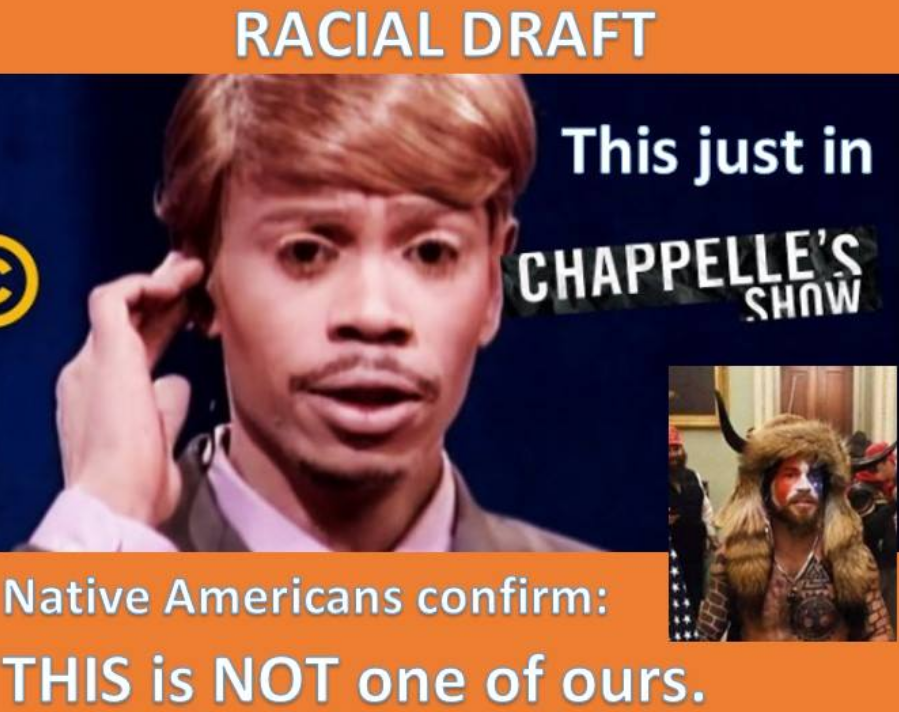 Memes were quickly shared on social media after Jake Angeli appeared in a number of photos depicting rioters at the U.S. Capitol.

Some found Angeli’s costume, not to be confused with regalia, humorous. Photos of Angeli produced humorous memes on social media, similar to Election Day night last November when CNN referred to Native Americans as “something else” in an exit-poll segment.

Well, Angeli is not Native American, but it can be said he is “something else.”

Angeli, who clearly trespassed when he entered the Senate chamber, made his way to the speaker’s desk.

Amid the chaos on Wednesday, Angeli told a Globe and Mail reporter that police eventually gave up trying to stop him and other Trump supporters who breached the Capitol. After some time passed, police “politely” asked Angeli to leave and let him go free.