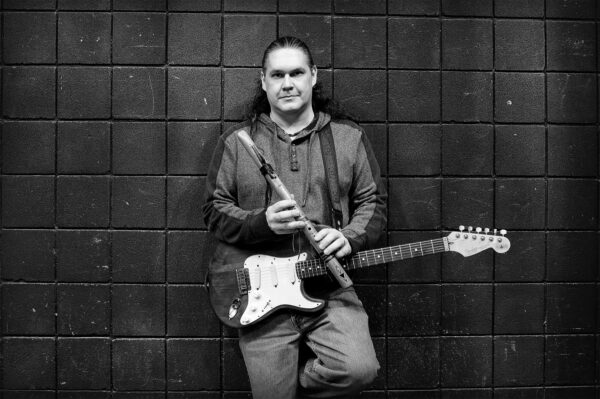 NIAGARA FALLS, New York -  The National Native American Music Association (NAMA) just launched a new podcast hosted by Ed Koban, an accomplished Niagara Falls-based recording artist who has performed alongside the likes of Foghat, Three Dog Night, Molly Hatchet, Indigenous and Rusted Root. The new NAMA Podcast, which is streamed at Anchor.FM, is a monthly 90-minute program featuring personal interviews with past NAMA award winners, along with the latest information on the organization and its 20-year history.

The show is also streamed on Spotify, Anchor, Google Podcasts and other podcast services. Koban, 52, recently chatted with Native News Online about the new show and his life as a professional, eclectic guitar slinger. With a broad sound that ranges from gentle, acoustic ballads to blistering electric rock and blues, his dynamic recordings are one of a kind. Music aside, Koban also discusses his recent battle with COVID-19 and how he’s dealing with the pandemic. Prior to COVID-19, how often were you out gigging with your band?

I have never felt as if I was part of the local Buffalo area music scene, and not from lack of trying (laughs). So my shows tend to be a bit more spread out both geographically and on the calendar. I perform with different artists throughout the year at various places and have been fortunate enough to play some very cool gigs over the years, like the Winter Olympics, the Kennedy Center and, of course, my role in the house band at the Native American Music Awards every year.

Since COVID-19 shut everything down, how have you been? I actually caught it in early March and it was a pretty rough illness. I do have a day job working in behavioral health with individuals who are diagnosed with developmental disabilities, compounded by mental illness. The pandemic has been difficult for many in that demographic, so it's been a pretty busy time for me in that regard.

One positive thing to come out of these stressful months is the new NAMA Podcast. Whose idea was that?

I had been wanting to get into podcasting for a while, so I suggested it to NAMA President Ellen Bello and she gave it the green light. After working with, and meeting, so many artists as part of the NAMMY award show, I thought it would be cool to share some of the stories behind the artists. We chat about their backgrounds and where some of their songs come from. We’ll also keep everyone up to speed on what’s happening with NAMA and this year's awards show.

This is a once-a-month program, correct?

The podcast will come out monthly, though we might move to every two weeks if it goes well. It will be audio format, no video at this point, with music and interviews from NAMMY winners and nominees past and present, news about the awards show such as submission dates, show dates and all that. We’ll also discuss relevant issues from Native Country.

Growing up in Lockport, New York, what do you remember most about your childhood?

I had a pretty normal childhood. Growing up in the 1970s and ‘80s I remember thinking how different things had become: the music, clothing, technology, even the weather. I was always pretty cognizant of things changing and wanted to stay up to speed. 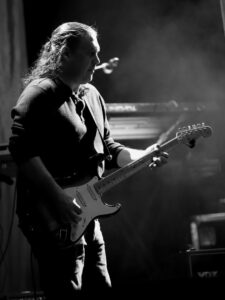 What was it that first led you to music?

I’m a city boy who grew up in a pretty tight, but maybe a bit rough-and-tumble, type neighborhood. I got turned on to music by some of the older kids in the neighborhood. I listened to music constantly. Then when I was about 14, I saw a local band called Talas from Buffalo. They had a then-unknown bassist named Billy Sheehan and I was so blown away. I took all my Christmas presents back and bought my first guitar, so that pretty much started it all.

Did you ever venture beyond the guitar much?

I can play the guitar and Native American flute. I dabble in other instruments, but not very successfully (laughs).

Does anything in particular inspire you to sit down and play?

Bruce Lee used to speak about “emotional content” and making every move matter. I try to apply that to my music. I have to be feeling something to write or play at my best level. Sometimes it builds up and you have a deep well to draw from. Other times, it's hard to muster.

Over the years, how has your playing evolved?

Having found myself in the role of hired gun sometimes, I feel like my style has evolved by incorporating what I’ve learned or discovered while playing types of music that aren't necessarily in my comfort zone. I realized I do poorly when I try to imitate or mimic a player or genre, so I’ve learned how to better adapt my style into different genres and styles — some efforts are more successful than others.

Have any players/musicians remained an influence with you over the years?

I have always found inspiration in Pura Fe’s music. To me she is as real as it gets. Beyond that, I get inspired mostly from getting turned on to new music, artists, sounds and experiences. The people I play with, especially in the Ed Koban Group, definitely inspire me. I try to surround myself with players who are far better than me. It keeps me trying hard and learning constantly.